With this book, Michael Foley sets out to present the basic components of political leadership and examine the key dimensions relating to leadership activity and development. Chapters cover types of leadership, the factors that influence followers, and international leadership. Ben Mueller would have liked to see the author take a more innovative approach, though he writes that this book will surely become a staple for politics students in the UK, owing to its careful and complete coverage of the main aspects of leadership. Unenviable is the academic who sets out to write a textbook on leadership. Here is a topic that we humans, communal creatures that we are, can all claim to have some understanding of, be it experiential or executional. Who doesn’t remember an encounter with someone who had that indefinable quality that marked him or her out as ‘fit to lead’? Who can’t recall instances of being led – by that inspiring teacher, rousing coach, adept boss – or of being misled? This is not to make some trite remark about the ubiquity of leaders, but to point out the elementary obstacle that all attempts at ‘leadership studies’ must overcome: the phenomenon of leadership is one of the fundamental features of the human condition. It is not surprising that leadership crops up in some form or other in all the social sciences. This is a subject that has attracted the attention of thinkers for thousands of years, which is indicative both of how extraordinarily difficult it is to comprehensively study leadership outside of a defined disciplinary niche – say, management studies, or comparative politics – and of the challenge to add something meaningful to the subject. Even Isaiah Berlin, one of the finest political philosophers of the 20th century, managed to produce only a disappointingly vague and thin essay on the topic.

Michael Foley, author of Political Leadership: Themes, Contexts & Critiques, is well aware of this, as he makes clear early on in his book, in which he aims to analyse the ‘basic components of political leadership’ and examine the ‘key dimensions relating to leadership activity and development.’ Foley correctly diagnoses one of the conceptual vexations raised by the study of leadership in the social sciences: namely, that it is difficult to problematize individual agency in disciplines that aspire to uncover social regularities and generalisations. Foley’s introductory survey of the field of leadership studies, and the various breeds that graze on it – cognitive psychology, biographical history, group sociology – leads him to the sensible methodological conclusion that for his endeavour to succeed, he best engage with ‘the largely ignored middle ground’ between the spectrum of analysis, which ranges from biographical narrative on the one hand, and leadership as but a variable in a given social scientific analysis on the other hand.

Foley proceeds to cover a lot of ground. Leadership is studied from all angles, and he presents them all: styles, types, political externalities, followership, the life-cycle of leadership, organisational aspects, questions of communication, women leaders, and international leadership are among the topics he examines. For each of these topics he presents the key works and viewpoints in a synoptic but not cursory manner. This makes the book a useful reference work as a go-to guide for students of politics who seek to acquaint themselves with a particular aspect of leadership. Readers will gain an understanding of the main debates and be presented with a footnote with about ten works on the subject to get started.

This is also the source of the chief problem with Foley’s work. Since leadership is a contentious research matter a large chorus of voices is involved, each of which competes to make itself heard as the valid perspective. Foley runs the risk of trying to include adherents from every perspective and satisfying none of them. Moreover, the enormity of the ground to cover makes it difficult for the book to develop a coherent, well-flowing structure.

To be sure, these problems are the result of Foley’s otherwise praiseworthy ambition to write ‘the’ book on political leadership, which has two stylistic consequences: one, he has to give space to as many perspectives as possible, and two, he cannot advocate a particular research hypothesis, which would give his study a concise structural framework. Take, for instance, The Dictator’s Handbook, a Freakonomics-style take on political leadership by Bruce Bueno de Mesquita and Alastair Smith. Since they explicitly aim to demonstrate the salience of rational choice as the main analytical driver of political leadership, de Mesquita and Smith have their work cut out for them: set up the theory (‘leaders seek political survival’), divide the subject into a few easily understood topics (rising to power, maintaining power, etc.), and express it all through a series of detailed historical case studies. The end result is a readable, entertaining, and thought-provoking book that makes the case for one perspective of how to understand leadership. Foley, by contrast, has to treat rational choice as one of many relevant perspectives. As a result, his writing is piecemeal, rarely pursuing particular concepts in-depth, in an effort not to appear beholden to one idea.

Dotted throughout the book are boxes containing highly interesting case studies which bring theory to life. Unfortunately, they are typically short, mostly consist of lengthily quoted passages from other authors, and are rarely discussed. In the chapter on ‘Being a leader,’ for instance, Foley illustrates the idea that one’s psycho-cognitive roots determine one’s leadership characteristics by looking at the grim, abusive, and psychopathic upbringing of Saddam Hussein – a great example of how a leader’s behaviour can be explained by underlying psychological issues. But this is surely just the start of a wider discussion of the issues at stake here: why did Saddam Hussein become the butcher of Baghdad while other potential Saddams do not end up going down this path? What is the degree of influence that our psychosocial heritage has over our leadership skills? These are profound questions, that bring to the fore some of the foundational debates in social science – issues of nature vs nurture, determinism vs free will – in the context of what it means to be a leader. Foley does not engage these debates. Cognitive approaches to leadership – a scientific approach to some, and meaningless psych-babble to others – are presented, like all others, in a somewhat methodical fashion, not in the context of a fiery debate. It is a safe stylistic option, but unfortunately not one that makes for a riveting read.

Foley has bitten the bullet and written a rare textbook on leadership, a subject that is at once over- and under-studied in politics. Instead of structuring his book around a series of provocative and insightful debates, he opted for a blander approach imbued with thorough neutrality. There are good reasons for this. After all, the author who purports to understand leadership is, in some way, claiming to understand human nature. Foley is too much of a scholar, too aware of the precariously thin ice on which scholars tread when they study leadership, to fall prey to this temptation.

His book is surely going to become a staple for politics students in the UK, owing to its careful and complete coverage of the main aspects of leadership. But for that very reason it is not going to become a must-read in the annals of leadership studies. It would have taken a more visionary approach for that to have been the outcome. Although Isaiah Berlin would probably retort that, as in leadership, the loud and visionary author is likely to be less effective than the silent pragmatist. In the confines of leadership studies, then, Foyle’s approach is vindicated.

Ben Mueller – LSE IDEAS
Ben Mueller is the International Relations Stonex PhD Scholar at LSE IDEAS. His research focuses on systemic change in international politics. Ben studied PPE at Oxford and then took an MSc at LSE. Prior to his PhD studies he was a Visiting Associate at Boston Consulting Group. 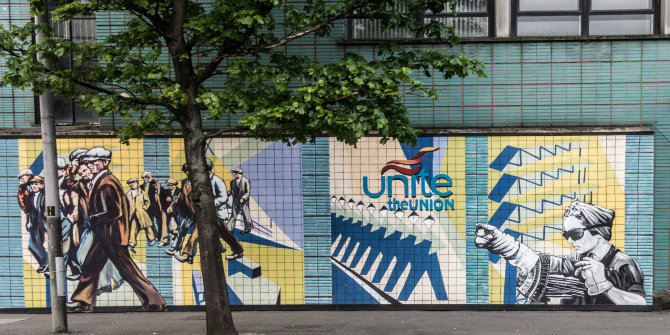