On 14 June, Alexander Stubb was selected as the new leader of Finland’s ruling National Coalition Party, ensuring that he will become the country’s next Prime Minister. Tapio Raunio writes on the impact the appointment will have ahead of the country’s 2015 parliamentary elections. He argues that Stubb’s pro-EU views and desire to take Finland into NATO will set the background for the upcoming election campaign, with the Eurosceptic Finns Party in particular likely to lead opposition to the government.

The European Parliament elections in Finland were sandwiched between two highly interesting leadership contests. The second largest governing party, the Social Democrats, elected a new leader two weeks before the elections, with the challenger Antti Rinne beating narrowly the incumbent party chair Jutta Urpilainen with 257 to 243 votes. The leading cabinet party, the centre-right National Coalition Party, had in turn been taken by surprise when Prime Minister Jyrki Katainen announced in early April that he would not be seeking another term as the party chair. On 14 June, the party congress elected Alexander Stubb as the new party leader, meaning he will also become the new Prime Minister.

Stubb, 46, certainly has an impressive CV for a modern European Prime Minister. Born to an affluent bilingual (Swedish and Finnish) family, Stubb is also fluent in English, French and German, having studied in the United States, France, and Belgium before earning a PhD at LSE in 1999 with a thesis on differentiated European integration (published in 2002 by Palgrave as Negotiating Flexibility in the European Union: Amsterdam, Nice and Beyond).

Stubb worked as a civil servant both for the Finnish government and the Commission (including as a personal adviser to Commission president Romano Prodi), before winning a seat in the 2004 European Parliament elections with the second largest tally of personal votes. In 2008, he was appointed the Foreign Minister and in the current government he has served as the minister for European affairs and foreign trade. In the European Parliament election held in May, Stubb received by far the highest amount of personal votes, and it is likely that this electoral triumph persuaded many to vote for him in the leadership contest.

When Stubb entered Finnish politics, he seemed like a breath of fresh air with his relaxed yet smart ‘European’ outlook and sharp and straightforward comments. A manic tweeter and a self-confessed sports nut who competes in marathons and triathlons, Stubb appears particularly popular among younger, liberal internationally-oriented voters. However, Stubb’s frankness and clear opinions may come to haunt him. Stubb supports both a federal Europe and NATO membership, whilst attacking trade unions and favouring more market-led policies. Stubb has openly acknowledged that international affairs are his strength, but as the PM he needs to also master complicated socio-economic issues such as the reorganisation of social and health services and municipal reform.

In terms of the forthcoming parliamentary elections, scheduled for April 2015, Stubb’s premiership is only good news, as we can expect a lively campaign where also European and international affairs play a central role. While Stubb needs to moderate his discourse as a PM, his views are not forgotten by the competing parties. In particular, the two leading opposition parties, the Finns Party and the Centre Party, are guaranteed to highlight Stubb’s federalist, pro-NATO and right-wing views – and how such sentiments are not shared by the clear majority of the electorate. However, perhaps the main question marks concern the Social Democrats and the Finns Party, two parties that have experienced very different fortunes recently.

Social Democrats: from bad to worse?

The European elections were another disaster for the Social Democrats. While they retained their two seats in the Parliament, the vote share fell to 12.3 per cent, the lowest ever for the party. In the polls conducted this year the Social Democrats have received around 15 per cent support, and the party faces the possibility of being relegated to the ranks of medium-sized parties. Social Democrats have not been as strong in Finland as in the other Nordic countries, but they were the largest party in all parliamentary elections held from 1907 to 1954, and since the 1966 elections they have finished first in all elections, apart from those held in 1991, 2003, 2007 and 2011. Hence the current ratings come as a shock for the party faithful, who are rightly concerned about the future of the social democratic movement in Finland.

The dilemma facing the Social Democrats is typical for centre-left parties across Europe. At its core are two interlinked questions: whether to defend traditional leftist economic goals or endorse more market-friendly policies; and who the party represents. These questions surfaced also in the party leadership contest that ended in the narrow victory for Antti Rinne, a trade union leader with no previous parliamentary experience. Rinne was very much the ‘trade union candidate’, and the unions of both metal-workers and paper-workers supported him.

Rinne defeated the more moderate and centrist Jutta Urpilainen, who had led the party since 2008 when she became both the first female leader of the party and, at 32 years, the youngest ever party chair. As the opposition leader until the 2011 elections, Urpilainen deployed strong leftist rhetoric, but that changed very quickly when her party entered the cabinet and Urpilainen herself became the finance minister. Urpilainen faced the unenviable task of trying to steer the country through economically demanding times, introducing a string of cuts to the national budget whilst supporting Eurozone austerity measures. After losing the leadership contest Urpilainen expressed relief that she could go back to the normal life of a backbench MP, and it is easy to believe that she really meant those words.

Whereas Urpilainen mainly emphasised general (critics would say vague and empty) themes like justice, equality, or fairness, Rinne has stressed job creation and economic growth – and a more active role for the government in meeting these goals. The victory of Rinne suggests that the rank-and-file Social Democrats yearn for a return to more leftist politics, but Rinne, who will become the new Finance Minister, must strike a balance between advocating left-wing policies and the need to portray himself as a credible manager of the national economy. A job easier said than done, and Rinne knows that he must turn his party’s fortunes around before the spring 2015 elections.

But perhaps the biggest question mark concerns the Finns Party, the populist and Eurosceptic party which made a breakthrough in the 2011 parliamentary elections, winning 19.1 per cent of the votes, a staggering increase of 15 per cent on the 2007 elections and the largest ever increase in support achieved by a single party in parliamentary elections. In the 2011 elections the problems affecting the Eurozone produced heated debates, and the EU – or more precisely the role of Finland in the bailout measures – became the main topic of the campaign. The Finns Party clearly had an electoral incentive to capitalise on the Eurozone crisis.

The party is the only one represented in the Finnish Parliament that has consistently been opposed to European integration – and also the only party which has systematically used the EU as a central part of its electoral campaigns and political discourse. They have forcefully attacked the consensual modes of decision-making used in Finland and demanded public debates about Europe, calling for an end to ‘one truth’ politics. Indeed, it was the ‘outsider’ position which enabled the Finns Party to benefit from these developments. As the party was not part of the consensual arrangements, it could attack the existing status quo and the bailout measures with more legitimacy and credibility than its competitors.

The Finns Party and the election campaign have also affected national EU policy. Since entering office in June 2011, the ‘six pack’ National Coalition-led cabinet – reduced to a mere five-party government after the exit of the Left Alliance in March 2014 – has taken a tougher stance in EU negotiations. The government has demanded bilateral guarantees on its bailout payments; attempted, on its own, to reject 85 per cent majority decision-making in the European Stability Mechanism (ESM), demanding unanimity instead; and blocked, together with the Netherlands, the entry of Bulgaria and Romania into the Schengen area.

Whether this signals a more long-term change to national integration policy remains to be seen, but at least in this electoral term the government is under considerable domestic pressure not to make too many concessions in Brussels. More broadly, it appears that the emphasis on national interests and the role of smaller member states has become more pronounced in Finland in recent years, and the success of the Finns Party has pushed the other parties in the direction of a more cautious EU discourse.

While the party did not perform as well as many expected in the European Parliament elections, with 2 MEPs and 12.9 per cent of the votes, the Finns Party is certainly still a strong contender even for the position of the largest party. In the latest poll carried out in May, the party finished third with 18.9 per cent, just behind the National Coalition (20.1 per cent) and the Centre Party (19.5 per cent). Their charismatic leader, Timo Soini, who made the decision to stay in the opposition after the 2011 elections mainly due to disagreements about EU policy, has repeatedly emphasised that he wants his party to join the government.

However, the main headache for Soini comes from within his own ranks. Parties are rarely unitary actors, and The Finns Party is certainly no exception. Of the 39 Finns Party MPs elected in 2011, 34 have no previous parliamentary experience, and, significantly, the parliamentary group contains an anti-immigration faction, several members of which have made news headlines through their controversial semi-racist statements or otherwise disreputable behaviour.

The unofficial leader of the anti-immigration faction is Jussi Halla-aho, who was elected chair of the Eduskunta’s Administration Committee, which is responsible for immigration matters. However, Halla-aho was forced to resign as the committee chair in June 2012 following a decision by the Supreme Court to fine him for hate speech on his blog. Halla-aho maintains that blog and contributes actively to Homma, an anti-immigration online discussion forum established in 2008 by people close to him.

Halla-aho won the second largest amount of personal votes in the May European Parliament elections, and will sit in the European Conservatives and Reformists (ECR) group. The decision to join the ECR is at least partly explained by the approaching parliamentary elections. While Soini was previously happy to rub shoulders with UKIP leader Nigel Farage, forming a coalition with the British Conservatives is surely a better deal in terms of the credibility and image of the party.

Soini has done his best to distance his party from the more outright nationalist European parties, and UKIP in turn is a single-issue movement. The Finns Party does not call for Finland’s exit from the EU or the Eurozone, believing instead that in the long run the EU will prove unworkable and will thus inevitably disintegrate. However, it is a safe bet that Soini will attack Stubb ferociously, challenging his federalist and pro-NATO views. In a Eurosceptic country, that might well be a winning strategy. 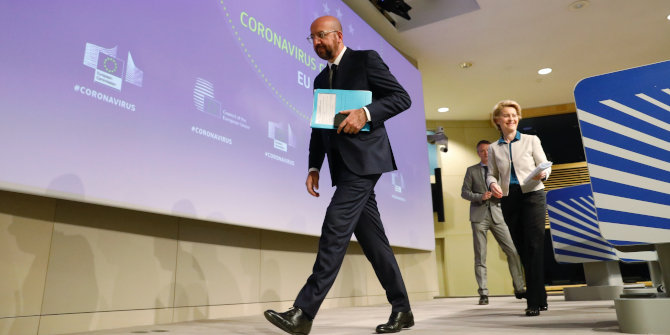