David Cameron has opposed Jean-Claude Juncker’s candidacy for the next President of the European Commission. Miguel Otero-Iglesias writes that while Juncker may not be the best candidate for the job, he is the most legitimate from a democratic perspective. He notes that with even Alexis Tsipras, the leader of the left-wing SYRIZA party in Greece and Commission President candidate for the Party of the European Left, appearing to support Juncker, the UK is in danger of appearing to be the main obstacle to bringing the EU closer to its citizens.

David Cameron and the British press – both tabloid and broadsheet – are up in arms against the candidacy of Juncker for European Commission president. In their view, with the German-inspired Spitzenkandidaten campaign, the European Parliament is attempting a power grab. This strategy, by what is considered the most federalist of all EU institutions, is portrayed as the modern equivalent of a coup d’état. Gideon Rachman has gone so far as to claim that it is necessary to “block Juncker to save real democracy in Europe”. Cameron seems to agree. Reportedly he has told German Chancellor Merkel that if Juncker is elected the UK will most likely leave the EU.

There are two defined camps in this debate: those who think that giving more power to the EP will make the EU more democratic and those who hold the opposite view. Suddenly, in this new battle between European federalists and intergovernmentalists, the latter, led by London, have found themselves in the minority. This is the reason why they are so restless. Once again the British establishment has underestimated the political will in the Continent for a more united Europe. Emboldened by the rise of Eurosceptic and euro-critic parties in the recent elections, Cameron thought he would have a strong hand against Merkel and eliminate the federalist Juncker from the race. However, by blackmailing the German Chancellor he has manoeuvred himself into a position where he stands between the German electorate and the strengthening of democracy in Europe. This is not a wise move.

This miscalculation is due to different political attitudes towards Europe. While the electoral innovation ofthe Spitzenkandidaten campaign was well received in most EU countries, especially within the Eurozone, it was ignored in Britain. More strikingly, the two main candidates, Juncker and Schulz, representing Europe’s centre-right and centre-left respectively, were banned from the campaign. By contrast, in Germany there were several debatesbetween these two candidates, who repeated their political battles in other EU countries. In Spain, for example, Schulz and Juncker participated in a number of political meetings and were interviewed by leading national media in press, radio and TV.

Rachman is therefore wrong when he claims that we are in “the absurd situation in which voters are said to have ‘chosen’ a leader they have never heard of”. Of course, the campaign was driven by national issues, and it is certainly true that most voters did not know the leading candidates for the five biggest pro-EU political blocs in the EP. But what of those that know them, watched the presidential debates between the main candidates on Euronews for the first time ever and ‘chose’ their ballot accordingly?

A significant number of people, in different European countries, voted for a pan-European candidate for the first time. Will the European leaders now go and tell these committed Europeans that the whole exercise was purely academic? If the purpose is to kill the idea of establishing a European democracy (perhaps an appealing thought in London), the strategy could not have been better designed, but if the aim is to let citizens have a bigger say in the affairs of the EU, then the leaders must give Juncker the chance to gather the required parliamentary majority to become president.

Juncker might not be the best candidate for the job, but he is the most legitimate. Critics cry that Juncker is the face of austerity and that he embodies the ancien régime of the European elite. These are gross oversimplifications. He has called for fiscal restraint in debtor countries, but he has also dared to propose Eurobonds and has often criticised the German government for its lack of sensitivity towards the South. His seniority is an asset. If he were to be elected European Commission president, he would have sufficient authority to confront his former peers, including Cameron, Merkel and Hollande, in order to push for badly-needed institutional reforms, something his predecessor has carefully avoided.

Overall, Juncker has gathered widespread support. He defeated Michel Barnier in the race to become the Spitzenkandidat for the European People’s Party, and he now has the backing of the five pro-EU political blocs in the EP, including the European Left. If there is one young, anti-austerity and anti-establishment politician that embodies the opposition to the ancien regime, this is Tsipras, the leader of Syriza. His recognition of Juncker’s victory is therefore a powerful statement in favour of more democracy. In tune with Habermas, and a number of renowned European academics, he too wants to set the historic precedent of having the Commission president elected directly by the EP and, hence – albeit indirectly – by European citizens.

With this statement, Tsipras also positions himself clearly on the federalist side, debunking the myth that all extreme parties are anti-EU or anti-euro, and reinforcing the feeling that – when push comes to shove – most politicians in continental Europe, be they Christian Democrats, Social Democrats, Greens, Liberals, or Leftists, will vote for “more Europe”.

Ultimately the EU club is made out of compromises. And as Nikolaus Blome has argued, over the past few years, the South has undertaken painful adjustments while the North provided financial guarantees to keep the club together. Cameron should compromise too and accept Juncker as the new Commission president under the dominant interpretation of democracy in Europe. It would certainly be a pity if the country that has most effectively criticised the lack of transparency and democracy in the EU should now cling to the idea of continuing to elect the president through shady backroom deals. 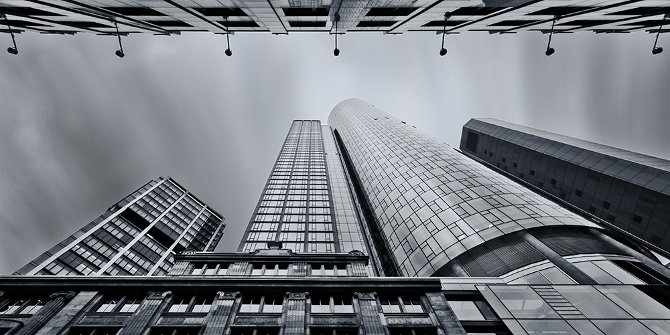