The 2007-08 financial crisis highlighted the potential for negative economic developments to spread quickly across the world’s interconnected economies. Ian Goldin writes that this constituted the first example of a truly systemic crisis, where risks that pooled in a relatively small market in the American Midwest (the sub-prime mortgage market) cascaded to all corners of the global economy. He argues that new insights are required to restructure globalisation in a manner which allows us to harvest the benefits of closer integration, while also reducing harmful and dangerous spill-overs.

The fall of the Berlin and other political walls over the past 25 years, together with the development of the internet over the same period, have led to many of humanity’s greatest achievements. These include the spreading of democracy to over 60 countries, significant reductions in poverty and increases in life expectancy, and improved access to food, energy, information and education. The pace of this worldwide change has been unprecedented. But is it sustainable?

Interconnectedness also breeds interdependency and leads to cascading systemic risks. The successes of globalisation in increasing incomes and individual choice leads to increasing ‘externalities’ or spillovers, in which the choices of individuals have greater consequences for others. Furthermore, the growing complexity of the interdependencies makes the challenge for politicians, the media and citizens of identifying the relationships between cause and effect increasingly difficult. As economic, social and political causality become harder to discern, accountability is weakened, and the institutional capacity to deal with crises. The integration of our societies and systems also means that while the events that shape our lives and an increasing share of the products, services and information we consume comes from beyond our national borders, our politics remained rooted in Westphalian national institutions. This creates not only a gap in our knowledge of causality, but also a yawning credibility gap as, despite their promises to serve our needs, our politicians increasingly have little if any influence over the forces that will shape our lives.

An emergent feature of globalisation is that global integration, while successful in spreading ‘goods’, also spreads ‘bads’ faster and wider than ever before. An overhaul of supranational governance structures in domains such as finance, supply chain management, the internet, pandemics and the environment is urgently required – not only to globalise the solutions to these new global risks, but also to effectively grasp the nature of the problems that arise in the interaction between these previously separate realms. The Butterfly Defect: Why globalization creates systemic risks, and what to do about it, which I co-authored with Mike Mariathasan and which was recently published by Princeton University Press, identifies the new emergent systemic risks which are endemic to globalisation and points to ways in which they can be managed.

The first hurdle to understanding the risks that globalisation poses to society is that of the new nature of these risks: they are systemic. A systemic risk does not arise from any one constituent of a system, but rather in the very structure of the system itself. Growing complexities in the web of global interactions hide these risks until they manifest and undermine our ability to mitigate them when they do, threatening the system itself rather than individual parts of it. These systemic shocks spread through and across sectors due to higher numbers of connections within and between them and due to the increasing significance of individual nodes in these systems (such as Wall Street and the City of London in finance, or Heathrow airport in the world’s transport infrastructure).

These vulnerabilities in the very structure of modern society require reforms of competition and planning policies, as well as fundamental reforms of regulatory structures for finance and other sectors of the national economy. As the systemic risks associated with globalisation are necessarily cross-border, co-ordination with other countries is also a prerequisite of the management of systemic risks. In some cases, such as pandemics or cybersecurity global governance is required, but in other cases, a smaller set of countries could be more effective at managing the risks. The establishment of a global governance structure where a variable geometry of actors reflects the requirements of managing systemic risks, rather than political or historical legacies is required to build a resilient globalisation that does not become the source of amplifying and cascading systemic crises.

Globalisation can and has led to increasing inequality within countries, as individuals who are not able to get on the rapidly moving globalisation train are left further and further behind. The crises endemic in globalisation also impact particularly negatively on the poor and vulnerable, further exacerbating the inequalities. The result is growing dissent, with hundreds of millions of people around the world feeling that globalisation is more a threat than opportunity. The consequence has been the political pendulum swinging towards nationalist, protectionist and xenophobic views. This further reduces the capability to manage globalisation and the associated systemic risks.

The financial crisis of 2007/08 was the first example of a truly systemic crisis. Risks that pooled in a relatively small market in the American Midwest (the sub-prime mortgage market) cascaded to all corners of the global economy. The effects were far reaching and toppled the governments of Italy, Spain and Greece. While the effects of the financial crisis continue to ripple and mutate, the complexities of the financial system and vested interests, as well as the tensions between different jurisdictions and unwillingness to cede sovereignty to global institutions, means that the underlying causes have still not been addressed.

Globalisation is the underlying cause of the financial crisis and other new systemic risks. It also can provide the basis for managing these new risks. To counter the rising threat from systemic instabilities, resilience, transparency and sustainability must be the guiding principles by which to manage globalisation. Resilience is a system’s ability to absorb shocks. Our global systems are currently unable to handle acute and unknown risk events. Among the reasons outlined in The Butterfly Defectare the short-term nature of mark-to-market accounting and the standardisation of ‘just-in-time’, ‘lean’ and other management processes, which drive down spare capacity and flexibility in systems. The primacy given to efficiency and deregulation of concentrated and at times monopolistic suppliers has also led to an overreliance on particular geographic nodes and firms, who have become ‘too big to fail’.

Greater diversity in systems, a focus on sustainability and long term returns, and an appreciation of the new systemic risks in globalisation require a reform of corporate and national governance, as well as international coordination. The pricing and regulation of the spill-over effects arising from the successes of globalisation is urgently required. The management of the externalities associated with global consumption is required if the oceans are to be preserved, greenhouse gases curtailed, and excessive antibiotic use stopped before it leads to widespread drug resistance. Furthermore, effective top-down governance is needed in order to fully grasp these top-down risks. Globalisation requires that our self-interest be reconciled with collective-interest. Awareness of our shared responsibilities needs to be translated into actions. This may be done by enacting legislation to internalise externalities and by establishing independent (yet accountable) supranational institutions designed specifically to deal with those risks that cannot be handled at the national level.

The Butterfly Defect is divided into eight chapters as it investigates globalisation and its relationship with systemic risk. The first introduces the concept of complexity and systemic risk. The subsequent six chapters examine finance, supply chains, infrastructure (both physical and virtual), the environment, public health and pandemics, and inequality and social cohesion. The final chapter then draws lessons and focuses on the interactions arising from the different domains, providing recommendations for the management of systemic risks.

The change society is undergoing is progressing at a rate never before seen. The revolutionary changes bring enormous benefits, but the fact that the governing institutions are evolving at a much slower evolutionary pace creates a growing governance deficit. The result is that we are navigating in a dense fog of complex interconnections and risk repeatedly crashing with high impact, uncertain shocks. New insights are required that provide navigational tools which are fit for purpose and which allows us to restructure globalisation in a manner which allows it to harvest the benefits of closer integration, but reduce the harmful and dangerous spill-overs. Resilient and inclusive globalisation is required, which provides a better life for not just the fortunate, but for all and for the future. Globalisation presents daunting challenges to us, but it also presents us with the tools to overcome them. All that is needed now is the imagination and the initiative.

Ian Goldin – University of Oxford
Ian Goldin is Director of the Oxford Martin School and Professor of Globalization and Development at the University of Oxford. He was previously Vice President of the World Bank (2003-2006) and prior to that the Bank’s Director of Development Policy (2001-2003). His two most recent books are The Butterfly Defect: How globalization creates systemic risks, and what to do about it (Princeton University Press, 2014) and an edited volume Is the planet full? (Oxford University Press, 2014). 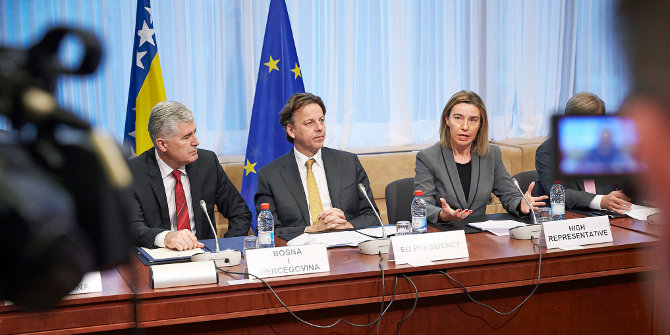