Referendums have become increasingly common occurrences in European states in recent decades. Stephen Tierney writes on some of the potential benefits and dangers of using referendums to solve key constitutional questions. He writes that while referendums can undermine democracy if used incorrectly, they generally suffer from problems of practice rather than principle and these problems can be overcome in healthy democracies by suitable referendum design.

Referendums are now being used in constitutional decision-making to an unprecedented extent. It has been estimated that of the 58 functioning electoral democracies with a population of more than three million, 39 had conducted at least one national referendum between 1975 and 2000. Nowhere is the referendum more in vogue than in Europe. Direct democracy proliferated particularly with the collapse of the USSR and Socialist Federal Republic of Yugoslavia, where referendums were used first to legitimise secession (rapidly spun by the international legal establishment as state collapse), and in due course to construct new states and new constitutions. The reverberations are still being felt, for example in the Montenegrin referendum of 2006.

One symptom of using the referendum in the birth of a state is that this usage tends to beget further referendums. For example, other territories in a similar situation also turn to the referendum, and today the referendum has become the default device for territories seeking statehood in Europe – Scotland, the Basque Country and Catalonia being obvious examples. Another result is that when a referendum has been used to found a new polity it will often find its way into the constitution as a tool of further constitutional amendment. We see this when we consider the process of accession to the European Union. Of the first 15 countries which respectively formed or joined the EC/EU only Ireland and Denmark held referendums to ratify the decision. Of the 10 accession countries in 2004, including eight from Central and Eastern Europe, only Cyprus did not; and we saw the trend continue with Croatians voting on 22 January 2012 in a referendum for accession to the Union in 2013.

As direct democracy is used increasingly to supplement and in some situations to supplant representative democracy it is also time to revisit the debates about the respective democratic merits of direct and representative democracy as alternative models for constitution-building.For defenders of direct democracy referendums encapsulate the ideal of government by the people. For critics, however, it is the very democratic failings of referendums that should lead to their exclusion from constitutional decision-making; and this latter view has tended to predominate within political and constitutional theory.

There are three particular democratic problems associated with referendums which I have discussed at length elsewhere. First, that referendums lend themselves by definition to elite control and hence manipulation by the organisers of the referendum – what I call the elite control syndrome; secondly, an in-built tendency of the referendum process merely to aggregate pre-formed opinions rather than to foster meaningful deliberation – the deliberation deficit; and thirdly, a sense that referendums consolidate and even reify simple majoritarian decision-making at the expense of minority and individual interests – the majoritarian danger.

I have argued, however, that these are problems of practice rather than principle and that they can be overcome in healthy democracies by suitable referendum design and by a regulatory framework designed to alleviate these concerns by promoting active and informed deliberation among citizens.

In Europe we have the tools to help build good referendum practice. The Venice Commission has worked on this and produced two useful codes – here and here. But we must also look to examples of good practice on the ground. Here I believe the referendum in Scotland in September 2014 promises to be a useful role model. Some of the issues I have addressed as central to the construction of a deliberative referendum are present in this process – discussed here, here and here. The main issue in establishing a democratic referendum is a full and detailed legislative framework which operates independently of government. Regulation should offer details on issues such as:

Such a framework helps us to distinguish clearly between legitimate referendums that take place within a broader and detailed constitutional framework and within the context of an established and plurally agreed referendum law on the one hand, and those used opportunistically by executives on an ad hoc basis without any constitutional regulation and detailed legislative rules on the other. The referendum this year in Crimea for example would clearly not fit within the former model.

But on the other hand the referendum, even when properly regulated, is still a culture shock to many who envisage democracy in purely representative terms. Such processes, particularly when they result in popular rejection of elite orthodoxies, will upset many. But it is wrong in my view to dismiss a referendum which is properly constructed simply because those who are used to setting policy agendas don’t like the outcome. Democracy for too long has been distanced from the people and the trend towards the elite domination of politics is in many ways still increasing. The referendum can be a fairly crude device but if it brings people back to the political decision-making table and gives them a meaningful voice, in my view it is to be welcomed.

This is a particular challenge for the EU today. The Union has undergone a rapid process of integration through largely elite-led processes. This in turn has led to a backlash from many who feel disenfranchised, with the referendum offering a voice to the voiceless. The reasons for the rejection of the draft Constitutional Treaty by French and Dutch voters in 2005 are contested, but there is no doubt that a sense of protest against the European machine was a significant factor in play. The EU continues to push the integrationist agenda in light of the Greek crisis and the strong sense among many decision-makers that commonality in fiscal policy is a necessary concomitant to monetary union. But increasingly we see Brussels seek to avoid major treaty changes, presumably to avoid the disruption to its plans threatened by direct democracy. Yet treaty reform cannot be avoided forever and the referendum is likely to be an increasingly challenging feature of future treaty ratification processes.

It would appear that the referendum is here to stay as a significant player in European politics. But if referendums are properly regulated this should be seen as an opportunity for, more than a threat to, democracy. The new turn in direct democracy can be used to promote citizen engagement and to generate society-wide deliberation in major constitutional issues of the day. It is perhaps in this way that the idea of a Europe of citizens might at last take on some real meaning. 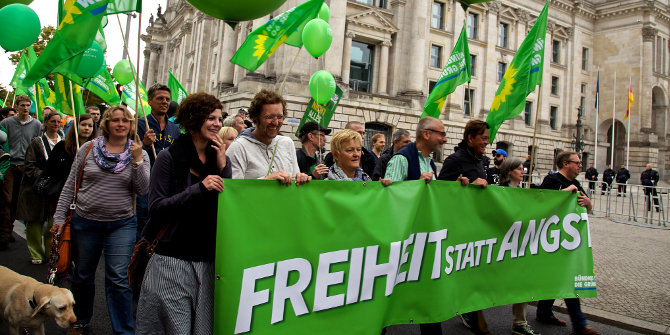 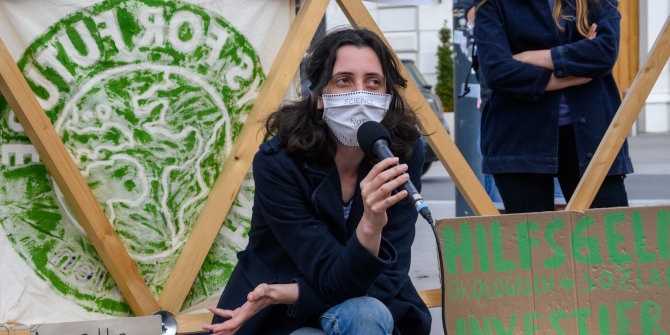