The third meeting of the Inter-Parliamentary Conference on Economic and Financial Governance (IPC-EFG) will begin on 29 September in Rome. Ian Cooper writes on the development of the IPC-EFG, which emerged from the Fiscal Compact treaty signed by 25 EU member states in 2012 as a mechanism for allowing greater parliamentary oversight of EU economic governance. He writes that while the conference has so far been undermined by internal debates over how it should be structured, the meeting in Italy will offer a fresh opportunity to resolve some of these outstanding questions and enable the IPC-EFG to start performing its role more effectively.

On Monday (29 September), hundreds of parliamentarians from across Europe – both national MPs and Members of the European Parliament (MEPs) – will gather in Rome. The occasion will be the third meeting of the Inter-Parliamentary Conference on Economic and Financial Governance (IPC-EFG) of the EU, hosted by the lower house of the Italian parliament. The IPC-EFG was created in 2013 to enable parliamentarians to discuss and oversee the new system of governance that was created to respond to the EU’s ongoing economic and financial crisis.

If ever there was a circumstance crying out for greater parliamentary oversight, it is this one because, by any objective measure, the EU’s economic governance has been a failure. Six years after the economic crisis began, the Eurozone economy is still stagnant, and may even be heading for yet another downturn, which would make a “triple-dip” recession. Even the basic goal of price stability has not been achieved, as the Eurozone is now in peril of slipping into outright deflation.

Ideally, parliamentary oversight can hold executive actors to account publicly for how they make and implement policies. Moreover, it can provide an open forum for the debate of alternative courses of action when policies have failed.

In this case, improved oversight can provide parliaments with an opportunity to “watch the watchers.” After all, much of EU economic governance has involved the creation of a system of “fiscal surveillance” empowering the EU executive (the European Commission) to compel member states to balance their budgets. This system places severe constraints on how national parliaments exercise their fiscal powers, often pushing them to carry out ruinous austerity policies. The IPC-EFG could turn the tables by enabling national parliaments (along with the EP) to scrutinise this new system of surveillance and to challenge its attendant policy dictates.

Unfortunately, the early meetings of the IPC-EFG have instead been dominated by acrimonious internal disagreements over how the conference should be organised. The main conflict has been between national parliamentarians and MEPs. Whereas most national MPs wanted to create a robust forum for wide-ranging policy debate, the MEPs – for reasons discussed below – preferred the conference to be of limited scope and marginal importance.

The impetus for the IPC-EFG came from the Fiscal Compact treaty of 2012. Article 13 of that treaty foresaw that “the European Parliament and the national Parliaments… will together determine the organisation and promotion of a conference… in order to discuss budgetary policies and other issues covered by this Treaty.” (For this reason it is often called the “Article 13 Conference.”) On this basis the EP and national parliaments agreed in April 2013 that the conference would be held twice per year, with the host site alternating between the EP in Brussels and the parliament of the member state holding the Council presidency.

Yet in October 2013, when the IPC-EFG met for the first time in Vilnius, it became clear that the two sides still fundamentally disagreed about the nature and purpose of the conference. The host parliament, the Lithuanian Seimas, had drafted an ambitious agenda for the meeting, elements of which – including the adoption of internal Rules of Procedure and political Conclusions – were effectively vetoed by the MEPs.

Why the opposition? The EP as a body has always been strenuously opposed to the creation of any new assembly that could rival its position as the pre-eminent parliamentary forum in the EU. In a 2012 report, it rejected the idea of a “mixed parliamentary body,” combining both MEPs and national MPs, as ineffective and undemocratic; rather, it insisted that only the EP by itself enjoys full legitimacy as the “parliamentary body at the Union level for a reinforced and democratic EMU governance.” Thus the EP is in favour of strong parliamentary oversight at the EU level but only if it is centralised in the EP, rather than exercised jointly with national parliaments.

A major problem for the EP position is that its powers are quite limited in relation to EU economic governance, in part because many of the new institutional arrangements were not made according to the traditional “community method.” This is true, most notoriously, of the Fiscal Compact itself, which (because the UK refused to take part) is not part of the EU legal framework but a treaty under international law. Article 13 would seem to be little more than a token of parliamentary oversight in a treaty that places the power to enforce fiscal rules largely in the hands of the European Commission, an unelected body.

The upshot of the dispute was that the national parliaments have generally pushed for the IPC-EFG to be a strong conference with a broad scope, whereas the EP, with the support of some national parliaments (including, crucially, the German Bundestag) has pushed for a weak conference with a narrow scope. This dispute cut across almost all of the constitutional, organisational and procedural questions which had to be dealt with in the setting-up of the conference.

To cite one example: there was even disagreement over what the name of the conference should be. The Seimas called the first meeting the “Inter-Parliamentary Conference on Economic and Financial Governance.” The EP proposed changing the word “Financial” to “Fiscal.” This is no mere semantic difference: in fact, it illustrates nicely how the two sides differed over what the substantive scope of the conference should be. The EP would have preferred that the conference focus solely on issues related narrowly to the Fiscal Compact, i.e. the scrutiny of national budgets; the Seimas preferred a broader agenda for the discussion of a wider array of financial issues, including some not mentioned in the treaty – e.g. banking union. Later, when the EP hosted the second meeting in Brussels, in January 2014, the contested words disappeared and the name was shortened to the “Inter-Parliamentary Conference on Economic Governance.” Reflecting the continuing uncertainty, the title of the Rome conference is simply, “Conference under Article 13 of the Fiscal Compact.”

The meeting in Italy – one of the member states hardest hit by the crisis – offers a fresh start to resolve some of these outstanding questions and get on with the business of overseeing the economic governance of the EU. With the new Commission yet to take office, there is an opportunity to resolve internal organisational issues – such as the draft Rules of Procedure, which are to be debated in Rome. The MEPs from the newly elected parliament may prove more amenable to compromise with their national counterparts. At any rate, the circumstances are urgent: the crisis is not over. 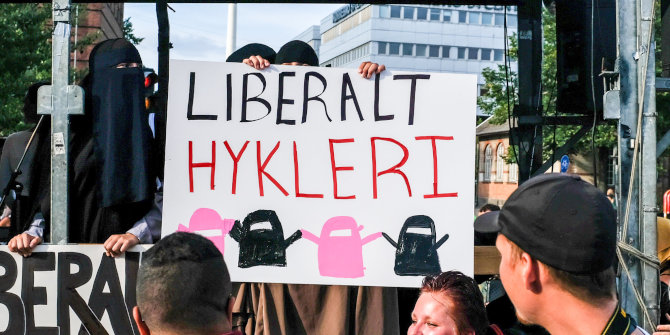