The Catalan government has pledged to hold a consultation on independence from Spain on 9 November, under a different legal basis from the proposal that Catalan President Artur Mas had originally announced, which was declared illegal by the Spanish constitutional court. Nevertheless, with less than a week until the vote, the latest plan is also facing a legal challenge and might also be blocked. Neus Torbisco Casals and Nico Krisch assess whether the use of legal obstacles to prevent a Catalan independence referendum is likely to be successful long-term. They argue that while the law within a state is afforded a degree of legitimacy, it cannot provide a solution entirely. Only a political agreement which recognises the views of Catalonia’s citizens can provide a lasting settlement.

The Spanish constitutional conflict is moving rapidly from stage to stage. As Catalans are getting ready to voice their views on independence from Spain in a consultation on 9 November, the Spanish government has initiated a new set of legal proceedings in the Tribunal Constitucional, the Spanish constitutional court, to stop them. This follows on from an earlier challenge in this court, which a month ago brought to a halt the previous attempt by the Generalitat, the Catalan regional government, to stage a public consultation on the issue. In response, the consultation was redesigned in a less formal way. Yet if, as is likely, the new attempt is also blocked, the Generalitat may well defy the constitutional court and go ahead with the consultation; it may also, as many expect, call regional elections as a way of holding an informal referendum, potentially leading to a declaration of independence soon after.

Rather surprisingly, in this deep political conflict over national identity, the public debate in most of Spain (unlike in Catalonia) is dominated by references to ‘legality’ and ‘the rule of law’. For the Spanish government, defending the law and the constitution – which explicitly upholds the ‘indissoluble unity of the Spanish nation’ – seems to be the main, and sometimes the only, justification for denying Catalans the possibility to decide on, or even formally express their support for, independence. As a result, the resort to courts has become a key instrument to deal with the conflict and, ultimately, preserve the unity of Spain.

The ‘rule of law’, on which this strategy is based, appears in much of public discourse – whether in the Spanish government or the media – as an unfettered good, as an unassailable argument. Yet thinkers of all ages know about the problems with the rule of law, about the tensions it can create with ideas of political justice and the legitimacy of authority. Law is, after all, made by particular people in particular cultures, places and times, and it may appear as unjust to those who are differently situated. Sophocles’ Antigone and her struggle against human laws in the name of divine justice is probably the most famous example.

Particularly when dealing with broader political upheaval, the rule of law often has limited purchase. As a product of politics, law is bound to change when politics changes, and revolutions will often aim to replace one legal order with another. Asking the French revolution to respect the law of the ancien régime would have resulted in missing the point of the revolution in the first place. The revolutions of the late 18th century advanced a concept that served to justify precisely the abolition of the old order: the idea of the pouvoir constituant of the people. Introduced in the famous work of the Abbé de Sieyès in France, constituent power lies at the origin of the constitutional and legal order – and because it lies at the origin, it cannot be subject to legal regulation itself.

Legal orders presuppose a constituent power (the Spanish constitution bases itself on the Spanish people as a whole). But if another vision of a pouvoir constituant gathers sufficient allegiance, it might just as well create a constitutional order of its own – an alternative legality that will compete with the previous one for dominance. Over the last 200 years, independence movements around the world have insisted on the constituent power of their peoples to do away with the legal orders created by empires and colonial powers, and many have succeeded with their claims. After all, territorial borders and nation states have often enough been the result of repression and historical injustice, of forced cultural assimilation and suppression. At times, submerged identities rise again, formulate their own claims to peoplehood and constituent power, and question allegiance to the existing political and constitutional order.

Whether the ‘rule of law’ can make a claim to obedience in such circumstances will depend on the quality of the law it protects, and democratic constitutions typically have a relatively strong claim. Still, mere reliance on this claim might be a self-defeating strategy. This insight lay at the heart of the British response to Scottish aspirations to independence. The British government, too, could have simply pointed to the (unwritten, but time-honoured) constitution of the United Kingdom, which by most accounts did not allow for unilateral independence of Scotland. It could also have mobilised its courts to defend the unity of the country.

Yet it knew that this would overstretch the legitimacy basis not only of its judicial institutions, but of the UK constitution itself. It thus turned to constructive political argument and persuasion on the virtues and benefits of political unity. Entering into dialogue, recognising Scotland as a political subject, and accepting the possibility of a significant reshaping of the foundations of the polity is a very different strategy from enforcing legal obedience and suppressing dissent through sanctions and a politics of fear.

In Spain, the situation is complicated by the fact that the constitution, for all its virtues and achievements, is the product of a very particular political and historical constellation – of a transition from dictatorship and of negotiations of democratic forces with representatives of the status quo whose allegiance to the new order could not be taken for granted. The result was, inevitably, a compromise – a compromise which, more than three decades later, may not have the same legitimacy and motivating force as it had at the beginning.

This is especially true in Catalonia where attempts at a more meaningful autonomy and self-determination within the Spanish state, including a properly federal structure that recognises shared sovereignty, have repeatedly been blocked with reference to the constitution. The 2010 ruling of the constitutional court on the Catalan regional constitution, which struck down significant parts of the Estatut that had previously been agreed with the Spanish central parliament, was the most visible instance. The fact that the constitution is, comparatively speaking, very difficult to amend – virtually impossible from a minority perspective that is rejected by the main Spanish political parties – can easily make it seem like an immutable barrier to change, rather than a framework for an inclusive political process.

When the Spanish president, Mariano Rajoy, offers the Catalan regional president, Artur Mas, “a dialogue within the framework of the constitution” or asks him to initiate a process of constitutional reform, he thus (rather deliberately) misunderstands Catalan grievances. Basing a response to aspirations for stronger self-government merely on the preservation of ‘the law’ ignores that it is precisely the lack of legitimacy of this law that fuels Catalan discontent. To a great extent, the success of national integration in countries such as Canada and Great Britain stems from their understanding that the continuity and stability of the polity depends on a politics of recognition: that democracy in multicultural and multinational states cannot be upheld by suppressing dissent, but only by deepening political inclusion.

Legality is overburdened when conflicts of legitimacy emerge in diverse societies, and in Spain, the authority of the constitution – and of the constitutional court as an impartial arbiter – have already suffered tremendously from the weight they are asked to carry. The way out has to be a return to politics – to political argument, persuasion, a mutual attempt at understanding, and a strong commitment to addressing substantive grievances and refounding the state on more equal and inclusive grounds.

Otherwise, the issue may be suppressed in the short term, only to resurface with greater force later on. After all, faced with the intransigence of Creon’s stance, Antigone felt forced to ignore the law, regardless of the consequences. The same may happen in Catalonia if the ‘rule of law’ in Spain is taken to its extremes and a Catalan constituent power sees no other way than to erect its own, alternative legality. 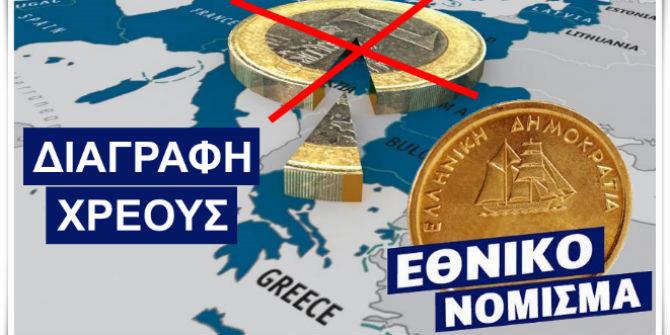 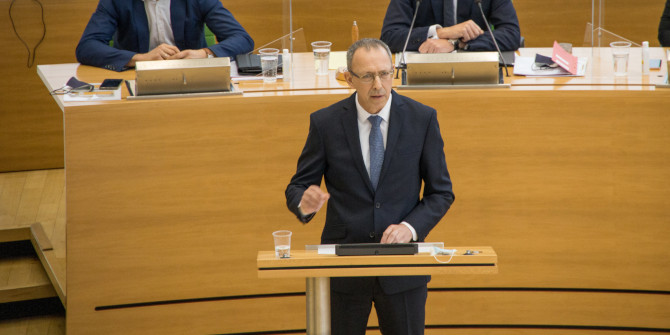