If successfully concluded, the Transatlantic Trade and Investment Partnership (TTIP) would be the most ambitious free trade agreement in history. Dennis Novy writes that while the potential benefits from liberalised transatlantic trade are large, getting there will be an arduous process, with significant difficulties still to be overcome.

A plan to create a free trade area between the European Union (EU) and the United States – the Transatlantic Trade and Investment Partnership (TTIP) – was officially launched at the G8 summit in Northern Ireland in June 2013. I was the specialist adviser on a recent parliamentary investigation of the potential impact of TTIP and the likelihood that it will get off the ground.

Partly because of the sheer scale of TTIP – the EU and the United States together represent about 45 per cent of global output – and partly because it will attempt to tackle non­-tariff barriers and regulation, the proposed mega­deal is potentially a ‘game changer’ for 21st century trade. But what would be its likely effects on Europe in general?

Winners and losers from TTIP

A study by the Centre for Economic Policy Research indicates that in the best­ case TTIP scenario, the average EU household of four could see its disposable income rise by €545 per year by 2027 as a result of lower prices and higher productivity. But the degree of uncertainty involved in such predictions is immense, not least because they depend on the extent of the agreement: will there be a comprehensive agreement with full liberalisation of non-­tariff barriers or a ‘light’ agreement with not much more than a cut in tariffs?

We probably have a better sense of the cross ­industry gains and losses. It is likely that the car industry stands to gain considerably from TTIP on both sides of the Atlantic. Not surprisingly, it is one of the best organised industries in relation to TTIP. For the UK, other industries likely to gain include chemicals and pharmaceuticals.

But even if we believe that TTIP would be beneficial for countries and consumers as a whole, there will inevitably be losers. For example, highly protected parts of the Mediterranean agricultural industry might shrink once their tariff and non-­tariff barriers are removed. It is unclear how governments envisage mitigating these adverse effects.

In any case, cold numbers will not win the hearts and minds of the electorate. The potential benefits of TTIP are likely to be diffuse while the costs will be concentrated. The lack of transparency surrounding the negotiations creates further suspicion. Governments have to come up with much more convincing narratives and concrete examples if they want to sway the public debate on TTIP. How would the average person benefit from this trade agreement? Why is it in the UK’s long-term interest to engage in such negotiations?

At the moment, in most EU countries, the debate centres on specific items such as whether Europeans will allow chicken to be washed with chlorinated solution (as practiced in the United States), or whether international arbitration panels as opposed to local courts will be allowed to resolve disputes. These issues are important and deserve a proper public discussion. But in many cases, cherry-picked items have been hijacked by campaigners with a certain political agenda. The public debate would benefit from a more diverse and balanced discussion that takes account of arguments both for and against TTIP.

Governments across the EU are broadly in favour of TTIP, but it seems that they are currently losing the public debate. Communication cannot be left to the European Commission alone. Governments should engage more with their national electorates, and this engagement needs to happen at all levels of government, not only through trade and economics ministers.

A number of difficult issues stand out as sticking points. First, the core of TTIP negotiations is not about tariffs but rather about aligning regulation and removing non­-tariff barriers. A classic example is car safety regulation. There is no evidence that cars are less safe in either the EU or the United States. But car manufacturers currently have to comply with two different sets of regulation. Removing duplicate regulation would bring down production costs and arguably consumer prices, even if this does not automatically generate new trade. While car safety is a common sense issue, negotiators face many controversial issues, such as food safety regulation where many Europeans perceive standards to be lower on the other side of the Atlantic.

Second, there is agriculture, which is traditionally considered a contentious area. For example, not all geographical indications such as Parma ham and champagne will be recognised by the United States. Meat exports are another difficult issue. Third there is government procurement. Fair and open access to government contracts is supposed to be an essential part of TTIP. But access is especially difficult to obtain at the sub-federal level where the national government might have less power to legislate. Some promising progress has been made by the EU on that front in its recent free trade agreement with Canada.

Fourth, there is Investor­-State Dispute Settlement (ISDS). ISDS is an enforcement mechanism that is supposed to avoid discrimination against foreign companies. It is a particularly contentious issue in Europe, where a hostile stance has been adopted by the German government, large parts of the German public and increasingly also in the UK. Perhaps not surprisingly, ISDS is also an issue where a great deal of misinformation is inserted into the public debate by anti­globalisation campaigners. Given these countries’ resistance to ISDS, there has been considerable pressure on the EU to drop ISDS from the negotiations. But given that the EU typically insists on ISDS mechanisms when negotiating trade agreements with lower income countries, it would smack of hypocrisy to oppose them when negotiating with the United States.

Fifth, there is the issue of financial services, which are a priority for the UK given their weight in the national economy. But the United States strongly resists the inclusion of financial services in TTIP, partly because it is occupied with implementing the Dodd­-Frank Wall Street Reform and Consumer Protection Act of 2010, which seeks to increase the safety of the financial system in the wake of the Great Recession of 2008/09.

Sixth, there are geostrategic concerns. International trade in the modern world is increasingly about ‘making things’ and no longer as much about ‘selling things’. The rise of outsourcing and global value chains has fundamentally transformed international trade and foreign direct investment. Governance is needed to regulate these trends.

Given the enormous size and clout of the EU and the United States, TTIP might be a forum where 21st century trade rules are set. TTIP is supposed to be a ‘living agreement’ that creates a permanent dialogue for the future where new regulation is discussed and implemented. In that sense, TTIP is not only an economic project but also a political project to promote transatlantic ties. Given the rise of emerging economies, TTIP might be the last opportunity for individual EU members such as the UK to have a major impact on setting high­ standard global trade rules. The price of failure might therefore be high.

Seventh, there are parallel developments and the role of China. In addition to TTIP, the United States is currently negotiating the Trans-­Pacific Partnership (TPP) with 11 other countries (Australia, Brunei, Canada, Chile, Japan, Malaysia, Mexico, New Zealand, Peru, Singapore and Vietnam). TPP is seen as more difficult politically since it involves low­ wage countries such as Vietnam. Issues of labour and environmental standards are likely to come up, but these play less of a role in the TTIP negotiations. It has been suggested that TTIP and especially TPP are designed to contain China – or at least to encourage China to engage more actively in global trade initiatives. TTIP should not be a closed shop. Third countries should be allowed to participate and appropriate arrangements need to be discussed.

Last, there is political uncertainty. TTIP involves an enormous political agenda and would be difficult to handle even in the best of circumstances. Additional complications arise from the changing political landscape on both sides of the Atlantic. In the EU, the new European Parliament is likely to be less friendly towards international trade and investment.

On the US side, the mid­term elections in November 2014 took momentum away from the TTIP agenda. The US administration is yet to secure ‘trade promotion authority’ from Congress, without which it cannot make serious negotiating offers. If no major progress is made in the narrow window of opportunity before the presidential election cycle kicks in, then we might not see a successful conclusion of TTIP until 2017 or even 2020.

How can research contribute?

Evidence on the effects of trade agreements is hard to produce. Nevertheless, there is strong demand for high­ quality research. For example, it is frequently claimed that trade liberalisation leads to lower consumer prices. While it is easy to produce theoretical models with this result, it is harder to show this convincingly in the data. Prices can move for dozens of reasons, and international trade is only one potential factor. Furthermore, there is not enough research focus on non-­tariff barriers such as differential regulation. These barriers are typically much harder to measure than tariffs, but businesses clearly perceive them as the biggest impediment to free trade.

Finally, some aspects of political economy have received relatively little attention in trade research. For example, there is sometimes a mismatch between negotiators. Many US representatives tend to be ‘technocrats’, often lawyers, who have in-depth expertise on specific issues such as regulation. In contrast, their EU counterparts might be political appointees who delegate specific issues to expert aides. As a result of this imbalance, it can be hard to make substantive progress.

TTIP has the potential to benefit millions of consumers. It goes far beyond an economic project. Its current timetable seems ambitious. Without considerable attention and support from the highest levels of government, it will be hard to lead TTIP to a successful conclusion any time soon.

This article originally appeared in the print issue of CentrePiece, the magazine of the Centre for Economic Performance (CEP) at LSE.

Note: This article gives the views of the author, and not the position of EUROPP– European Politics and Policy, nor of the London School of Economics. 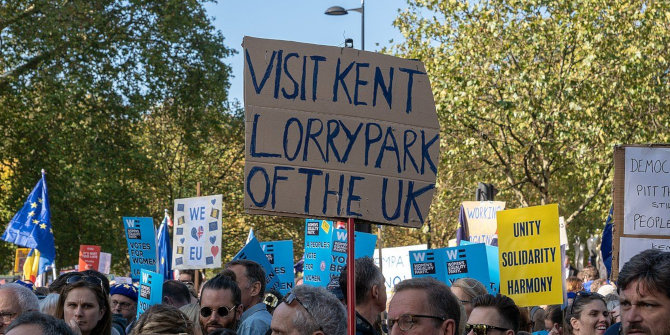