The term ‘neoliberalism’ is frequently used in contemporary political discussions, but while polemically effective, conceptually it lacks rigour. Simon Glendinning writes on the relationship between the concept and classical liberalism. He argues that by defining neoliberalism in terms of this relationship it becomes apparent that there can be more than one form of neoliberalism, and that we now live in an era in which a distinctively economic variation holds the field. Tracing European history in terms of a sequence of different neoliberal hegemonies, he considers the possibility of a development beyond the present neoliberal condition.

In a lecture delivered in Vienna in 1935, the German philosopher Edmund Husserl expressed an anxiety concerning the contemporary predicament of European humanity in the times of science. Despite, and indeed in view of, the undeniable progress in the natural sciences, Europeans were becoming increasingly resistant to a sense of history in terms of which “historical occurrence”, especially Europe’s own, might be regarded as something other than it was then appearing – something other than an “unending concatentation of illusory progress”. Before saying something further about this predicament, I want first to pick up on the major assumption in his discussion: namely, that overcoming this predicament requires recovering “a teleological sense” of the history of “man”.

Although I do not really think it is restricted to political liberalism, for reasons that will emerge, I will call the sense of history that Husserl regards as being lost to Europe in the times of science as one belonging to classical liberalism. Such liberalism draws on this sense of history in what can be described as a three step response to the question of human flourishing.

First step: a satisfactory account of the conditions for human flourishing must acknowledge the variety of rational interests, interests which are, that is to say, uniquely characteristic of “man” conceived as a rational animal: science, art, commerce, politics, religion, etc. With this variety in view, classical liberal political thought aims to optimise opportunities for free performance in different and relatively autonomous domains of human life connected to the different interests of human reason.

Second step: just power should aim to organise the social world in such a way that each person’s capacity freely to perform in each of these domains is optimised. The ambition of liberalism is thus to organise society in such a way that it can offer its citizens as great an opportunity as possible to pursue their own life projects.

Husserl’s remarks about the predicament of modern European humanity, humanity in the times of science, suggest that what I am calling the classical liberal view is in crisis. Suddenly the movement of our history seems not to be taking the path we thought we were on. History seems no longer a sequence of increasingly just spiritual worlds but a random series of worlds that, as Husserl put it, “form and dissolve themselves like fleeting waves”.

I want to propose the following hypothesis. Hegemonic conceptions of human flourishing in Europe have rarely been classically liberal. Instead, hegemonic power has been established and held by more than one neoliberal community of ideas.

The thought here is that efforts to optimise opportunities for leading a life proper to “man” have given rise to movements that attempt to achieve the hegemonic domination of the norms that belong to only one of the domains of human life. Those who belong to the community of ideas which represents or defends the interests of one of the domains of life attempt to take charge of the whole.

I define neoliberalism in general, then, as the outlook of a community of ideas that seeks the limitless extension of the norms of conduct of one domain of life to the whole of life. Its emancipatory claim is that it will achieve the optimal flourishing of the whole of life by co-ordinating and controlling it in terms dictated by the norms of that one domain. The guiding assumption of every neoliberal community of ideas is that human flourishing in life in general requires that one particular domain of life should rule.

Anachronisms are piling up. The liberal conception I am describing will have only recently taken that name, and the term neoliberalism is of even more recent vintage, and passes for many today as a kind of catch-all for ‘everything bad about capitalism’. However, conceptually speaking the two terms together are well suited for this discussion, particularly if we accept that behind the various appeals to the idea of neoliberalism made today, there is a basic conception of it as a hegemonic movement that seeks the limitless extension of the market model to all spheres of life. Neoliberalism in our time is, that is to say, understood as an economic neoliberalism. It is construed as an ideological conception that says every problem has a market solution or a solution within the logic of the market. Proponents of it might say: the aim of applying market-orientated reasoning everywhere is to optimise the conditions for human flourishing in general.

However, there is a feature of our time that Husserl is alive to that fundamentally interrupts this a-historical conceptual contrast between classical liberalism and economic neoliberalism, and it is a feature that can make one feel altogether despairing: namely, the absence in our time (unless we are Marxists) of the kind of substantive philosophy of history through which the classical liberal conception, in its third step, had understood our lives.

We live in a time which has more or less abandoned such grand historical narratives of world history. The idea of the history of the world as the progressive emancipation and progress of “man” is simply no longer credible. And this is profoundly connected to the progress of science itself: in particular through the radically decentring blows effected by the Copernican and Darwinian revolutions. In our time, we are more resistant than Europeans of former times knew how to be to theological (eschatological) or metaphysical (teleological) conceptions of human nature and history.

In such a time, the classic interest in emancipation and progress seems unable to get any purchase beyond attempts at making the life-support system of our economies function in ever more productive ways: of improving their efficiency, and seeking their optimisation, with no higher end than improving their functioning.

In other words, into the space left open by the falling away of classic eschatological and teleological discourses of human flourishing – in the anachronistic terms of the account I am giving here from the religious neoliberalism of medieval Europe, through the political neoliberalism of Europe’s modernity – the community of ideas that champions economic neoliberalism and its criteria of optimal efficiency and performativity has been able to occupy the field virtually unchallenged. But, as Husserl anticipates, it all seems despairingly hopeless, making our existence fundamentally pointless, tragically meaningless.

It doesn’t look good. But the situation only seems despairing if, with Husserl, you think that the only way our lives could be regarded as meaningful is against the background of the thought that world history follows an eschatological or teleological path, programme or design (whether of God, nature or man). Husserl thinks we cannot find consolation in anything short of such a background.

The dominant European understanding of Europe’s “entry into modernity”, an understanding that Husserl more or less embraces, centrally involves this kind of vision of human history: of history as the progressive movement of our forms of social life towards distant, ideally just, ideals. But one does not have to have such a vision in view to affirm that making the future better matters to us: one can simply want to make it so that what one makes of what has been passed down to us will have been some kind of (by one’s lights) progressive preface to what remains to come, without any vision of a distant final end.

This can be illustrated with reference to the unease that many feel about modern factory farming, intensive livestock rearing, the general spoliation of nature, and the extinction of innumerable animal species. Without presuming a substantive conception of human nature or history, the unease is that these developments show us modern men and women, as in a mirror, as at certain points akin to a form of life we might well think profoundly alien: akin, that is, to an animal with, as David Wiggins has put it, “no non-instrumental concerns and no interest in the world considered as lasting longer than the animal in question will need the world to last in order to sustain the animal’s own life”.

Such a life, “functioning” to such a destructive end, is not just depressing but runs totally against the grain of a participant’s sense that the temporal “here and now” of an ordinary human life is one in which “the dead and the unborn are also present”. The world in which we live out our lives is one which “connects us to worlds before and after us”. Our lives, our lived sense of who we are, is conceived out of and within that temporal stretch. “Functioning to no end” might describe, in objective terms, the infrastructure of a presently operational life-support system, but from the inside of a human life this “presence”, the milieu of our “spiritual worlds”, is already a “present” that is fundamentally linked to those who are not there.

Jacques Derrida has argued that it is only within this participatory sense of the deep connectedness of our “living present” to others who are not present (the essential historicity of our historical existence), and not in view of a distant horizon of an ideal end of history, that issues of justice, emancipation and progress can come into view in the first place:

It is in the name of justice that it is necessary to speak about ghosts, inheritance, and generations, generations of ghosts, which is to say about certain others who are not present, nor presently living… No ethics, no politics, whether revolutionary or not, seems possible and thinkable and just that does not recognise in its principle the respect for those others who are no longer or for those others who are not yet there, presently living, whether they are already dead or not yet born. No justice seems possible or thinkable without the principle of some responsibility, beyond all living present, before the ghosts of those who are not yet born or who are already dead.

In the struggle to organise a response to economic neoliberalism today we may be inclined to think, like Husserl in the 1930s, that we need to rediscover a teleological sense of human history – a new grasp of and heading towards a form of social life that is finally (and objectively) proper to “man”. Emerging out of the Christian eschatological tradition and its hope for final redemption, political neoliberalism aimed to realise regimes without evil by forging a community of brothers, citizens, or comrades that would finally be, in a strong sense, one. Economic neoliberalism arrives in the wake of that dream’s ending in the horror of Stalinism and Nazism. However, as the site of (let’s not say an atheist but) an atheologised recognition of “the finitude of present functioning”, it also frees the space for a radically decentred, non-mystical and non-metaphysical, participatory vision of that finite presence. Derrida concludes:

Note: This article is based on a longer LSE ‘Europe in Question’ discussion paper. The article gives the views of the author, and not the position of EUROPP – European Politics and Policy, nor of the London School of Economics. Featured image credit: Musa Zero (CC-BY-SA-3.0) 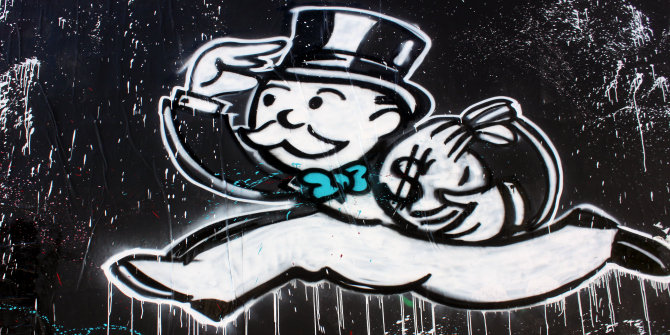 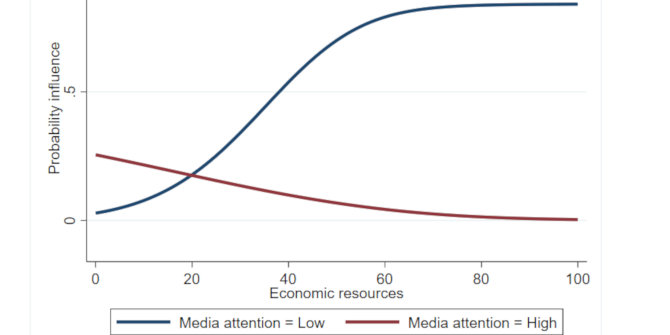