Minimum wages have been a contentious issue in several countries across Europe, most notably in Germany, where a minimum wage came into force for the first time at the start of this year. Michael A. Krassa and Benjamin Radcliff present a comparison of 24 industrial democracies. They find that regardless of the size of a country’s economy, its current economic situation, or the time frame chosen, there is clear evidence that higher minimum wages are associated with an overall improvement in the financial well-being of citizens. 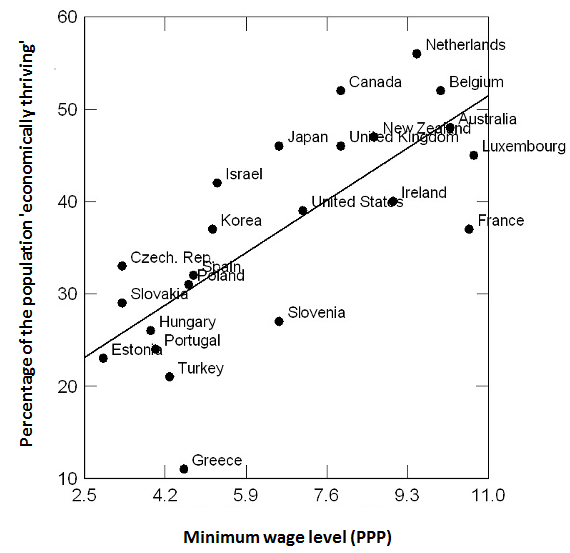 Note: A version of this article originally appeared at the Scholars Strategy Network. The article gives the views of the author, and not the position of EUROPP – European Politics and Policy, nor of the London School of Economics. Featured image credit: Denis Skley (CC-BY-SA-3.0)