Talks are continuing in an attempt to reach a deal between Greece and its creditors over the release of further financial assistance to the country. Nikitas Konstantinidis writes that even if a deal can be reached by the Greek government at the European level, there would remain uncertainty as to whether the coalition government’s majority could survive the parliamentary ratification process. He argues that while it was a politically motivated decision to let Greece into the euro, it will take a sizeable political compromise on many different levels to keep it in.

Greece’s dramatic bailout negotiations will soon be coming to a head one way or the other. Although the Greek government has been painstakingly throwing a veil of uncertainty and misinformation over its real financial and fiscal position, most pundits would agree that state coffers are running bare and that, absent an interim, piece-meal, or final bailout agreement, Greece will not be able to pay off the consolidated IMF loan tranches coming up at the end of June. The government’s finances have been stretched to their limit by dint of an internal payment moratorium and a raid on the cash reserves of local governments and pension funds.

The Syriza government’s bargaining strategy has been one of ‘coercive deficiency’ (a term coined by political economist and historian Lucius Wilmerding, Jr. and further qualified by game theorist Thomas Schelling), ‘creative ambiguity’ (another notorious expression reintroduced into the political vocabulary by Greek Finance Minister Yanis Varoufakis), and politicisation.

Prime Minister Alexis Tsipras and his party clearly interpreted the outcome of the January 2015 elections as a strong popular mandate for the implementation of the party’s ‘Thessaloniki’ electoral programme without jeopardising the country’s position in the EMU. They, therefore, decided to gamble much of their political capital on an aggressive high-risk strategic posture in the renegotiation of the existing bailout programme. In practice, this meant that the government was willing to engage in a protracted and precarious game of attrition with its creditors patiently waiting out for a palatable compromise solution that would not flagrantly violate any of the party’s ‘red lines’ and that would set the economy back on the path of debt sustainability and economic growth.

According to the logic of ‘coercive deficiency’, a debtor’s (economic) weakness is (bargaining) strength vis-à-vis its creditors. The weaker the economy appears to be, the lower are the primary surplus targets to which he can credibly commit. Yet, this protracted period of economic uncertainty, marked by a freeze-out on public and private payments and a ballooning of the government’s arrears, has brought the Greek economy back on its knees by draining the liquidity out of the system. Growth levels are back into negative territory, tax revenues are once again plummeting, and unemployment levels are back on an upward trend.

Clearly, Tsipras’ high-risk political gamble is that he can keep riding his soaring waves of popularity through these rough waters of economic downturn until he achieves a favourable negotiation outcome. Recent polls seem to confirm his assessment as the Greek people have shown remarkable signs of resilience and cool all things considered. With regard to this inescapable trade-off between the attainment of a less austere and front-loaded bailout programme and the acute economic costs of a bargaining standoff in terms of overall economic activity, the Syriza coalition government has made a clear choice to safeguard the disposable income and pensions of its core supporters in the public sector and the salaried middle class at the expense of the beleaguered private sector.

The tenet of ‘creative ambiguity’, which has been openly proclaimed as a key feature of the Greek government’s bargaining posture, is closely wedded to the latter’s attempt to politicise the bailout negotiations to the highest degree possible. ‘Creative ambiguity’ might be employed in a negotiation both to disguise the distance in the negotiating parties’ position on a contentious issue and to do so in a manner that enables each to claim a favourable agreement.

In the case of the Greek bailout, it refers to the application of flexible fiscal rules and targets achievable by a home-grown and politically feasible mix of fiscal consolidation and structural reforms. The politicisation of the bailout negotiations refers both to the choice of European summitry as the appropriate institutional arena for an ultimate political solution, but also the attempt to avert the imposition of wide-ranging hard conditionality arrangements enforced by self-serving and unaccountable supranational bureaucrats (namely, the ‘troika’ or ‘institutions’). In effect, this strategy dovetails well with the new government’s avowed electoral mandate to regain ownership of the country’s reform strategy and growth plan.

The politicisation of the Greek bailout negotiations also entails the pronouncement of the country’s geopolitical salience as a member of the EU, EMU, and NATO, and the systemic ripple effects of a potential Greek default. If successfully done, this can be a winning strategy for Greece as it seeks to enlist the support of major economic powers outside of the EU (namely Russia and the US) and thus to exploit the preference heterogeneity among its creditors.

Research done by IMF scholars has shown that systemically and geopolitically important countries under external financial strain (e.g. Mexico in 1995) tend to receive higher loans with less intrusive conditionality attached to them. In other words, when the core interests of major creditor countries are at stake, they assume ‘temporary control’ of the decision-making process of international financial institutions (notably the IMF) in order to ensure favourable treatment for their valued ‘client’ states and allies. However, under certain conditions, the preference heterogeneity among the multiple principals of a debtor country may allow supranational bureaucrats to exploit ‘agency slack’, further their autonomy, and reaffirm their raison d’être by means of more intrusive conditionality arrangements.

Therefore, from the point of view of Greece’s creditors, there are more objectives to consider in the design of another Greek bailout other than the pursuit of the country’s debt sustainability. Greece is a financially strained country that is also a member of a monetary union with fuzzy and weakly enforced rules. To be sure, German Chancellor Angela Merkel insisted on the participation of the IMF in the original Greek bailout in 2010 in order to complement the EMU’s porous enforcement mechanisms.

In economic terms, the size of the Greek economy (comprising around 2 per cent of the euro area’s GDP) does not justify all the fuss and global media attention surrounding this crisis. In political terms, however, the stakes are much higher, since whatever shape the final resolution of the Greek problem takes (either through another bailout, Grexit, or some other solution) will constitute a bellwether for the evolution of EMU rules and governance structures.

Eurozone officials keep stating that Greece should not be accorded favourable treatment vis-à-vis the other indebted economies of the European South that have also had to implement similar austerity programmes under explicit memoranda of understanding (e.g. Portugal and Ireland) or softer conditionality arrangements (e.g. Spain and Italy). Yet, in the case of Greece a growing number of economists have been arguing that this unwavering adherence to fixed rules based on erroneous parametric estimates has further exacerbated the depth of the depression to levels unprecedented during peace times (estimated at a 25 per cent loss of GDP in five years).

The problem that Eurozone officials are now facing is how to inject more flexibility into a new Greek bailout programme without giving the appearance of undermining the existing framework of fiscal rules within the Eurozone. The traditional trade-off between moral hazard, or in this case the misaligned incentive for fiscal profligacy in anticipation of a bailout, and a country’s need for liquidity in order to service its debt may, in the context of the EMU, only be overcome through further fiscal coordination and political integration. Despite early steps in that direction (with the Fiscal Compact and the ‘six-pack’), Germany and the bloc of like-minded countries have adopted an unsustainable strategy of ‘muddling through’, whilst cherishing in the meantime the short-run economic benefits of a weak euro and negative interest rates.

Both EU consensual politics and the fear of uncertainty over the effects of a potential Grexit would dictate that some type of agreement will emerge in the Greek case after months of strategic posturing and political brinkmanship. It remains to be seen whether such an agreement will require the guaranteed support of centrist pro-European opposition parties in the Greek Parliament (such as Potami, Pasok, and even New Democracy) in order to be ratified. If that is the case, Tsipras will have no other choice but to call snap elections with unpredictable repercussions for the country’s political and economic stability or attempt to form a unity government.

In order to tame Syriza’s rebellious left-wing factions, Tsipras may well threaten to avail himself of a useful constitutional weapon at his disposal, namely the fact that he would have full control over the drafting of closed electoral lists in a potential election contest following the dissolution of a less-than-one-year-old parliament. After all, we should not forget that Syriza, a former coalition of left-wing factions and social movements, only recently acquired the legal status of a unitary liberal democratic party in order to be eligible for the 50-seat electoral bonus accorded to the party with the highest vote share in the run-up to the January 2015 elections.

The Greek saga has been a nail-biting story of enormous political complexity featuring epic battles between markets and politicians, technocracy and democracy, supranationalism and intergovernmentalism, populism and mainstream politics. It was a politically motivated decision to let Greece into the euro, it will take a mighty political compromise on many different levels to keep it in. Unlike ancient Greek tragedies, the unravelling plot of this modern Greek drama is still in the hands of its main protagonists. 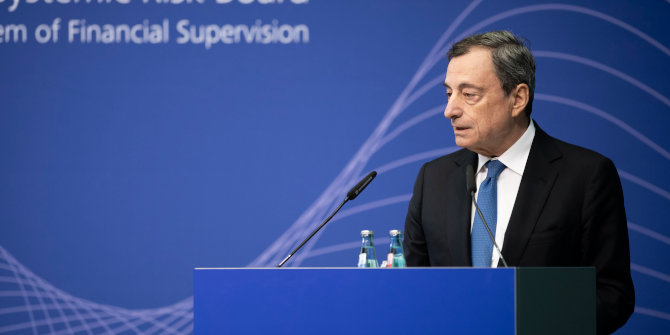 The UK’s renegotiation proposal: A good compromise, but much needs to be done to convince voters