The European Council discussed the issue of EU refugee quotas on 25-26 June, with several countries divided over whether and how responsibility for refugees should be distributed across EU member states. In light of the discussion, Hillel Rapoport outlines a three stage proposal for implementing a Tradable Refugee-Admission Quota System (TRAQS) which encompasses tradable quotas for refugees and a ‘matching mechanism’ that takes account of the preferences of migrants and member states. He argues that this model could offer a realistic framework for compromise that would be both fair and cost-effective.

The Green Group in the European Parliament took the initiative to organise on 3 June a public hearing entitled Beyond Dublin: Rethinking Europe’s Asylum System. The hearing aimed at reassessing EU asylum policies in the context of the current refugee crisis. The last session was dedicated to presenting a few “alternative proposals”, including the Tradable Refugee-Admission Quota System (TRAQS) model that I have proposed alongside my co-author Jesús Fernández-Huertas Moraga.

Our proposal builds on well-established models in public economics (markets for tradable quotas) and on recent contributions in the field of mechanism design, specifically the “matching” mechanism in what follows, which has been successfully applied by Alvin Roth and his co-authors – and won the former the 2012 Nobel Prize in Economics — to issues as diverse as the allocation of students to schools or hospitals as well as to kidney transplants. We believe that with some adaptation, these tools can also be applied to improve the EU’s asylum and refugee-admission policy in terms of both efficiency and equity.

To explain how the system could work, we use the metaphor of a 3-stage rocket. Stage 1 is similar to the “distribution key” recently proposed by the Commission. Under that proposal, formulated on 30 May and to be discussed at the European Council of 25-26 June, the distribution key seeks to achieve “fair” responsibility sharing by taking into account the population size of a country (with a weight of 40 per cent), its GDP (40 per cent), unemployment rate (10 per cent), and the number of spontaneous asylum applications and resettled refugees per million inhabitants between 2010 and 2014 (10 per cent). The scheme will consist of a single European pledge of 20,000 resettlements (for Syrian refugees currently in refugee-camps in Syria’s neighbouring countries) and the relocation of 40,000 asylum seekers currently in Greece and Italy to other EU countries.

This proposal is unlikely to be adopted for at least two reasons. First, the expected costs for receiving countries are much higher than the 6,000 euros one-time compensation per refugee proposed by the Commission. How much higher? This is impossible to know in the absence of a cost-revelation mechanism of the type we propose in our Stage 2 below. Arguably, the direct costs of physically hosting refugees/asylum seekers are just a fraction of the full economic costs, which include refugees’ immigration surplus and net fiscal contribution (which could be positive) as well as the perceived social and political costs associated to their integration.

Second, these expected costs are highly uncertain because host countries have never faced a situation where they have had to put a number on those costs (“how much I am willing to pay to avoid having to take-in one additional refugee?”) and also because countries are uncertain about the type of refugees/asylum seekers they would receive. And indeed, immediately after the European Commission proposed its New European Agenda for Migration, the British Prime Minister David Cameron announced that the UK would opt out from the system, while the French Prime Minister Manuel Valls expressed strong reservations, and the Czech Prime Minister Bohuslav Sobotka went as far as to state that the system was pure nonsense on the basis that refugees from the Middle East and Africa don’t want to come to a cold place such as the Czech Republic.

The definition of a distribution key allocating refugee-admission quotas among Member States, therefore, is a welcome but insufficient move. We propose to supplement it with two additional components.

Stage 2 consists in making the initial quotas defined in Stage 1 “tradable”. The advantage of a tradable quota system is that it allows for the revealing of information on the true costs of hosting refugees in the participating countries, and it allows countries to exploit their comparative advantages in either “hosting” or “funding”. In other words, there are two ways through which countries can contribute to the public good of the “international protection of refugees”: through visas, or through money. The market for admissions will allocate refugees so that the marginal cost of hosting them is equalised across destinations. The solution is efficient in that it minimises the total cost (or, for a given total cost, allows for the accommodation of more refugees).

In practice, tradable quotas have only been used as a tool for environmental policy. However, a market for refugee admission quotas would be more complex than a market for emissions quotas for two reasons. First, refugees are heterogeneous in terms of education, age, family status, and other factors which can make them individually more or less desirable from the viewpoint of receiving countries. Second and no less importantly, in contrast to pollution particles, refugees have preferences over their locations. This creates room for further efficiency gains by taking into account refugees’ and Member States’ preferences – hence the matching component below.

Stage 3 therefore, consists of a matching mechanism whereby each candidate refugee (e.g. an asylum seeker or a refugee applying for resettlement within the EU) is asked to rank his or her preferred destinations. This means that they would prefer to be resettled in that destination (or have their asylum request examined there) rather than remaining in their current location. Candidate refugees are then ranked in a random order, with the first in line granted her first choice, the second in line her first choice (and so on) until we have to go down the list as preferred destinations gradually fill up.

This will contribute to improving refugees’ long-term integration prospects, thereby reducing the costs of hosting them. At the same time, EU hosting countries also express their preferences, this time vis-à-vis the “type” of refugees they would like to host. For example, countries can express preferences according to the skill or education level of the refugees, their nationality, or family status. This is done by “bidding” for certain types as part of the country’s quota. If all countries have the same preferences, the result will be equivalent to a case where they are indifferent with respect to refugee type. If countries have diverging preferences, then allowing them to express these preferences will further reduce the expected cost of the system. Lowering the expected cost of the system as far as possible is essential to enlarging the political coalition that will eventually support it.

Finally, it turns out that the addition of the matching mechanism to the market for TRAQs not only leaves its efficiency properties intact (if properly designed) but also allows for designing a sanction mechanism that will insure that refugees will be well treated at their destination – which is the main concern expressed by NGOs and advocacy groups fighting for refugees’ rights. If participating countries were compensated on the basis of the number of refugees and asylum seekers they bid for in the market, they would have an incentive to bid for a large quota and later on discourage refugees and asylum seekers from going there.

For example, under the current distribution key, Hungary should host 300 resettled refugees. Instead of opposing the move, Hungary could be tempted to accept to take these 300 refugees and choose – God forbid! – to treat them badly, or to intimidate them, effectively discouraging them and future refugees from coming. With the sanction mechanism we propose (possible only by combining the tradable quota system and the matching mechanism), Hungary would have to pay the market price for the unfilled part of its quota, which would impose a higher cost than the true cost for Hungary of hosting refugees, whatever that cost is. In other words, countries would be incentivised to become attractive destinations for refugees, not unattractive ones. Or, to paraphrase Mr. Sobotka, the fact that refugees don’t want to come to the Czech Republic, instead of being other Member States’ problem, would become the Czech Republic’s problem – it would have an incentive to become a ‘warmer’ place.

Overall, the combination of these two elements – the tradable quotas system and the matching mechanism – results in a policy tool that has lots of theoretical advantages: cost-efficiency, incentive compatibility (that is, it generates a truthful revelation of preferences on both the migrants and countries’ sides), and fairness in responsibility sharing. It should be given a fair chance.

This article is based on joint work with Jesús Fernández-Huertas Moraga, Universidad Autónoma de Madrid. See the author’s forthcoming article in CESifo Economic Studies for a longer discussion of the topic. 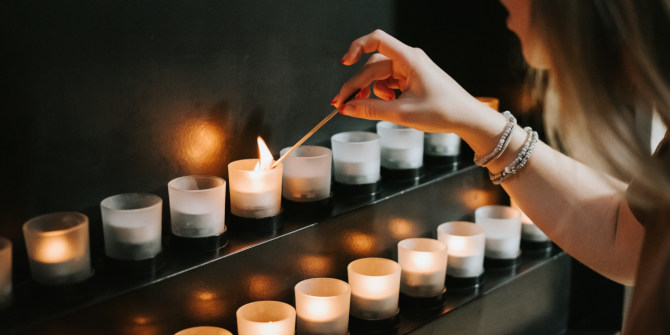