Are European political systems becoming more ‘presidentialised’? Fortunato Musella writes on the experience of Italy in recent decades, first under the leadership of Silvio Berlusconi, and later under Matteo Renzi. He argues that the movement toward presidentialisation in the country is not unique to Italy and is part of a wider trend across western Europe.

Some cross-national trends are changing political parties in all Western democracies. Many of these changes benefit those at the top of their parties, who are now more able to gain more popular legitimation and exercise more powers than they were in the past. Indeed, if party leadership selections used to be an oligarchic intra-elite selection procedure, now an increasing number of parties allow members to participate directly in the selection of, say, the party Chairman.

Moreover, the process of presidentialisation of democratic government brings about a shift of power and responsibilities from the collective to the monocratic. Due to short and long term factors, such as the ‘mediatisation’ of political life, as well as to charismatic appeal of single presidents, party leaders are assuming the role of the protagonist in the democratic world. So studying party leaders is becoming not only a way of analysing one of the most relevant actors in representative regimes, but also an opportunity to observe the ways in which democracy itself is departing from its traditional form.

A forthcoming special issue of the Italian Political Science Review (edited by myself and Paul Webb) aims to investigate the rise of “personal leaders” in Western democracies, including the UK, Germany, Italy and some Central-Eastern European countries. My article, arrived at through analysing a dataset including approximately five hundred party presidents in thirteen democracies, focuses on the personalisation of party leadership by comparing Italy with other Western countries. The analysis confirms that ‘party leaders have become more powerful and autonomous actors in recent years, by developing a direct and personal relationship with citizens’. In particular, Italy seems a step more advanced than most democracies in three different key respects when it comes to the rise of individual party leadership; leader selection; party organisation; and governmental activities.

With regards to the new procedures for the selection of party chairs, Italy reinforces the tendencies toward the enlargement of the franchise that registers in other countries. In the populist Lega Nord party, for instance, after Roberto Maroni announced that he was stepping down from the party leadership, a competition occurred between the party founder Umberto Bossi and the emerging leader Matteo Salvini, who was able to obtain a landslide victory with 82 per cent of the vote in the “primary” and more than 8,000 ballots.

The Democratic Party has also innovated with new methods of selecting leadership posts since 2007, when the party directly elected its party secretary – the first case of this happening anywhere in Europe. Walter Veltroni was nominated as leader through the consensus of the party base, in a consultation open to all electors, and he obtained a plebiscitary victory. In 2009 Pier Luigi Bersani occupied the highest party office through the vote of party supporters, although he won in a more competitive contest. Finally, in 2013 Matteo Renzi became the youngest ever leftist party leader and the current prime minister, only thanks to the votes of his sympathisers.

If we want to see an alternative model of leadership to Renzi’s, we need only look elsewhere in Italy. In Silvio Berlusconi’s Forza Italia party, and in the parties that have imitated its organisational structure in recent years, the leader is simply anointed by citizens or specific collegial bodies, with no effective competition for leader selection. The same is true for the new-born Movimento 5 Stelle, where Beppe Grillo acts as a natural leader, with no necessity to be elected through a membership ballot.

Centralisation of power in party organisations is particularly marked in Italy in comparison with other democracies. If we consider, for example, the power of selecting candidates for national legislatures, a clear shift can be identified towards widening participation within the selectorate. For instance it is relevant to note the novelty of the primary organised by the Italian Democratic Party for the candidate to lead them into the 2013 national elections (called “parlamentarie”), with very high levels of participation and competitiveness.

Yet empirical support has been found to show that, despite increasing the inclusiveness of candidate selections, party leaders still retain many instruments to indicate candidates, or to exercise a veto on unwanted nominees. Moreover in new Italian parties founded by their party leader, the president acts as a plenipotentiary figure by deciding candidacies and directly imposing his associates.

Finally, while party leaders also obtain central positions in key democratic institutions, such as parliament or government, Italy is following the pattern of Western democracies in terms of correspondence of party leaders and prime ministers too. Thanks to the bipolarisation of the party system brought about by the majoritarian electoral system reforms after Tangentopoli, coalitions started to nominate a candidate for premiership before elections. Later on, Renzi became the first to become premier as a representative of his party.

This result has seemed to complete a process of reinforcement of the Italian head of government which has rendered the country a leader in the process of presidentialisation of parliamentary regimes. Italian executives have strongly increased their normative powers in recent years: in particular, Renzi has reached an incredible record in terms of the quantity of decrees approved through a parliamentary confidence vote, a circumstance which has occurred more than three times a month during the first part of his mandate.

Italy is not to be considered a unique case in the field of party leadership, as many of its trends have been shared by other advanced democracies. It is not wrong, however, to use it as a laboratory of party change, which demonstrates to Europe its future trend toward personalisation. Even after Berlusconi, leaders and their ‘personal parties’ will continue to change the very nature of democratic politics.

Note: This article originally appeared at our partner site, Democratic Audit. It gives the views of the author, not the position of EUROPP – European Politics and Policy, nor of the London School of Economics. 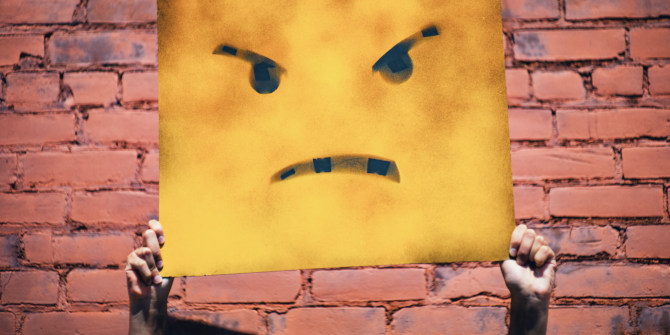