Tax avoidance is a key problem for European countries, with the EU taking several steps to try and limit the ability of businesses to shift their profits to low-tax jurisdictions. Peter Dietsch writes on the nature of the problem and what can be done to tackle it. He argues that whatever form of regulation is implemented, only a multilateral solution can address the problem. He suggests that the creation of an International Tax Organisation (ITO) with powers similar to those of the WTO would be an effective means to promote reform.

The creativity of rich individuals and their tax advisors to hide private wealth in tax havens such as Switzerland or the Isle of Man knows hardly any bounds. Just as unethical, though often legal, are the multiple techniques multinational corporations use to shift profits to low-tax jurisdictions such as Luxembourg. And even though small states have a structural advantage when it comes to engaging in tax competition, that is, attracting capital from abroad, big economies have become adept at playing the game, too: the United States, Germany, and the Cayman Islands and Jersey (two jurisdictions politically dependent on the United Kingdom) all feature in the top 10 of the Tax Justice Network’s 2013 financial secrecy index.

As illustrated by widespread media coverage and numerous civil society campaigns, tax avoidance offends people’s sense of justice. The EU has taken several steps to promote tax justice. Both the EU Savings Directive, subsequent pieces of legislation, and support for the OECD’s and G20’s push for more transparency represent real progress in the fight against tax evasion. The fight against corporate profit-shifting and tax avoidance is more complex, and here the EU should accelerate its plan to move towards a consolidated corporate tax base, as described below.

In order to formulate a coherent policy vis-à-vis tax competition, we need to take a step back and understand the challenges tax competition poses to economic life as we know it. Tax competition is part of a wider trend of the isolation of economic forces from electoral pressures under capitalism. The mobility of capital in an environment of deregulated markets allows capital owners to extricate themselves from the social contract. They benefit from public goods and infrastructure without paying their fair share. This trend undermines fiscal autonomy and it contributes to rising inequalities in income and wealth.

How to tackle tax competition

We can distinguish between three types of tax competition that target portfolio capital of wealthy individuals, paper-profits of multinationals, and foreign direct investment (FDI) respectively. What should be done about these phenomena from an ethical perspective?

First, all forms of what the OECD has called poaching, that is the intrusion or free-riding by one state on another state’s tax base, should be eliminated. This rules out the first two types of tax competition just mentioned, and thus would put an end to both individual tax evasion and corporate profit-shifting. Significant progress has been made on the first front in recent years. As to corporate profit-shifting, two rival strategies are being contemplated today.

First, as part of its action plan against profit-shifting, the OECD acknowledges that the current system of separate entity accounting is broken, but they are optimistic it can be fixed. Given the inherent vulnerability of separate entity accounting to loopholes, this optimism is misplaced. Second, experts have proposed a system of unitary tax and formulary apportionment, which has the potential of restricting corporate tax planning, and thus promises to be more effective.

Under this proposal, the profits of multinationals are calculated on a global basis, before the right to tax a share of these profits is allocated to different states based on the actual economic activity (sales, payroll, assets) that occurs in their jurisdiction. The EU has talked about this option for more than a decade now. Given the pressure on national tax revenues since the financial crises, moving forward on this dossier is more urgent than ever. One can only hope that the current EU Commission is committed to pursuing this reform path against the resistance of member states such as Ireland, the Netherlands, or Luxembourg.

Yet, there is a further hic. Once you prohibit fiscal free-riding, the incentives for individuals and, in particular, for multinationals to actually relocate to a different jurisdiction will increase markedly. If Apple and Starbucks and you-name-your-favourite-multinational can no longer reduce their effective tax rates to a fraction of the nominal tax rate in many countries, they will be more likely to move their activities (and jobs) to low-tax jurisdictions altogether. Incidentally, this is one of the reasons why the governments of rich countries have tolerated the injustices of poaching: they are afraid of the economic fall-out from closing loopholes.

Second, therefore, we have all the more reason to develop an ethical perspective on, and regulatory framework for, the third type of tax competition, the competition for FDI. What, if anything, is wrong for instance with Ireland’s low corporate tax rate and the fact that it attracts a disproportionate share of FDI in the European Union? Such policies should be prohibited when two conditions are jointly met: first, when the policy is strategically motivated, that is when it specifically targets attracting capital rather than pursuing independent political motives; and second, when it is effective in doing so, that is when it results in a net capital inflow to the country that adopts the policy.

Regulating the competition for FDI is admittedly more complex than regulating the two forms of poaching. For instance, exemptions for poor countries might be justified. However, note that our current practices in international trade are very similar to what is proposed here. The World Trade Organisation (WTO) prohibits subsidies, because they undermine the level-playing field of international trade. Since a tax break and a subsidy are but two sides of the same coin, coherence calls for a regulation of the competition for FDI, too.

Note that none of the reforms advocated above require the harmonisation of tax rates. They do call for the harmonisation of fiscal rules (e.g. the rules allocating the right to tax multinationals to different jurisdictions). Today, discrepancies in these kinds of rules open up loopholes and facilitate tax avoidance.

Whatever the precise contours of a regulation of tax competition, it requires a multilateral solution. This in itself presents a non-negligible challenge, since such a reform will necessarily produce winners and losers. Beyond the European context, the creation of an International Tax Organisation (ITO) with powers similar to those of the WTO would be an effective means to promote reform.

Peter Dietsch – Université de Montréal
Peter Dietsch is Associate Professor of philosophy at the Université de Montréal. He is the author of Catching Capital – The Ethics of Tax Competition (Oxford University Press, 2015). Together with co-author Thomas Rixen (political science, Universität Bamberg), he has called for the creation of an International Tax Organisation to regulate tax competition. Dietsch and Rixen have also edited a collection of papers on global tax governance (Global Tax Governance – What is Wrong With It and How to Fix It, ECPR Press, forthcoming). 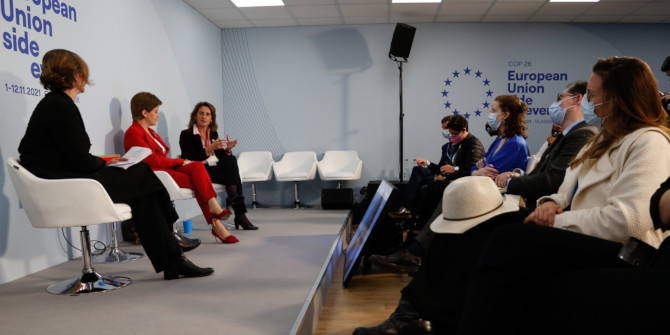