On three occasions – Denmark on the Maastricht Treaty, Ireland on the Nice Treaty and Ireland again on the Lisbon Treaty – voters have initially rejected an EU treaty only to vote in favour of it in a second referendum. Based on research conducted in Denmark and Ireland, Ece Özlem Atikcan assesses the reasons why voters changed their minds in each case. She illustrates that ‘Yes’ campaigners in both states learned from previous referendums and developed an approach that reframed the issue by emphasising concessions gained from the EU and the risks of rejecting a treaty for a second time.

Reforming European Union treaties is a complex process. For a new treaty to enter into force, all member states need to ratify it and they are free to put the question to their electorates, with the system functioning differently for different countries. While bigger member states such as France can – at least temporarily – put the brakes on the integration project when their public rejects a treaty, the smaller member states go back to their voters to persuade them in second referendums. This has happened three times in EU referendums – in Denmark on the Maastricht Treaty in 1992-3, Ireland on the Nice Treaty in 2001-2, and Ireland again on the Lisbon Treaty in 2008-9 – with all of these referendums ultimately proving successful for those backing the treaty. But why do voters change their mind in these repeat referendums?

Explaining the success of second EU referendums in Denmark and Ireland

The answer lies in the specific dynamics of referendum campaigns. In a referendum, the typical No campaign strategy aimed at rejecting the treaty on offer is to associate the proposal with unpopular themes and thereby drive down public support for it. The No campaigners therefore have a structural advantage, as they need only to raise doubts in the minds of voters. This state of play, however, typically only holds for the first referendum held on a treaty, not for the second. Drawing on face-to-face and semi-structured interviews with 38 campaigners in Denmark and Ireland, I have performed an analysis of campaign documents which illustrates that campaign strategies were drastically different in the three ‘second referendums’ held by these countries.

In all three of the second referendums, the Yes campaigners used two new strategies to tie the hands of No campaigners. After the initial rejection, the government sought reassurances from the EU on the controversial themes of the first campaign, effectively allowing them to ask the same question again. Having changed the context successfully, the Yes side could thereby frame the question differently. To achieve this they used their second strategy, which was to raise the stakes of a second rejection. This time the Yes side could use the risk factor, which was more available to the No side in the first rounds. Importantly, Denmark initially designed these strategies, which the Irish learned and adopted later on.

In the first rounds in both countries, as expected, the No campaign’s arguments tapped into the sensitive subjects relevant to society. In Denmark, the No side argued that the Maastricht Treaty would lead to loss of Danish sovereignty in a new United States of Europe, which would undermine or abolish the Danish currency and Danish citizenship. In Ireland during both the Nice and Lisbon referendums, the No campaigners repeatedly argued that the treaties would change Irish laws on abortion, lead to a loss of sovereignty, undermine Ireland’s military neutrality, and remove its permanent EU Commissioner.

In the second round, however, the arguments changed. The Yes side argued that Europe had listened to the Danish/Irish people and responded with legal guarantees, which were specifically on the themes raised by the No side. With the Edinburgh Agreement, Denmark would have four opt-outs in the fields of European citizenship, economic and monetary union, defence policy, and justice and home affairs. Ireland, on the other hand, gained guarantees concerning its military neutrality with the Seville Declaration after the Nice referendum, and on the Irish commissioner, competency over tax rates, abortion, neutrality, and workers’ rights after the Lisbon referendum.

In addition to the arguments on the guarantees, the Yes side emphasised the consequences of a second No vote such as potential exclusion from the EU and economic costs. This shift was visible in the choice of slogans as well. In Denmark, the Liberal Party went from ‘Vote Yes!’ to ‘Go for the safe choice, you will not get another chance’. In Ireland too, abstract Yes slogans such as ‘Europe: Let’s be at the heart of it’ were replaced with more dramatic messages such as ‘Ruin versus recovery’.

Public opinion data parallels these trends. To take the Irish Lisbon referendums as an example, Table 1 below shows that No campaigners succeeded in raising doubts on their themes in the first referendum. In the second referendum, however, the Yes side addressed the contention around these controversial No campaign themes, as shown in Table 2, which confirms that a significant majority of voters agreed that the guarantees protected Irish interests.

Table 1: Agreement with No campaign themes in the first Lisbon Treaty referendum in Ireland

Table 2: Perceptions of the guarantees provided to Ireland prior to the second Lisbon Treaty referendum

Individual-level data confirm these patterns, controlling for alternative explanations such as socioeconomic factors, party identification, level of knowledge, and attitudes towards the government and the Union. This multivariate regression analysis shows that awareness of guarantees on the Commissioner and taxation was associated with voting Yes. As for the success of the second strategy, the same study confirms that the positive evaluation of EU membership, and the expectation that the Yes vote would decrease Ireland’s economic problems, were the key factors explaining the Yes vote in 2009 as well as the switch from a No vote in 2008 to a Yes vote in 2009.

These findings show that the Yes campaigners learned from past experience and built a toolkit for overturning the negative result. In fact, there is evidence that the No side learned as well. During the first Lisbon campaign, Irish No campaigners explicitly stressed that Ireland could get a better deal after a rejection by receiving concessions from the EU. This has implications, signalling a new form of negotiation power for small member states in guiding European integration.

Note: This article gives the views of the author, and not the position of EUROPP – European Politics and Policy, nor of the London School of Economics. Featured image credit: William Murphy / Flickr (CC BY-SA 2.0)

Ece Özlem Atikcan – Université Laval
Ece Özlem Atikcan is an Assistant Professor at the Department of Political Science, Université Laval in Québec. Her research seeks to explain rapid shifts in public opinion towards the EU, focusing particularly on referendum campaigns. Her work has appeared in the Journal of Common Market Studies, Journal of European Integration, has a forthcoming book published by Cambridge University Press. 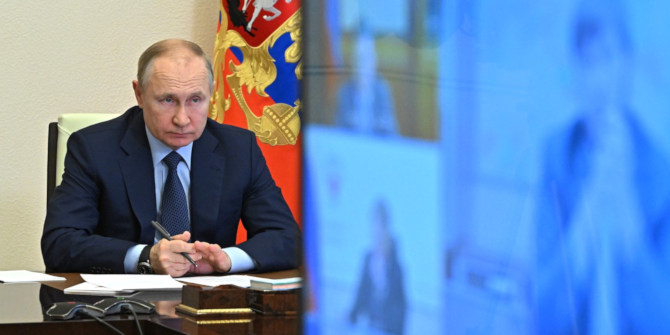