Starting in late September, Montenegro has experienced a stream of protests, with police at times resorting to the use of force to disperse protesters. Mirko Bošković writes that initially the protests were driven by an opposition party, the Democratic Front, and were perceived to be largely pro-Russian and anti-NATO in nature. While this ensured a substantial part of the country’s civil society did not participate in the demonstrations when they first began, the situation changed dramatically following the authorities’ attempts to repress the movement. The anti-government character of the demonstrations has now taken centre stage, with protesters calling for ‘the first free and fair elections in the history of Montenegro’ and the end of Milo Đukanović‘s 26-year-long rule.

The ongoing protests that are taking place in Montenegro’s capital Podgorica started on 27 September, when the Democratic Front (DF), a composite coalition of opposition parties with different ideologies, placed tents on the boulevard in front of the Parliament, in an act reminiscent of the recent protests in neighbouring Macedonia.

The demonstrations were directed against the government but also against Montenegro’s NATO membership. Officially, the goal of the protesters was not only to stop Montenegro’s advance toward joining NATO, whose invitation is expected to come on 1 December, but the timing of the demonstrations and the way in which the protesters have acted could not hide that objective. In Montenegro this position is generally associated with pro-Serbian and pro-Russian views.

Nevertheless anti-NATO sentiments have become entwined with broader protests against the regime of Milo Đukanović – the current prime minister who has been ruling over Montenegro, in one form or another, for well over two decades. Demonstrators have denounced the state of the economy, lamented pervasive corruption and organised crime, and called for ‘the first free and fair elections in Montenegro’s history’.

Montenegro in the shadow of Russia

At the beginning of the protests, the movement was not particularly large, but it represented something of a breath of fresh air in Montenegro’s stifling political climate. That was the case, at least, until the Church stepped in. This intervention took the form of Metropolitan Amfilohije of the Serbian Orthodox Church climbing onto the stage during the protests to lament Montenegro’s ‘separation from mother Russia’.

At this stage most of the liberally-minded supporters stopped coming to the camp, as for them Metropolitan Amfilohije represents the dark days of nationalism, hate and intolerance. His appearance also raised the suspicion that the protests were mainly anti-NATO in character. Many Montenegrins who are dissatisfied with the current political climate are not necessarily against NATO membership, and therefore abandoned the demonstrations.

It is worth remembering that Russia and Montenegro enjoyed excellent relations for several years before and after Montenegro’s independence in 2006. Russian capital flowed in large amounts into the former Yugoslav country’s economy, chiefly in the aluminium industry, real estate and tourism sectors. Russian billboards are still ubiquitous along the Montenegrin coast and the language is often spoken in tourist destinations. However, relations between the two countries have cooled considerably in recent years, as a consequence of Montenegro’s decision to back anti-Russia sanctions over the Ukraine crisis and its leaders’ open commitment to Euro-Atlantic integration.

With the protests losing their inclusive character, the number of supporters began to decrease with every passing day and the citizens of Podgorica started to complain to the local authorities about heavy traffic jams ’caused by a few empty tents’. The authorities suggested the organisers move their tents to the park across from the Parliament and free the main road, while also offering to close the road every evening for 2-3 hours for the demonstrators to hold public speeches. The Democratic Front refused that offer.

At this point, the authorities made a grave mistake: they decided to forcefully remove the tents in the early morning of Saturday, 17 October. The action of clearing up the village of tents – where only a few Democratic Front MPs and a few dozen supporters were left – did not take long to complete, but its effect on public opinion lasted much longer. This brought the Democratic Front’s protests back to life. Arguably, whoever decided to break-up the protest did its organisers a great favour because it is likely they would have died out within a matter of days.

Democratic Front MPs tried to stop the removal of the tents and the police resorted to force. In some cases, the actions of the police were violent and dramatic. The whole situation was recorded and broadcast on TV and the internet, generating widespread anger among many citizens, regardless of their level of support for the Democratic Front.

The violence proved unacceptable to a Montenegrin public that is not used to watching such scenes take place in their country. The next day, thousands of people peacefully demonstrated on the streets of Podgorica against Đukanović‘s regime, and another protest was announced for the following week. During the intervening period, tensions rose, fuelled by a media-led propaganda campaign which spread confusion about the nature of the protests.

On Saturday 24 October the tense atmosphere eventually spilled over into a relatively reckless ‘ultimatum’ issued by Democratic Front MPs, who requested the government’s resignation within an hour and then stated that if the president of the Parliament does not appear within ten minutes they ‘will not answer for the actions of the crowd’.

Chaos ensued, with masked hooligans attempting to break through the barriers and the police reacting forcefully. The centre of Podgorica was covered with tear gas. Citizens reported violent – even brutal – police actions, footage of which was made public by the media. The recordings and descriptions from witnesses have since prompted several conspiracy theories to emerge concerning who started the violence and why.

There has been ample speculation over what the true meaning of the protests actually is. Depending on the perspective adopted, it is easy to construct different explanations. For Montenegro’s civil society, the hope was that these demonstrations would represent what the 5 October 2000 uprising against Milošević meant for Serbia: the ousting of a long-entrenched ruler. Even the iconography, the slogans, the graphics, the songs and the visual identity of the protests mirrored to some extent the Serbian experience. But this time, the context and the ‘enemy’ was different.

The Serbian movement was supported by western countries because Milošević was clearly perceived to be a dictator whose actions ran counter to the interests of the West. The story of Đukanović is completely different: his party, the DPS, have proved to be a stable partner for NATO and the EU. Đukanović is someone who the international community can count on, while many of the opposition parties, with their unclear politics and somewhat dubious attitude towards NATO and the value system of western democracies, are perceived as being less trustworthy.

Ultimately, although the party that instigated the demonstrations – the Democratic Front – is pro-Russian and anti-NATO, the protests have ended up being driven by a reaction to the heavy-handed way the authorities dealt with the protesters. They have also made visible a genuine desire for change after 26 years of effective one party rule under Đukanović‘s DPS.

Long term, Montenegro will likely receive its invitation to join NATO in December, irrespective of the views of the Democratic Front. Furthermore, it may even be the case that the perceived instability and violence generated by the demonstrations could increase the popularity of Đukanović. Having navigated his country through the turbulence of its exit from Yugoslavia without bloodshed, Đukanović is still viewed as the politician most likely to deliver stability to Montenegro.

With elections due early next year, the DPS could well secure an absolute majority and extend Đukanović‘s rule yet further. It would be a rather paradoxical outcome if the protests that tried to end his 26 year grip on power produced the opposite outcome, yet given the nature of Montenegrin politics this remains entirely possible. 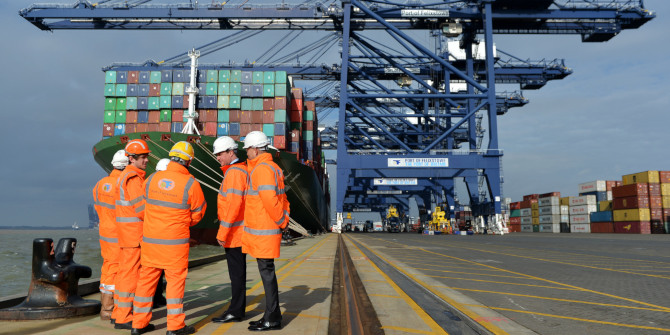 A dearth of legislative vetoes: Why the Council and Parliament have been reluctant to veto Commission legislation