Spain will hold a general election on 20 December, with opinion polls indicating a tight contest between four parties for the largest share of the vote – the governing People’s Party (PP), who have a small lead in most polls, the Spanish Socialist Workers’ Party (PSOE), Ciudadanos (C’s), and Podemos. To mark the election, EUROPP is running a series of articles examining each of the four parties and their campaigns ahead of the vote. In the second article of the series, Iván Llamazares assesses the campaign run by Podemos and the party’s chance of success.

In the European Parliament elections of May 2014, Podemos (We can) achieved a major electoral breakthrough by receiving 8 per cent of the national vote share and obtaining 5 seats. Podemos had been founded just a few months earlier as a coalition of anti-capitalist political organisations, social activists who opposed the governing People’s Party’s adjustment policies, and a few social science scholars who had attained popularity in the Spanish media.

First and foremost among this latter group was Pablo Iglesias, a political science lecturer who would become the main leader of the party. The new party combined the innovative populist discourse of Iglesias, aimed at transcending the old left-right ideological divides by giving voice to all those who had been severely hit by the economic crisis, with a new emphasis on democratic and bottom-up politics, using social communication technologies. These procedures allowed all sympathisers to nominate the candidates for the European Parliament elections in a completely open primary.

The party’s success in the European Parliament elections was perceived by Podemos’ leaders as the first step on their path to national political power in the 2015 parliamentary elections. To prepare for that struggle, Podemos held a constitutional process in October 2014. During this assembly, the political and organisational power of Pablo Iglesias within the party was drastically strengthened. In addition, Podemos participated, with varying degrees of success, in several electoral contests from that moment on.

In the regional and local elections of May 2015 it secured impressive results. Most notably, the independent candidates endorsed by the party became the mayors of Madrid and Barcelona. By contrast, disappointing results in the Catalan elections of September 2015 led to the perception that the continuous electoral growth of Podemos may have already reached its ceiling. This impression was without doubt reinforced by the very good results of Ciudadanos, another new party that became the second most supported party in the Catalan elections.

As the election approaches, uncertainty remains high regarding the results Podemos and the other parties may achieve. According to the most widely respected electoral survey in Spain, conducted by the Centro de Investigaciones Sociológicas (CIS), Podemos and its allies (several leftist and peripheral nationalist organisations in Catalonia, Galicia, and Valencia) might obtain around 16 per cent of the vote and between 45-49 seats in Parliament.

If these predictions are right (they must be taken with caution, given around 20 per cent of the respondents said they did not know yet which party they would vote for), Podemos would lag behind Ciudadanos (63-66 seats), the Socialist Party (77-89 seats), and the PP (120-128 seats). These results would fall very far from the party’s proclaimed goal of becoming the most popular party in Spain. Results this low would also make it almost impossible to build a government coalition in which Podemos would be present.

In the best case scenario for both Podemos and the Socialist Party, their combined number of seats (138) would still be far from the number required for an absolute majority (176 seats). And an ideologically heterogeneous coalition between Podemos, the Socialist Party and Ciudadanos would remain much less likely than one between the PP and Ciudadanos, two political parties that are relatively close to each other in most ideological respects. Undoubtedly, a new government led by Mariano Rajoy or by any other PP leader would constitute a disappointing result for Podemos.

The electoral campaign has however given some reason for hope to Podemos strategists. The fact that, according to most surveys, Pablo Iglesias performed better that his main rivals in two recently held debates, creates at least the possibility of making some inroads among left of centre voters (at the expense of the Socialist Party) and among more centrist voters who reject traditional parties (at the expense of Ciudadanos). The particularly good prospects of the transversal electoral coalition built by Podemos in Catalonia, which is endorsed by the mayor of Barcelona, Ada Colau, also provides some grounds for optimism.

However, there are some characteristics of Spanish public opinion that indicate the potential for voters to shift toward Podemos in the remaining days of the campaign is relatively limited. According to the CIS survey mentioned above, most of the people who had not yet decided how to vote were considering alternatives that included the PP, the Socialist Party, and Ciudadanos, but not Podemos. Furthermore, it is possible that undecided voters will resort in the last minute to centrist alternatives (such as the Socialist Party or even Ciudadanos) leading to more predictable scenarios. In fact, all surveys reveal that Podemos continues to find its highest rate of success among the group of radical left voters.

Last but not least, the promise Podemos has made to back a referendum on the independence of Catalonia, and the alliances that it has reached with peripheral nationalist groups in Catalonia, Valencia, Galicia, and, to a lesser degree, Navarre, opens quite vulnerable flanks to competitive attacks among large sections of the Spanish centre-left electorate.

Beyond the 2015 elections: promising prospects after a disappointing result?

If the final electoral results are close to the CIS estimates, Podemos will have secured an important electoral and political breakthrough, even if this remains a long way from its proclaimed goal of becoming a key player in the next Spanish government. With 16 per cent of the vote, Podemos would move far beyond the previous ceiling of the Spanish radical left, which had obtained about 11 per cent of the vote in 1979 (as the Communist Party) and 1996 (as the United Left), although the percentage of votes cast for Podemos would have been much lower if the party had not become a member of large political coalitions in Catalonia, Valencia, and Galicia.

But perhaps more importantly, Podemos would then have the competitive advantage of facing a Socialist Party that is ideologically disoriented and cannot rely on an agreed-upon national leader (assuming that the CIS estimates are in line with the final results and Pedro Sánchez does not win the election). In these circumstances, Podemos will have to a follow a prolonged path towards political power.

It will also have to face strong internal ideological tensions (between anti-capitalist activists and vote-maximising populist leaders) and crucial political-territorial dilemmas (regarding first and foremost Catalan independence). Naturally, the chances of Podemos will also depend on the behaviour of its main competitors: in particular, on the ability of the Socialist Party to redefine itself programmatically and to establish a new and successful political leadership. 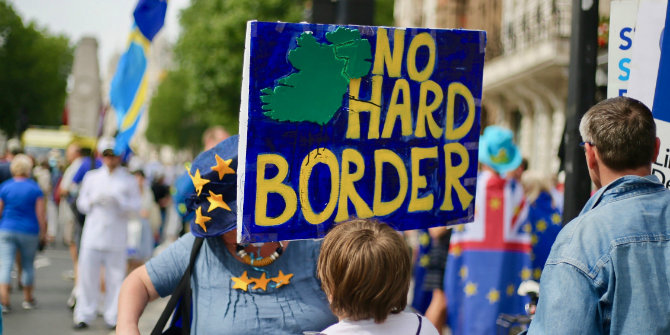