Following an election, are parties that enter government more likely to alter their electoral platform than parties in opposition? Gijs Schumacher, Marc van de Wardt, Barbara Vis and Michael Baggesen Klitgaard present findings from data on party programmes going back to 1945. Their research indicates that, contrary to expectations, parties in government are more likely to alter their programme than parties in opposition, but that this effect depends on the extent to which parties aspire to hold office in the next election.

Parties dedicate attention to a large number of issues in their electoral programmes and on many of these issues they take a position. The Manifesto Research Group has coded 3,749 electoral programmes of European, North American and Antipodean parties going back to 1945. They distinguish between 56 different categories in this coding and indicate per category the percentage of attention dedicated to it in the respective election programme.

Many researchers have used this dataset to construct left-right positions. To measure the change between a party’s current and previous electoral programme, we analysed the change in attention per category (such as a party’s position on multiculturalism and attention to law and order). To arrive at more meaningful categories, we reduced the 56 categories to 19. On average, parties change on about 4 categories. Government parties almost change on average on one category more than opposition parties do (3.8 categories versus 4.6).

This difference becomes stronger if we control for alternative explanations of party platform change such as electoral results, public opinion shifts and fluctuations in economic performance. We also find this difference if we construct party platform change differently or if we use another dataset (the Chapel Hill Expert Survey). These conclusions are based on a sample of 1,686 election programmes from 214 parties in 21 democracies in the period 1950-2013.

Why do government parties change more?

Some theories that claim opposition parties change their platform more frequently than governing parties cite ‘loss aversion’ as an explanation. This mechanism – part of so called ‘prospect theory’ developed by Daniel Kahneman and Amos Tversky – claims that individuals take more risks when confronted with loss and become risk-averse when confronted with gains. According to this logic, parties that have lost (elections or government participation) should change their platform more readily.

It depends on your aspirations

Our results demonstrate that government parties who govern for the first time are the most likely parties to change their platform in the next elections. For example, the pacifists from the German Greens in the first ‘red-green’ Schröder coalition gave the green light for German participation in a NATO-intervention in Kosovo.

The Dutch Christian Union (a small orthodox protestant party) became considerably less homophobic during its first and only term in office (2006-2010). More recently (2011-2014) we have seen the Danish Socialist People’s Party shift towards the centre on economic issues during its first spell in government. The reason that these parties change considerably is that they are most at risk of electoral punishment or they have very little faith in continued success because of their lack of experience.

Of course this type of party is rather rare. Still, we found that these parties change drastically once they end up in opposition for the first time. For example, the Dutch Christian Democrats changed on 16 categories in 1998 after their first spell in opposition – one of our most extreme observations. In sum, how you respond to government participation or opposition status really depends on your aspirations vis-à-vis government.

Ultimately, our results suggest that opposition parties who are winning in the polls are likely to take fewer risks. Governing parties on the other hand are likely to take more-and-more risks with elections approaching. Of course our work also raises some new questions. Do parties indeed respond to polls? And which levels of the party push for party platform change? Who initiates the changes? These questions we hope to address in future research.

Note: This article gives the views of the authors, and not the position of EUROPP – European Politics and Policy, nor of the London School of Economics. Featured image credit: Richard Ying (CC-BY-SA-2.0) 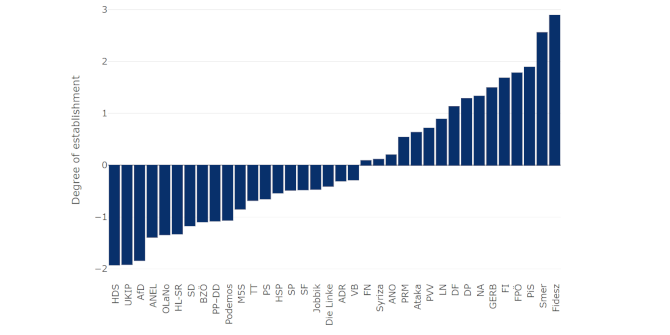 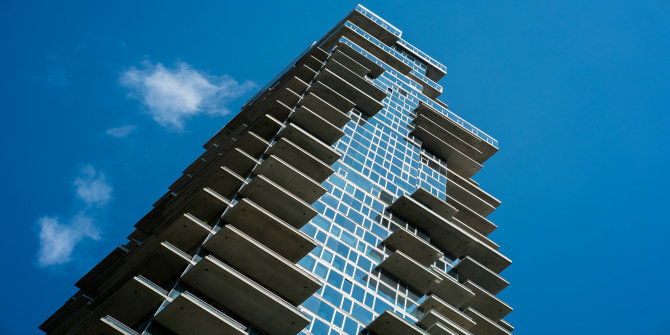 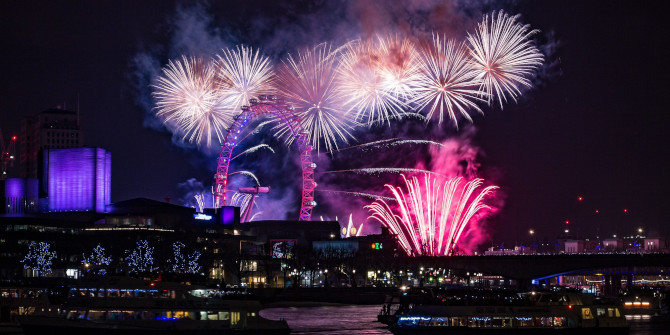 Our top five articles from 2020