After a gruelling two-day European Council summit which saw the UK renegotiation top even the migrant crisis on the agenda, David Cameron and EU leaders finally agreed on a deal on the evening of 19 February. The British PM has expressed his satisfaction with the result obtained and announced a date for the referendum, to be held on Thursday, 23 June. But will it be enough to satisfy critics? Steve Peers discusses the four main issues the deal considers, and how these results will fare with Eurosceptic voters.

The late-night deal struck between national leaders in Brussels on February 19 will change the UK’s future relationship with the European Union. British voters will decide if they want to remain in the EU or leave in a referendum now set for June 23.

The deal addresses all four issues which David Cameron, the UK prime minister, wanted to renegotiate, although in each case he got only part of what he asked for. Those four issues were: free movement for EU citizens; UK sovereignty; competitiveness of the EU; and relations between eurozone and non-eurozone countries.

What’s in the deal? The UK can impose limits on in-work benefits for EU workers for a period of up to four years after they start working in the UK. However, the mechanism can only remain in place for seven years. The UK would have to make a request to the EU and that request would have to be approved by other member states in the EU Council.

Other parts of the deal allow the UK to place more restrictions on non-EU family members of EU citizens who apply to come to the UK, and to limit the payment of child benefit to EU workers who have children in another member state. There will have to be three new EU laws, proposed after the referendum, to make all this happen.

Will it go ahead? The European Commission has announced that it will make these three proposals, and the deal says that the member states support the benefits plans. But it’s not clear if they will agree when the UK actually wants to pull the emergency brake in practice.

Nor is it clear whether the European parliament supports the planned legislation – and that really is a crucial question, since its approval is essential. While the largest party in the parliament supports the UK’s deal, it says it will examine the detail; and some other parties will also need to agree. There is also a chance that the new laws could be challenged in the EU courts for breaching the EU Treaties.

Will it please Eurosceptics? Critics say Cameron did not ask for enough here. He never tried to overturn the basic idea of the free movement of people. Cameron secured agreement on most of his proposal on non-EU family members, but he had asked for more on in-work benefits and child benefits. The goal was a permanent ban on in-work benefits for the first four years after a worker arrives in the UK. Instead he has a temporary, and limited restriction. On child benefit, he wanted to prevent any export of child benefit to other EU countries. Instead, the amount of those exports will be limited – and this rule can only apply to workers already in the UK and claiming exported child benefit from 2020.

Will it go ahead? It isn’t necessary for the EU Commission or parliament to agree to this plan, although they could try to find some way to challenge it in the EU courts.

The proposal also addresses Cameron’s demand to exempt Britain from the idea of “ever-closer union” of the EU. That won’t happen officially until the next amendment to the EU Treaties, and there’s no date for when that will take place.

Critics are unhappy that the UK did not get an immediate exemption from an “ever-closer union”, along with a return of powers from the EU back to the UK. Instead, the deal just reiterates all the ways the UK can opt out of EU law, with no definite date for the full exemption of the UK from the “ever-closer union” clause. However, Cameron has said that he will soon propose a new law on British sovereignty.

Competitiveness of the EU

What’s in the deal? There are a lot of general statements, but nothing very substantial.

Will it go ahead? The deal is not very specific on this issue. New trade agreements with non-EU countries, and any repeals or simplifications of EU laws, will be subject to approval of the other member states and the EU parliament on a case-by-case basis.

Will it please Eurosceptics? Many Eurosceptics wanted Cameron to go further and demand UK opt-outs from legislation on issues such as working time and agency workers – although he never really tried to do this. If he had gained opt-outs from these laws, some Labour supporters might have been less likely to vote to stay in the EU in the referendum.

Relations with the eurozone

What’s in the deal? The UK can delay draft laws being proposed by eurozone countries if it thinks they would affect British banking interests. But ultimately the UK will not have a veto.

Will it go ahead? The other member states have signed up to new rules that give the UK this right of delay. They won’t need approval from the Commission or the European Parliament.

Will it please Eurosceptics? Cameron had been hoping to get a full veto here so critics are likely to think the delay mechanism is insufficient. It’s worth remembering that eurozone states would care even less about how Britain views EU banking laws in the event of a Brexit.

Note: This article was originally published on The Conversation and gives the views of the author, and not the position of EUROPP – European Politics and Policy, nor of the London School of Economics. Featured image credits: EPA. 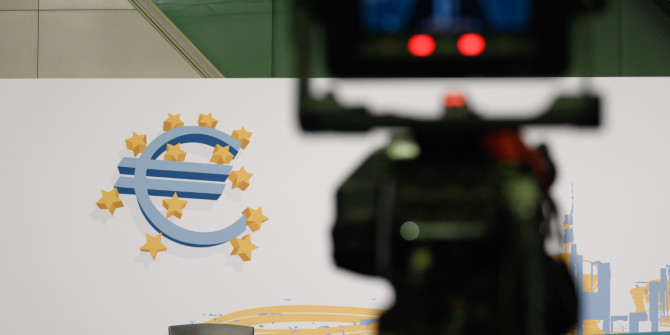 What Blanchard gets wrong: The puzzling persistence of managerialism in EU fiscal governance