Violence against women is a global problem, but approaches for dealing with the issue vary substantially across different parts of the world. Ronagh McQuigg argues that a new UN treaty should be drafted which sets down legally binding provisions capable of holding countries accountable for their responses to domestic violence, forced marriage, and other abuses. She suggests that the Council of Europe’s Istanbul Convention on violence against women could be used as a starting point for developing a comprehensive document through the UN.

Violence against women is one of the most prevalent human rights abuses in the world. It is estimated that 35% of women have experienced physical or sexual violence in their lives either by their partner or a stranger. Yet there are no provisions under existing UN treaties which refer directly to this issue. This is unacceptable. It is time for the world to develop a new UN treaty on violence against women.

The absence of international, legally binding provisions set down in a UN treaty creates difficulties in holding countries accountable for their responses to domestic violence, forced marriage and a host of other abuses. The UN’s primary instrument on the rights of women is the Convention on the Elimination of All Forms of Discrimination against Women (CEDAW), adopted in 1979. This convention contains no express mention of violence against women, although the CEDAW Committee (the convention’s monitoring body) interprets the issue as part of its remit. In 1992, the committee issued its General Recommendation 19 which stated:

Gender-based violence is a form of discrimination that seriously inhibits women’s ability to enjoy rights and freedoms on a basis of equality with men.

Using this interpretation, the CEDAW Committee frequently makes recommendations to states relating to violence against women.

Figure 1: Violence against women in numbers

The former UN Special Rapporteur on violence against women, Rashida Manjoo, has spoken out against the problems she faced in holding states accountable. In a report to the UN Human Rights Council in May 2014, she said that: “Although soft laws may be influential in developing norms, their non-binding nature effectively means that states cannot be held responsible for violations.”

Taking the lead from regional systems

In the absence of a global, legally binding treaty at UN level, some regions have taken matters into their own hands. In 2011, the Council of Europe adopted a Convention on Preventing and Combating Violence against Women and Domestic Violence, also known as the Istanbul Convention. The Convention could provide a good starting point for the development of a UN treaty on violence against women. It is comprehensive in scope and places detailed obligations on states to adopt measures to prevent violence against women.

It covers specific issues such as forced marriage, stalking, psychological violence and forced abortion – all of which should be addressed in any global treaty on violence against women. In addition to ensuring that countries’ criminal justice and civil law systems are effective in responding to violence against women, countries that are party to the Istanbul Convention must take steps to raise awareness in society of issues surrounding violence against women. They must also provide support to victims, and provide sufficient training for professionals who come into contact with victims.

The large majority of states within the Council of Europe have either ratified the Istanbul Convention or stated an intention to do so. This apparent readiness could be an indication that other countries around the world could be willing to sign up to a global treaty on violence against women.

Careful consideration would need to be given to how to monitor any new UN treaty on violence against women. All of the UN human rights treaties suffer from extensive enforcement difficulties – and it is unlikely that a new UN treaty would be any different. If a state violates its obligations under a UN human rights treaty such as CEDAW, there are essentially no penalties which can be imposed by the relevant monitoring bodies. The primary monitoring mechanisms are reporting mechanisms, through which states must submit periodic reports on compliance.

Yet, the value of binding treaty provisions, such as those found in CEDAW, lies in the fact that if a state breaches them, pressure can be exerted by other states in order to “shame” the offender into complying. In general, most countries do not wish to be seen to be repeatedly violating human rights law – although there are some which take this more seriously than others. At present there does not appear to be widespread political will at the UN to adopt a new treaty on violence against women. Its development would be a long and challenging process. But it is unjustifiable that there are still no legally binding, global provisions on the issue of violence against women.

Note: This article was originally published on The Conversation and gives the views of the author, not the position of EUROPP – European Politics and Policy, nor of the London School of Economics.

Lessons from Article 50: Why exit clauses should include penalties for the seceding state 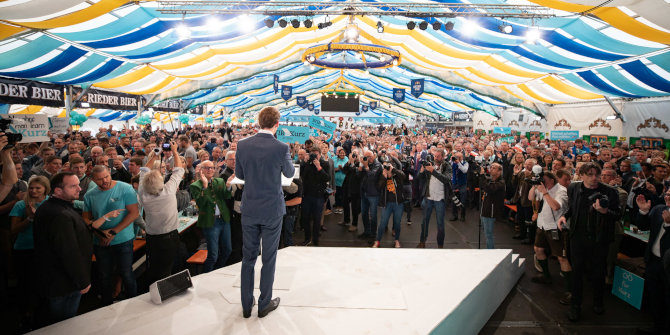