The Hungarian government, led by Viktor Orbán, has been criticised by some international observers for undermining the country’s democracy, but how accurate is this view? Andrea Fumarola presents a comprehensive look at the effect of electoral reforms recently undertaken in Hungary. He writes that the current voting system seriously limits not only the fair representation of opposition parties and ethnic minorities, but also inhibits citizens’ participation.

In February, Michel Forst, a UN special rapporteur for human rights, heavily criticised Hungary’s government, led by Viktor Orbán, for rushing through hundreds of laws which, in his opinion, had “debilitated a well-functioning democracy” and shackled human rights groups. Is this perspective accurate? If so, then what has happened over the past few years to derail the Hungarian transition to democracy?

More than twenty-five years ago Hungary, together with Poland, was one of the leaders of the ‘revolutionary wave’ that spread democracy across Central and Eastern Europe, leading to the fall of the USSR and Communist rule in the region. In the first months of 1989 the Országgyűlés – the Hungarian National Assembly – approved an extensive overhaul of the Constitution, regulating political parties and competitive elections for the legislature along with several other provisions in accordance with the separation of powers emphasised by the liberal conception of democracy.

A ‘compromise’ among political forces generated a mixed electoral system made up of 20 multi-seat constituencies for the election of 210 MPs through a proportional system and 176 deputies through a majority (runoff) system, with a 5 per cent threshold to enter Parliament. This negotiated transition represented a strong basis for the successful consolidation of the country’s democratic regime, strengthened by Hungary’s successful accession to the European Union in 2004, which was perceived as being a further success for European democracy itself.

But how has the electoral system worked in practice in Hungary? New evidence providing insights into this issue has been gathered by the Electoral Integrity Project, which compares the risks of flawed and failed elections, and how far countries around the world meet international standards. The report gathers assessments from over 2,000 experts to evaluate the perceived integrity of all 180 national parliamentary and presidential contests held between 1 July 2012 to 31 December 2015 in 139 countries worldwide, including 54 national elections held last year. Forty experts are asked to assess each election, using 49 questions, with an average response rate of 30 per cent.

Using these responses, a 100-point ‘Perceptions of Electoral Integrity Index’ is then constructed. The score obtained by Hungary corresponds to the evaluation of its performance in the 2014 legislative elections, when Orbán’s centre-right Fidesz (Hungarian Civic Alliance) gained 133 seats out of 199 (67 per cent), while its main competitor – the centre-left Unity coalition – won just 38 seats (19 per cent). The Perception of Electoral Integrity scores for elections in EU countries held between 2012 and 2015 are shown in Figure 1 below. 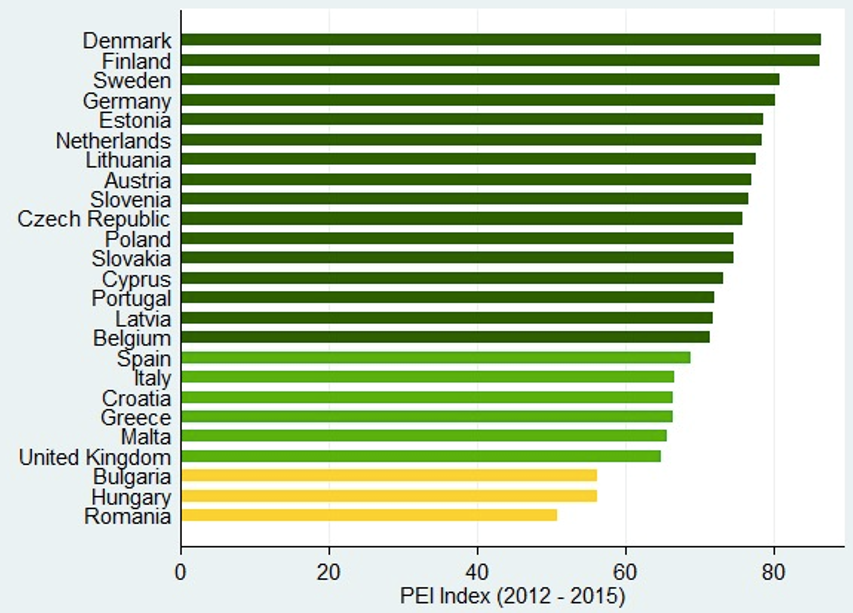 As can be seen in the figure, Hungary scored second lowest on the Perception of Electoral Integrity index when compared with the twenty-four other EU member States contained in the ranking. The country performs poorly even in comparison with all the other central and eastern European countries – except for Romania – that transitioned to democracy in the early 1990s.

Overall, there are variations in electoral integrity across the EU, even if there is a general positive pattern across countries, in particular for the northern European and several central and eastern European democracies. The majority of southern European countries – with Croatia and the UK – score an intermediate position below the regional mean. Finally, three former Communist countries – Bulgaria, Hungary and Romania – occupy the bottom of the rank with a “moderate” perception of electoral integrity.

In terms of the individual components of Hungary’s elections that account for the low score, there are four indicators in particular that had a large impact. As Figure 2 below illustrates, the fairness of the country’s electoral law, the organisation of the constituency boundaries, the pluralism of the media, and the flow of money used by parties and candidates during the campaign were the key factors. 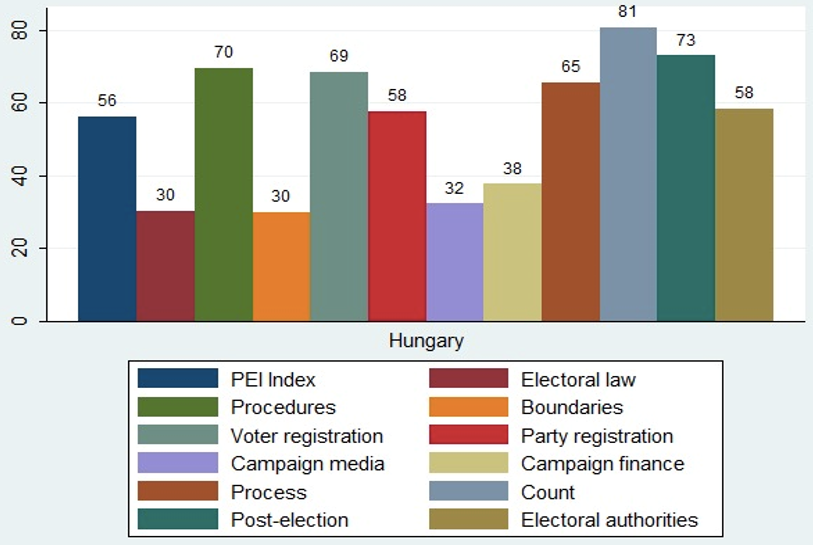 In order to understand the score attributed to Hungary, it is necessary to elaborate on the role of an electoral reform carried out in 2012 under the Fidesz government. On 1 January of that year, thanks to a two-thirds majority in Parliament, Orbán’s government passed a major reform of the Constitution, including a reshaping of the electoral system. The total number of seats in Parliament was reduced from 386 to 199 and the previous two-round system for single-member constituencies was abolished and replaced by a plurality system assigning 106 seats, with a nationwide proportional system responsible for distributing a further 93 seats. This reduction in terms of seats also involved altering electoral boundaries and the creation of minority lists to which the 5 per cent threshold was extended.

The reform has had two main effects on representation. First of all, the unused votes from the majoritarian system are now allocated not only to the smaller parties, but also to the winning candidates. As Gabor Toka points out, the increased relevance of the majoritarian system along with these new rules for allocating party list mandates have emphasised – rather than counterbalanced – the distance between governing and opposition parties. It has resulted in an additional six seats for Fidesz in the last elections. Moreover, this provision, along with the reduction of parliamentary seats, has meant greater disproportionality in their allocation and a consequent discrepancy between the effective number of parties contesting the elections and those sitting in Parliament, as shown in Figures 3 and 4 below. 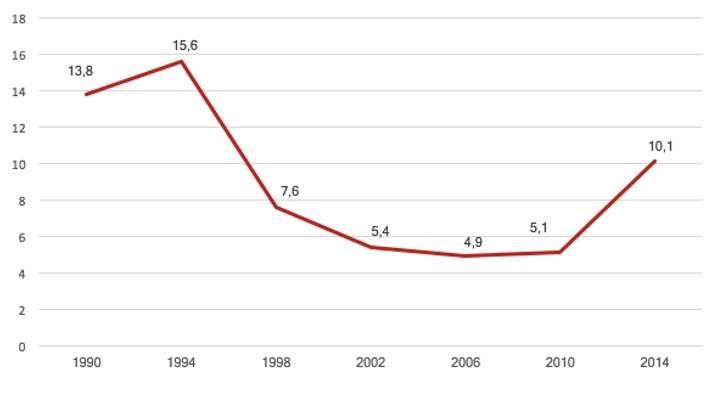 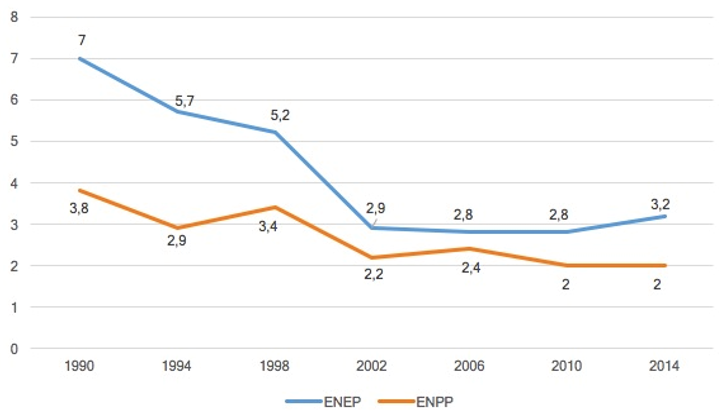 A second critical issue is that the reduction of seats in the National Assembly and the reshaping of constituency boundaries risked undermining the impartiality and the equality of the vote. Until the 2010 election, seats at the regional level were allocated in twenty regions. The previous law set out the total number of seats per county, leaving the precise district boundaries to secondary legislation. The 2012 law, however, defines precisely those districts that cannot cross county boundaries, comprise contiguous territory and contain roughly equal numbers of voters.

Several international organisations and observer missions denounced in the aftermath of the elections a lack of transparency in the allocation of seats to counties and independence in the process of redrawing district boundaries. An analysis proposed by Szigetvári, Tordai and Vető points out that the new districts visibly favoured Orbán and his party. Though losing 7.9 per cent of the votes compared with the election four years earlier, Fidesz gained 67 per cent of the seats – only 1.3 per cent less than in 2010. All these features suggest that particular actors might be able to penalise others, blurring the quality of the entire electoral process.

The need to safeguard democracy in Hungary

In 2014 an OSCE/ODIHR observation mission positively judged the reduction of parliamentary seats from 386 to 199 along with “the legal requirement to have constituencies of a more equitable size”, but it nevertheless expressed scepticism regarding the provision of a two-thirds parliamentary majority for reshaping electoral boundaries. In their view, this seriously risked making it impossible for any attempt to change the present arrangement designed by the Orbán government.

Figure 5: Understanding of democracy in Hungary (2012) 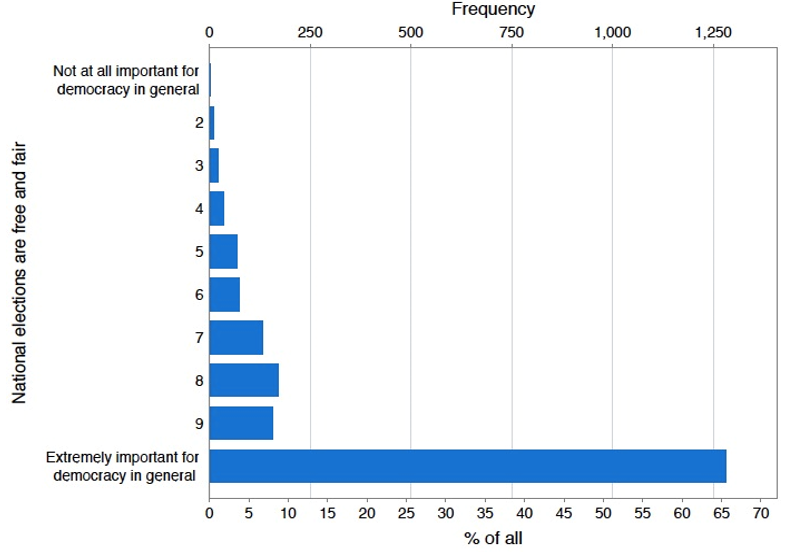 Note: The question was as follows: “Using this card, please tell me how important you think it is for democracy in general… that national elections are free and fair?” There were 2,014 respondents. Source: European Social Survey (ESS) Round 6

However, changes in the functioning of the electoral law in Hungary are needed, given that the current system seriously limits not only the fair representation of opposition parties and ethnic minorities, but also inhibits citizens’ participation, representing a profound wound to the fundamental mechanism of democratic accountability. As Figure 5 shows, in spite of the negative data presented in the last report edited by the Electoral Integrity Project, the overwhelming majority of Hungarians still consider elections important “instruments of democracy” that are able to link citizens to their representatives, strengthening accountability and the “chain of responsiveness” as a whole.

Note: This article gives the views of the author, and not the position of EUROPP – European Politics and Policy, nor of the London School of Economics. Featured image credit: European Council (CC-BY-SA-2.0) 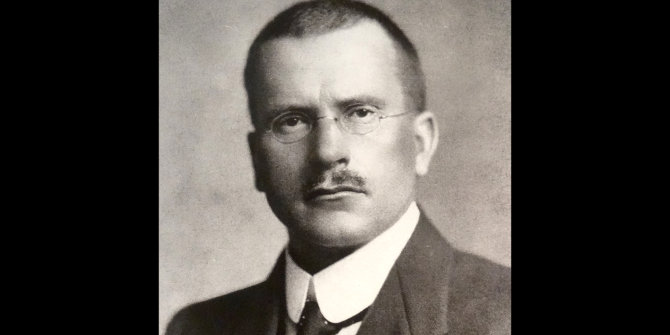