Mark Britnell is one of the UK’s most knowledgeable health management professionals, with boundless enthusiasm for healthcare and a mission to encourage countries to collaborate for the benefit of patients and citizens in general. In Search of the Perfect Health System is a series of essays based on his observation of health systems around the world, from which he distils the global challenges that we face. This is an admirable objective, and Mike Pym argues that this practitioner’s perspective is both a timely and accessible study for anyone with an interest in the healthcare field. 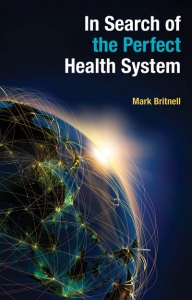 Health systems around the world are under pressure on many fronts and to bring an international perspective to what is often a myopic national debate is refreshing. It seems almost defeatist to state that the perfect health system doesn’t exist, but this is where Mark Britnell begins, before constructing a theoretical ideal drawn from the best features of healthcare from around the world. His audiences are ‘practitioners that have an interest in policy, and policy-makers who want to support better practice’, rather than the academic community. His ambition is to inform those with influence and encourage collaboration to improve and transform healthcare internationally. 25 concise sketches about national healthcare systems, drawn from Britnell’s wide professional experience, form the core of In Search of the Perfect Health System. They are vibrant with observation and analysis, each one teasing out the critical challenges faced in each country, and all contributing to a series of common themes dealt with in the latter part of the book.

Britnell’s first essay concerns Japan, where the consequences of an ageing population are most keenly felt, a country where more than a quarter of the population is over 65 and collectively accounts for over half of health spending. The universal health insurance system, known as ‘Kaihoken’, has been extremely successful at increasing life expectancy, but fragmentation, under-management and unrestricted access is putting the system under pressure. The forces created by an ageing demographic are monumental and the Japanese experience holds lessons for the future of many modern economies: ‘A smaller, older population producing less tax revenues in a sluggish economy is a dangerous combination for healthcare,’ Britnell writes.

And so to England and the National Health Service (NHS), which Britnell knows well having spent much of his working life there. He was also treated for prostate cancer at the comparatively young age of 42, so the NHS has special significance for him. Having seen how the absence of healthcare affects the poor in countries like India, South Africa and Brazil, Britnell is a passionate advocate of universal systems like the NHS. He takes a positive view, pointing out that ‘investment in healthcare for all is a value and not just a cost’. It is not just a moral obligation to improve the lives of the individual poor; there are clear social, economic and political benefits too. The NHS has its problems though, and Britnell has specific criticisms familiar to those working in the organisation: in particular, the endless and wasteful initiatives where ‘more energy is spent in producing national policies than ever implementing them’. 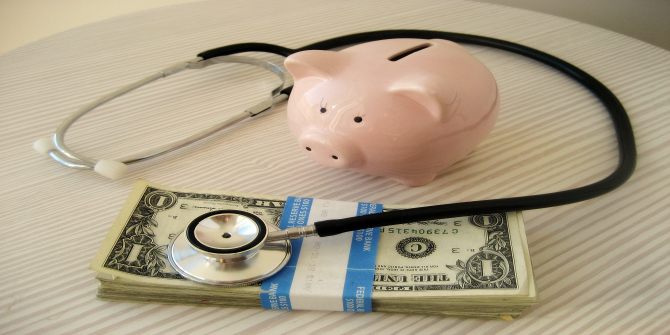 The global challenges that emerge from Britnell’s essays are surprisingly diverse and all the more interesting for that. Ageing and universal healthcare are there, but so too are less obvious issues like climate change and sustainability, along with more abstract ones, such as the importance of continuity in the promotion of change. Britnell’s analysis is broad and he is well aware that deeper social issues need to be considered in searching for that elusive ‘perfect health system’.  Whilst the Japanese experience illustrates the consequences of an ageing population, for example, coping with it is not just a matter of money, says Britnell; it ‘requires changes of attitudes, culture, social organisation, working patterns, housing and infrastructure, medical research, clinical training, and care organisations and delivery’.

Healthcare is a complex environment, and dealing with growing demand requires changing perceptions of delivery. Integration of primary and community care is difficult, but essential for reducing pressure on the acute sector. The role of the workforce in achieving sustainable healthcare here is key but often overlooked, according to Britnell: ‘I believe that increased motivation and improved management of the health workforce is one of the most neglected areas in healthcare today,’ he states. Command and control methods do not work well in complex environments either, he points out, but the alternatives available in a democratically accountable political system are not obvious. Demands for increased efficiency are the order of the day in times of austerity, though it may be largely unproductive. What Britnell seems to call for is more focus on viewing effectiveness as a means of long-term efficiency, though with such short political horizons in countries like the UK, this seems a forlorn hope.

The strength of In Search of the Perfect Health System is its international perspective and the articulation of the common challenges to nations facing the ever-increasing cost of healthcare. Reformulating the way in which care is provided and putting it on a financially sustainable trajectory is critical; the means for achieving it less simple. There are few prescriptions for what might realistically replace command and control, for example. The mechanism for transformation is not mapped out, but Britnell never promises this. There is no perfect healthcare system, after all. Healthcare is a work in progress and ‘we should celebrate what we have achieved while preparing ourselves for the next big transformation’, Britnell writes.

There are echoes of Aneurin Bevan’s passion for the NHS in this book, and there is a clear need for political leadership in steering change. Britnell now works at the World Economic Forum and this might point to his political ambitions, but his dedication to healthcare makes this book an inspiring read. Having a practitioner’s insight into the workings of health in so many countries is an important contribution to an emotive and topical debate. ‘We wouldn’t start from here, knowing what we know now,’ says Britnell in his concluding chapter, but every journey has to start from somewhere and his book will undoubtedly help to lead the way.

Mike Pym
Mike Pym has a Master’s degree in Politics from Durham University and is now a finance professional with experience in a wide range of NHS settings.