The Schengen system, which has removed passport checks and border controls between its member states, has come under strain from the migration crisis and the recent terrorist attacks in France and Belgium. But have these developments made Schengen unworkable? Katja Sarmiento-Mirwaldt writes that the principle of open borders remains extremely valuable to European states, including the UK. She notes however that for Schengen to function effectively it is necessary to have trust that the external borders, such as those in Greece, will be credibly enforced.

One of the key messages of the ‘leave’ campaign in the UK’s EU referendum is the claim that a Brexit would enable the UK to ‘take back control of our borders’. More generally, the policy of open borders in Europe has come under fire of late, and not just in the UK. Six member states of the Schengen Agreement, which abolished passport controls between 26 countries, have re-introduced such controls at some or all of their borders.

Austria, Denmark, Germany, Norway and Sweden did so to stem the influx of refugees that they had experienced since 2015. After a Brussels-based terrorist cell orchestrated its attacks on Paris in November last year, France decided to impose border controls indefinitely. All these measures are meant to be temporary, but there have been calls by populists and mainstream politicians alike to revisit the Schengen system, if not abolish it altogether.

The value of Schengen

There were good reasons to open borders in the first place. Open borders permit flows that boost economic growth. They cut waiting times at borders, facilitate cross-border trade in goods and services, enable cross-border commuting, and simplify business and tourist trips. To be sure, such flows are still possible without passport-free travel, but they will inevitably diminish if borders are turned back into bottlenecks where passport checks are routinely carried out.

Place where the river-boat Princess Marie-Astrid was moored during the signature of the Schengen Agreement. Credits: Carrasco / Wikimedia Commons

A French report recently estimated the costs to France of the short-term measures it has put in place as being between 1 and 2 billion euros. If Schengen were abolished, the same report predicts, intra-Schengen trade would drop by 10-20%. Similarly, a German study calculated that Germany’s GDP would shrink between 77 and 235 billion euros over twenty years without Schengen. The UK, which is not even part of the Schengen area, would suffer even more because of its strong trade links with Schengen countries. The knock-on effects of abolishing Schengen were reckoned to cost the UK economy between 87 billion euros under an ‘optimistic’ scenario and 264 billion under a more pessimistic one.

Open borders can also heal the ‘scars of history’. They make it easy for people who live close to borders to go to a neighbouring country. Such contact among border-region populations leads to increased cooperation and trust. Take the Polish-German border: this is probably Europe’s most conflictual border in living memory. The Second World War started here when Germany attacked Poland in 1939. After the war, Poles and Germans who had previously been neighbours were further alienated by the westward ‘shift’ of the border, the associated forced population movements and a largely closed border regime during the Cold War period.

Ever since the Polish-German border was opened for visa-free travel in 1991 and for passport-free travel in 2007, crossing the border has become a daily habit for many Poles and Germans from the border region. They go to the other side to shop, to study, to work, to meet friends, or simply to visit. Our research has shown that these cross-border contacts give people a sense of familiarity with their neighbours, a feeling of trust and a healthy scepticism of crude national stereotypes. Such ‘social glue’ in turn enables border regions to exploit and create economic opportunities, maximise synergies and create joint facilities for people from both sides of the border.

The need for trust

A system of open borders nevertheless depends crucially on a certain level of trust among all the participating countries. The loosening of border controls inside the Schengen area has always depended on a tightening of such controls at the external borders, as well as intelligence-sharing between the Schengen members. In other words, frontline states such as Greece have had to reassure the other member states that they could keep the external borders safe from unwanted inflows of goods or people.

The refugee crisis at the external borders, above all, has eaten into this trust. For this reason, the European Commission’s roadmap for restoring the full passport-free Schengen system places heavy emphasis on better protecting external borders, and particularly on helping Greece to cope with the inflow of migrants. In the wake of the Paris and Brussels terrorist attacks, EU interior ministers have also advocated closer intelligence sharing through the Schengen database.

What does ‘taking back control of our borders’ mean in a UK context? Britain decided not to join the Schengen system in 1997. In fact, the only border that the UK does not control is its land border with the Republic of Ireland. This is because Ireland, upon learning that the UK would stay out of Schengen, decided to follow suit in order to preserve passport-free travel in the Common Travel Area with the UK.

The open Irish border regime created an environment in which diverse cross-border relationships have flourished, and such relationships are an important factor in preserving the peace process. Following a possible ‘Brexit’, according to the UK government’s official position, customs controls would have to be reintroduced. From there it is only a short step to introducing passport controls at the land border. After 13 years of unfettered cross-border travel, and decades of trying to promote good neighbourly relations in Ireland, the UK-Irish border could turn into a very real ‘scar of history’. 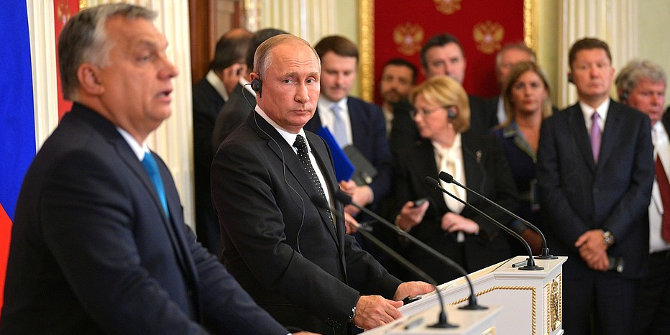