The elephant in the room: Brexit and the EU’s Global Strategy

The elephant in the room: Brexit and the EU’s Global Strategy

With the UK’s referendum on EU membership dominating the headlines, other developments at the European level have received less attention than might otherwise have been the case under normal circumstances. Pol Morillas writes on one such issue: the formulation of the EU’s Global Strategy, which is due to be submitted to the European Council later this month. He writes that regardless of whether the UK votes to stay in or leave the EU, the referendum is likely to overshadow efforts to agree on and implement the Global Strategy in the coming months.

Destiny has it that the Brexit referendum will take place only a few days before discussions at the European Council on the adoption of the European Union Global Strategy. Will the most global of all EU states be executing a mandate to leave precisely at the time when the Union is adopting its first global strategy?

The Global Strategy has been a personal endeavour of the High Representative/Vice-President of the European Commission, Federica Mogherini, who, contrary to her British predecessor, Catherine Ashton, decided to take the global ambition of the EU seriously. Soon after her appointment, Mogherini expressed her readiness to update the 2003 European Security Strategy (ESS), adopted as an effort to bridge divisions over the Iraq war, with the UK having led the pro-intervention front.

Mogherini considered that time was ripe to update the contents and proceedings of the ESS, both as a response to the global transformations and the demise of key principles (such as “effective multilateralism” or the EU’s normative power) and the Lisbon Treaty’s provisions on EU foreign policy. Mogherini’s double footing in the Council (as EU High Representative and chair of the Foreign Affairs Council) and the Commission (as the vice-president in charge of external relations) demanded bringing together the policies and instruments of a newly created EU External Action.

The European Council mandated the High Representative produce a strategic assessment of the global environment with a view to submitting an “EU Global Strategy on foreign and security policy” to the European Council in June 2016. When David Cameron announced the Brexit referendum for 23 June, a few voices argued in favour of postponing the discussions on the Global Strategy. It would not make much sense to simultaneously debate the EU’s global role and perhaps trigger the Union’s disintegration clause (Article 50) for the first time in history.

Over the last year, EU institutions and Member States have undertaken internal consultations on the Brexit-Global Strategy link. Eurosceptic governments have been reluctant to engage in highly ambitious discussions in view of the Brexit referendum and have suggested postponing its adoption until September. Nordic countries have hinted at the need to consult their national parliaments before adopting any kind of document, perhaps as a consequence of a growing sense of renationalisation of policy priorities at the EU level. The most integrationist countries have insisted on a “business as usual” approach to the Global Strategy, urging the June Council to proceed with its discussion.

The first effect of the Brexit referendum on the Global Strategy was the postponement of the June Council from June 23-24 to 28-29 to avoid both events clashing. It is quite likely that the discussion on the Global Strategy will take place at the June Council (not least because there is a mandate in place), but the Brexit referendum will have become the elephant in the room, both as a consequence of the effects of Brexit on the policy-making process of the strategy and the UK government’s low profile in advocating an ambitious document, fearing it might endanger the Bremain campaign.

In case of Brexit, Cameron is unlikely to endorse the Global Strategy a few days after the referendum. Later on, if Article 50 of the Treaty of the EU is invoked, the Union will embark in arduous negotiations regarding the arrangement of the new EU-UK bilateral relationship. Chances are slim that the external projection of the Union will be the first priority of EU Heads of State and Government in a post-Brexit scenario. As the euro crisis demonstrated, at times of internal fracture foreign policy preoccupations tend to occupy the last position on the list of EU priorities.

In case of Bremain, Cameron will still be subject to the persistence of the European question in British and conservative politics, particularly if the result of the referendum is tight. The UK’s authorities will be reluctant to play an active role in the follow-up of the Global Strategy, and here is where the conundrum becomes more complex.

Mogherini’s plan is to delay the practical implementation of the Global Strategy until the September or October Council, after the June Council has “taken note” or “welcomed” the document. But by then everything will very much depend on the post-Brexit referendum situation. The UK’s authorities might fear that any move in favour of EU integration (be that the endorsement of the Global Strategy or any other measure) will backfire at home and without an active UK involvement, difficulties in the follow-up of the Global Strategy will follow.

EU foreign policy history tells us an important lesson: even if the UK has always been an awkward partner (with its multiple opt-outs from crucial EU policies), it has also been indispensable in making progress in the EU’s foreign policy. The 1998 Saint Malo agreements between Tony Blair and Jacques Chirac (and the subsequent birth of the European Security and Defence Policy, today the Common Security and Defence Policy) would have never been signed without a pro-European impulse from the UK.

Some have argued that Brexit might result in more integration in the “core EU” if the UK leaves. While this might be the positive outcome of a soft Brexit scenario, it is highly unlikely that the EU’s global role will expand without the UK’s diplomatic, security and defence clout. Plans for reinforcing security and defence cooperation are likely to involve measures in intelligence and anti-terrorism coordination as a consequence of the recent terrorist attacks in Paris and Brussels but not a joint EU army with external projection. If Brexit has become the elephant in the room of the Global Strategy discussions, the UK leaving the EU would translate into a bigger obstacle for the Union’s global role.

Pol Morillas – CIDOB
Pol Morillas is a Research Fellow in European Affairs at CIDOB. He tweets at @polmorillas 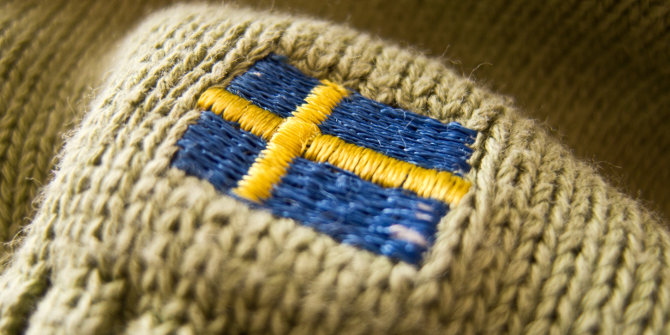