If Britain chose to leave the European Union, it would not only have an effect inside the UK, but also on the rest of Europe. In the final month of the referendum campaign, we have been featuring comments from some of Europe’s Ambassadors to the UK on how they view a potential Brexit. Martin Eichtinger, Austria’s Ambassador to the United Kingdom, writes on why few in the country would like to see the UK leave the EU.

Recently one of the most prominent think tanks in Austria published its yearly opinion polls on the attitude of Austrian citizens towards the membership of Austria in the EU. The result was that 60% of the people want Austria to remain in the EU and 31% want the country to leave. This result is almost as pro-EU as the result of the referendum on Austria’s accession which was held in June 1994, in which 66% of Austrians voted for the country to become a member of the EU. Even more satisfying and impressive is the fact that in every single one of the yearly opinion polls on Austria’s membership conducted during the past 21 years, there was as strong a majority of those who want Austria to be part of the EU. However, there are some critical voices, too, particularly regarding migration policy.

I think the fact that Austrians are so positive about Austria’s membership in the EU and how Austria has benefited from our membership merits a closer look. A look at the map and the geographical location of Austria makes one reason obvious why the process of European integration is so important for Austria. For over 40 years, Austria had a border with countries behind the Iron Curtain that was more than 1,300 kilometres long. Austrians felt more than most Western Europeans the effect that the division of Europe had after World War II. Amongst other things, it meant that at Austria’s Eastern and Northern borders, there was a dead end for unhindered travel and commerce. There were hardly any cross-border roads and at some points Austrians could see the heavily armed border guards on the other side of the border.

That all changed when the Iron Curtain fell and when the desire of the Central European countries to become members of the EU unleashed a special dynamic of increased people-to-people contacts and trade and investment. This effect increased when not only Austria joined the EU and thus the single market, but later on also several of the countries in its neighbourhood.

Austria has always been a very export-oriented country and since joining the EU in 1995, its exports have tripled and it is estimated that Austria’s membership in the EU, including the effects of Economic and Monetary Union and Enlargement, on average added 18,500 jobs and 0.9% to its GDP growth every year. Today, around 70% of Austria’s total trade is being carried out with the other EU member states. Since joining the EU, direct investment in Austria has increased eightfold and Austria’s foreign direct investment abroad increased by a factor of around 15. It is estimated that without membership in the EU, prices in Austria would be 4.5% higher than they are now.

Austria and the UK’s referendum

Since the European Union is so important for Austrians, it is understandable that they look towards the United Kingdom with great interest in the run-up to the EU referendum on 23 June. One should not forget that even though the approximately 25,000 Austrians residing in the UK, like those of all other EU member states except for Ireland and the Commonwealth members Cyprus and Malta, are not eligible to vote in the EU referendum, the outcome of that referendum will not only affect the UK, but also the EU as a whole and each and every one of its member states.

A vote for the UK to leave the EU would have considerable consequences on the EU both externally as well as internally, with many important elements like the budget – Austria is a net contributor – as well as existing quotas, having to be renegotiated within the EU. But in addition to the hard figures, I believe it is above all the spirit of togetherness as Europeans that motivates Austrians to be proud European citizens.

I have not met a single Austrian who has not wished for the UK to remain a strong member in a strong European Union, particularly because of the many important contributions which the UK has made to the European Union in the past. An opinion poll conducted during the last few days shows that 54% of Austrians think that the UK will vote to remain in the EU and 64% of the people believe that the weight of the UK on the world stage would be diminished in case of a leave vote.

Our history near the dividing line of Europe has shown us how important it is that Europe addresses the challenges together. The poll I quoted above reassures me that Austrians continue to have that attitude and that they see their future and prosperity in a strong European Union. 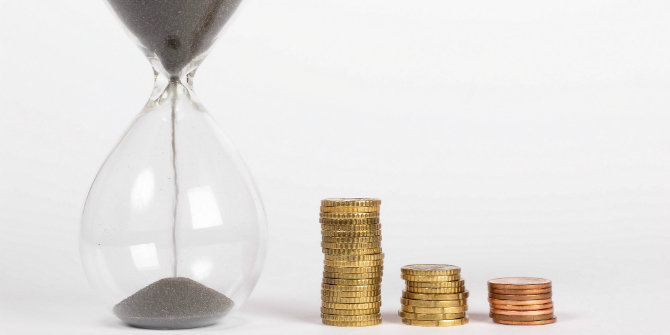