Why did Britain vote for Brexit and what was the relative importance of social class, age, and immigration in determining the result? Using aggregate level data, Matthew Goodwin and Oliver Heath outline some of the key factors that accounted for the overall Leave victory and the variation in support experienced across different geographic areas. 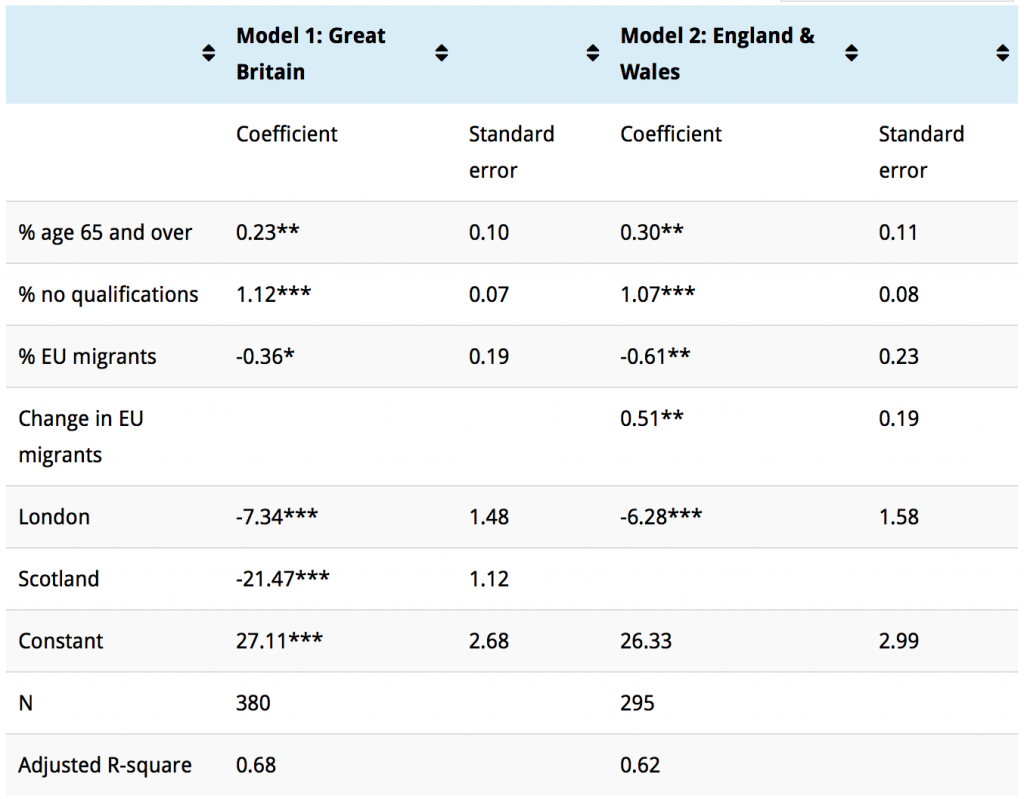 Note: This article originally appeared at our partner site, LSE BrexitVote. It gives the views of the authors, and not the position of EUROPP – European Politics and Policy, nor of the London School of Economics.

Matthew Goodwin – University of Kent
Matthew Goodwin is Professor of Politics at the University of Kent, and Associate Fellow at Chatham House. He is also a senior fellow at the UK in a Changing Europe project. His most recent book is the co-authored Revolt on the Right: Explaining Support for the Radical Right in Britain (2014). He tweets as @GoodwinMJ.