Like it or not, Britain is leaving the single market. But there is still plenty to play for, argues Simon Hix. With a deep and comprehensive free trade agreement, we could limit the economic damage. This probably means accepting some EU regulatory standards and devising a scheme to allow EU citizens to work in the UK (and vice versa). The immediate priority, however, is to resolve the question of how much the UK should pay to the EU, both now and in the future.

A few days after the EU referendum, I argued for a “pro-European Brexit”. My key contention was that the UK should leave the EU, to respect the referendum result, but that a majority of the British people had voted either to Remain or for a “soft” version of Leave – particularly the so-called Liberal Leavers, who wanted the UK to stay in the European Economic Area (EEA), like Norway. I also believed that a soft Brexit was in the best economic and political interests of Britain.

At that time, many Remainers refused to accept this logic, favouring instead trying to block the triggering of Article 50. On the other side, many Liberal Leavers back-tracked quickly on the EEA option, under pressure from the tabloid press and Conservative backbenchers, who kept banging on about sovereignty from EU Court of Justice (ECJ) rulings and restricting immigration, as if economic interests should be ignored.  After all, “Brexit means Brexit”.

Meanwhile, Theresa May and her Cabinet have launched the UK towards a hard Brexit that would take us outside the single market and the customs union. Soft Brexit is no longer on the table. We now face a Hobson’s choice: either a “bespoke” EU-UK free trade agreement, which will inevitably favour the EU given the relative sizes of our two economies (the EU economy without the UK is approximately five times as large as the UK economy); or falling out of the EU without a deal, and relying on World Trade Organisation rules to govern trade with our largest export and import market.

So is the game up for pro-European Brits? Should we carry on “moaning” and seeking Schadenfreude in each snippet of news about how Britain is heading for economic and political ruin, be it the EU’s demand for a €60bn divorce payment, or firms moving business to the continent, or Spain threatening the sovereignty of Gibraltar?

While I share the view that May, Johnson and Davis have played a weak hand badly by posturing, chest thumping and making hollow threats, I cannot share the Schadenfreude. People’s livelihoods and our rights and freedoms are at stake. So, as someone who knows a thing or two about the EU and how it works, I feel duty bound to set out what I believe would be in the best economic and political interests of the British people.

There is still a lot to play for over the next two years and beyond, in terms of the rights of EU and UK nationals to travel and work in each other’s countries, the trading and economic relations between the UK and EU, issues of regulatory equivalence and dispute resolution, how much the UK will pay into the EU budget and what for, our security and defence relations, and the longer-term institutional architecture for collectively governing our continent. 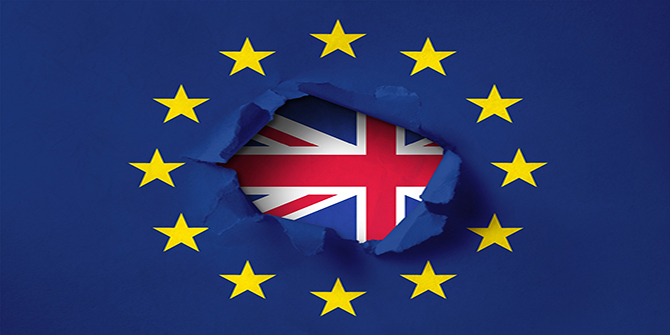 What would a “pro-European Brexit” now look like? I see four main elements.

First, in terms of the rights and freedoms of UK and EU citizens, there could be a new bilateral arrangement.  This would not be unrestricted “free movement of people”. However, there could be mutual rights to work and settle in each other’s countries, and gain access to benefits after paying taxes for a certain number of years. For example, there could be a joint EU-UK “Blue Card” permanent residence scheme, modelled on the US Green Card, where citizens could apply to work in the EU or UK if they had certain qualifications or had a job offer in a particular economic sector (as defined by either side each year).

One option would be to allow UK cities or regions to opt in to such a scheme, for example with a “London Blue Card” (just as provinces in Canada have different employment visas for immigrants). Not only would such a scheme give more security to the three million EU citizens currently in the UK and 1.5 million UK citizens in the EU, it would allow future generations to maintain some of the economic and citizenship rights they currently have. It would also limit the potential economic impact of ending the supply of labour between our two markets: Jonathan Portes estimates that restricting EU migration to the UK could have a negative impact on our economy of a similar order of magnitude to leaving the single market.

Second, regarding economic and trade relations, the choice is now between a “comprehensive and deep” EU-UK free trade agreement (FTA), covering goods and as many service sectors as possible and light-touch customs checks, and a “light” FTA mainly covering zero tariffs on goods and some limited trade in services. The former will clearly be more beneficial for the UK economy than the latter, particularly as 78% of the UK economy is services – such as financial services, legal services, creative industries, health and education – and these sectors are high productivity and high value and are likely to see the most export growth going forward. However, a comprehensive agreement covering all these sectors will require agreement on regulatory equivalence on non-tariff barriers, such as minimum social and environmental standards.

From an economic costs point of view, the various economic models of Brexit estimate that a free trade agreement between the UK and EU (like Canada or Switzerland) as opposed to remaining the single market (via the EEA) could cost the UK economy between 2 and 5% of GDP over the next 10 to 15 years, which would have a related negative impact on public finances. Hence, a comprehensive FTA, covering extensive free trade in services but requiring regulatory equivalence, which would in practice be closer to the EEA option, would significantly limit the likely negative effects of Brexit on the UK economy and public finances.

A majority of British people might want to keep many existing EU employment protections and environmental standards.  Irrespective of the politics of these standards, though, it would be in our economic interests to accept some minimum EU standards and limits on our regulatory autonomy, in return for unrestricted supply-chains for manufacturers and continued rights to trade on a level playing field for our financial services and creative industries. What is more, such a package would be more acceptable to the EU side if a special arrangement could be reached on the movement of people, as discussed.  After all, the free movement of services and the free movement of people are closely related.

An additional potentially divisive issue will be how to resolve disputes once an EU-UK FTA has been implemented.  From the UK side, May has set out independence from the ECJ as a “red line”. But, from the other side, after the experience of trying to ratify the EU-Canada FTA, the EU is reluctant to agree to any dispute resolution mechanism that would not give primacy to the ECJ, and is likely to insist on oversight of regulatory equivalence by the Court.  Realistically, the UK may have to compromise on this to achieve an agreement on a sufficiently comprehensive FTA for our service sectors.

Third, regarding payments into the EU budget, there is a danger that negotiations will get bogged down in the precise amount of a “divorce bill”, especially if the British tabloids demand that we do not pay a single cent to the EU while the EU demands €60bn or no deal.  One way of resolving this would be to ask an independent panel, with some experts from both sides, to assess the evidence and to set a sum, which the UK should pre-commit to pay and the EU should pre-commit to accept. Independent analysis, for example, suggests that a case could be made for UK liabilities anywhere between €25bn and €60bn. The sooner this is resolved amicably, the better for both sides.

Once the liabilities sum is agreed, a second set of issues relate to how much the UK should pay going forward and for what. Here, there is a strong case for the UK to pay to be part of particular EU programmes. For example, British universities and students would benefit from continuing to be part of the Horizon 2020 research programme, the European Research Council, and the Erasmus student exchange programme. Many non-EU member states are members of these programmes.

Similarly, UK film and TV production companies would benefit from remaining in the EU’s programmes that support innovation in these sectors. Every sector of the UK economy should be invited to make the case for participating in particular programmes, and UK ministers and committees in the House of Commons could assess the arguments on a case-by-case basis. These ongoing payments to the EU are not just about economics, but also about maintaining close personal, social and cultural relations between the UK and the rest of our continent.

Fourth, there is the question of the longer-term institutional arrangements for collectively governing our part of the world. Regardless of the precise terms of any free trade agreement and related arrangements, the UK and the EU will continue to have shared economic, security and defence interests that will need to be addressed.  None of the existing institutional architectures, such as the joint EU-Swiss panels or the EEA committees, are appropriate for the size of the UK economy or for the magnitude of these issues.

What will be needed is a new set of institutions, from committees to negotiate and oversee regulatory equivalence, to dispute resolution panels, to police and anti-terrorism co-operation working groups, to high-level ministerial councils, to perhaps even an annual EU-UK summit. A coherent architecture will take time to design. In the meantime, the UK should seek regular ministerial level meetings to address ongoing issues; for example between the UK chancellor and EU finance ministers, between the foreign secretary and EU foreign and defence ministers; between the UK home secretary and the EU justice and home affairs ministers, and between the prime minister and the European Council.  In time, these arrangements could evolve into something like the “Continental Partnership” proposal by the Bruegel think tank.

We are heading for life outside the EU and outside the single market. Yet there are still many choices to be made about our ongoing economic, social and political relations. Our economic interests suggest that we should seek the closest possible relationship in terms of access of our services to the single market and some rights for the movement of labour between our two markets. There are also strong political and cultural reasons why we should seek a close relationship between British and continental European societies. We will all benefit from the free flow of ideas and skills, and will need to co-operate closely to collectively promote our common values and security interests in an unstable world. In short, there is still a case for a “pro-European” version of Brexit.