Turkish President Recep Tayyip Erdoğan recently generated controversy in Germany after he compared the actions of German officials with Nazis. The comments came following Germany’s decision to block political rallies linked to an upcoming referendum in Turkey on 16 April. Marc David Baer argues that the incident should be used to shine a light on the Turkish government’s own deployment of antisemitic conspiracy theories.

After political rallies by Turkish cabinet ministers were cancelled in Germany and the Netherlands, Turkish President Recep Tayyip Erdoğan told Angela Merkel that “you are right now employing Nazi measures” and labelled the Dutch “Nazi remnants.” But what has been overlooked in the uproar is how it is Erdoğan who is echoing the Nazis by blaming “the international Jew” for his and his country’s problems.

Few in the West have noticed that Erdoğan has repeatedly placed blame for the 15 July 2016 coup on “the Mastermind.” According to Erdoğan, “Today very insidious, very vile, and very bloody tricks are being played both on our region and on our country. The thing I call the Mastermind appears before us every day with new deviltry, trying to sow new seeds of enmity and discord in our region. He is trying to blacken the future of our region with bloody tears, civil war, and sectarian wars. We are aware of this reality, that this is a power struggle.”

Erdoğan blames the “Mastermind” for hindering Turkey’s economic development as part of an alleged “Interest Rate Lobby”; for spreading lies about Turkey in the international media, such as at the “Jewish” New York Times which allegedly aims to depose him; for causing intellectuals to attack Turkey, such as the so-called “International Novelists Lobby”; for causing internal rebellion, such as the 2010 Gezi protests; for being behind terrorist attacks whether carried out by Leftists, Islamists, or Kurdish guerrillas; and for the July coup. He has explicitly declared that Turkish Muslim preacher and former ally Fethullah Gülen, who allegedly heads a criminal and armed terror group, the “Fethullah Terror Organization/Parallel State” (FeTÖ) is not the “Mastermind.”

According to the two-hour “Mastermind” documentary which was shown on pro-Erdoğan Turkish television channel A Haber, and which features extensive clips of the President’s speeches, the “Mastermind,” which allegedly secretly controls the world, employing puppets to carry out its nefarious plans, an international cabal that seeks to annihilate Islam, Muslims, Turkey, and all Turks, is the “international Jew.”

The film begins with Erdoğan speaking in parliament claiming that attacks on his regime are actually part of operations directed against Turkey’s very existence. And behind it all is the “Mastermind.” “People ask me,” he declares, “who is this ‘Mastermind’? You will research this topic. You know who it is.” The narrator of the documentary declares that “’the Mastermind’ – which controls the world, whose roots go back thousands of years, utterly destroying, starting wars, revolutions, coups, establishing states within states – is not only an affliction facing Turkey, but the whole world.” What is happening in the world today, the narrator claims, can be explained by going back 3,500 years, for that is when Judaism was born.

“Experts” filmed by a shaky camera in dim lighting against a background of threatening music assert that Jews are taught to believe that they are “the master” and to treat all other people as their slaves. Jews believe they are born to rule, we are told, all other peoples are supposed to be their subjects. For this reason, they have been oppressing believers for thousands of years, dividing and ruling the world for their own interests. “International Jewry,” the film’s narrator and “experts” argue, is the enemy of Turkey, Islam and Muslims.

What proof does the film offer for the Jews’ alleged diabolical plan? The film mainly relies on alleged quotes attributed to medieval Jewish scholar Maimonides, Charles Darwin (whom the film asserts is Jewish), and Leo Strauss. Nevermind the thin “evidence,” the film, which begins and ends with Erdoğan speaking, leaves the viewer with the impression that only the Turkish President, with God on his side, is standing up to the sly Jews and their evil plans, only the Turks will not fall for their nefarious traps.

Erdoğan blames the “Mastermind,” i.e. the Jews, for ordering the followers of Gülen to carry out the unsuccessful coup. In his eyes Gülen is merely the cat’s paw for a “Jewish” coup. Turkish officials and the pro-Erdoğan press have declared that Gülen is either a Jew, or a secret Jew (Dönme), the son of a Jewish mother and an Armenian father. One cabinet minister declared that when Gülen dies he will be buried in a Jewish cemetery.

In the words of a columnist for the Erdoğan affiliated daily Sabah, run by the brother of Erdoğan’s son-in-law, Gülen “immediately catches the whiff of money and power because he is a Jew… Fethullah Güven loves money so much there isn’t a thing he wouldn’t do for money.” Thus, according to this logic, Gülen is a Jew carrying out “the Jews’” plans against Turkey. Caricatures in Islamist daily Yeni Akit, which is part of the presidential press pool, feature Gülen wearing a skull cap crowned with a Star of David. Other anti-Semitic images in the same newspaper depict Gülen as a spider with fangs, yet sporting a moustache and the same Jewish headgear.

While he may have libelled European leaders as Nazis, it is Erdoğan’s government that is making allegations of an international Jewish conspiracy. 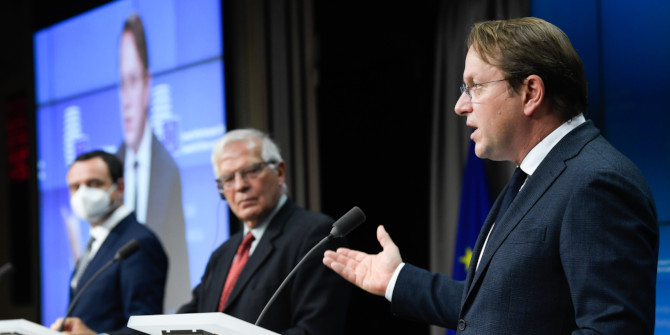