Albania will hold a parliamentary election on 25 June. The election was originally scheduled for 18 June, but was pushed back seven days following a prolonged political crisis. Andi Hoxhaj previews the vote, highlighting that while the country has made substantial improvements with respect to socio-economic reforms, its lack of political stability has held back attempts to pursue closer integration with the EU. The election will be a key moment in demonstrating to the EU that Albania has the potential to open accession talks.

The parliamentary election scheduled for 25 June in Albania was originally due to be held a week earlier. But after a series of political crises, an agreement was finally reached between the Prime Minister, Edi Rama of the Socialist Party, and the leader of the opposition, Lulzim Basha of the Democratic Party, to remedy the situation, with the election delayed by seven days.

The country had been trapped for several months in a state of crisis, which originally began in February following the Democratic Party’s decision to boycott the national parliament. After pitching a huge tent outside the Prime Minister’s office, the party called for the resignation of the government, stating that if this demand was not met, the opposition parties would not participate in the scheduled election.

The main reasons the Democratic Party put forward for the protest were concerns over an increase in cannabis cultivation, high level corruption, and alleged links between public officials and organised crime. Prime Minister Rama refused to make any concessions or resign because in the view of the Socialists, the Democrats were blocking a critical reform of the judicial system, the last remaining major institutional reform required before negotiations could begin over Albania’s EU accession.

Only after long discussions did both the Socialists and Democrats reach an agreement to hold the election on 25 June based on a framework that satisfied both parties. The agreement had at its core a commitment to form a shared government to vote upon members of vetting bodies. These bodies are part of the judicial reform needed to convince the EU to launch accession talks.

The agreement was based on a framework proposed by German MEP David McAllister, and in exchange for agreeing to proceed with voting on the members of the vetting bodies, the Democrats entered the government with six ministers. On 17 June, the parliament, in a brief session, duly elected 27 members of the vetting commissions, unlocking the judicial reform and putting Albania back on the path toward opening accession talks.

The main parties and their policies

The main pledge put forward by Rama and the Socialist Party, who are running for a second term, is to increase economic growth and reduce unemployment. They plan to further their efforts at state-building and generate new stable jobs by investing around 2.8 billion euros over the next four years. Their main target is to win a majority of seats (71 out of 140) and form a government on their own without the need for a coalition partner.

For Lulzim Basha and the Democratic Party, the focus has been on what they regard as the failures of Rama’s government. Their main pledge is to reintroduce a flat rate of tax and to encourage companies based in Silicon Valley to create apprenticeships for graduate students. They have promised to create more jobs and attract more foreign investment, and they have set a target of winning the largest share of parliamentary seats.

Alongside the two major parties, the Socialist Movement for Integration (SIM) is also worthy of a mention. Led by Petrit Vasili, the party became the effective ‘kingmaker’ in the last two general elections, entering coalition governments with the Democrats between 2009 and 2013, then the Socialists from 2013-17. Their chief campaign pledge this time around is to replace a law on higher education which has been contested by student unions, and to make education more affordable, while also increasing professional vocational training and creating new jobs.

Albania’s accession talks with the EU

Most analyses of post-socialist Albania would suggest that policy debates in election campaigns tend to be relatively superficial, with few tangible plans put forward, and a polarised political environment which can often manufacture artificial crises. Both the Democrats and the Socialists have boycotted the national parliament in the past. It has never been clear why both parties have considered a parliamentary boycott to be a sensible policy as the country seeks to move forward with its democratisation.

These periods of crisis are often driven by the desire of political leaders to secure their own survival or strengthen their position within their respective parties. But they have damaged the country’s democratisation process and considerably slowed down the journey toward EU accession. When I asked Slovakian MEP Eduard Kukan, a Member of the Delegation to the EU-Albania Stabilisation and Association Parliamentary Committee, for his views, he put it bluntly, noting that: “It is my personal opinion that Albania has unnecessarily lost a long amount of time on internal political struggles, which have slowed down the country in its integration process. It is probably the time to start accelerating a bit.”

Albania has made considerable progress in terms of socio-economic reforms to bring the country closer to European standards. But the country’s political stability remains fragile. As Kukan puts it: “I see the upcoming elections as a test for the democratic institutions, values and political culture in the country. These are some of the fundamental elements of the European integration process.”

Although Albania still has a long way to go to convince the EU that its democracy is mature enough to sit at the EU table, there is nevertheless some optimism among the government. When I asked Ditmir Bushati, the current Minister of Foreign Affairs, for a comment for this article, he was more positive, stating that the start of the implementation of the justice reform “makes me more optimistic than I was a few months ago – Albania now faces more favourable conditions to get a green light from EU member states this year for the start of accession negotiations”.

The justice reform entails the creation of three vetting bodies, the Independent Committee of Qualifications, the Ad-Hoc Chamber of Appeals, and a body for public commissioners. In Bushati’s words, “these vetting bodies will ‘scan’ the personal and professional backgrounds of judges and prosecutors in an unprecedented effort to root out the corruption that has hampered our democratic state-consolidation efforts for so many years”. In making his case for a vote for the Socialist Party, he added that “Albania is now at a crossroads: either we stay in a never-ending transition mode or we keep the pace of transformative reforms and speed up our EU accession process. This is what is at stake in this week’s parliamentary elections.”

For the Democrats, the elections are also being viewed as a key moment on the path toward EU accession. But the party has also raised concerns about the fairness of the contest. As Oerd Bylykbashi, a prominent Democratic Party MP, puts it: “Elections in Albania have long been a fight rather ‎than a celebration of democracy… A decade of consensual reforms improved them gradually… [but] the ascent to power of the Socialist-led government of Edi Rama marked a dramatic decline in human rights standards including elections.” He adds that if the 2017 elections show “significant improvements on standards”, then “elections will resume their previous capacity to act as a driving force in the EU integration of Albania and pave the way to the opening of accession negotiations.”

Of course, formally opening negotiations does not necessarily mean an inevitable path toward EU accession, as the case of Turkey shows. However, regardless of which party wins, Albania must emerge in a stronger position from this election if it is to demonstrate to the EU that it has the potential to move from being a candidate country to one capable of opening accession talks. For Kukan, “to make this step forward we have to be convinced that the institutions work efficiently, elections meet all necessary standards of freedom and fairness, and that the political priorities of the country are firmly set on integration process.” Should Albania meet these standards, the country might learn later this year at the annual Western Balkans summit in July whether accession negotiations can finally begin. 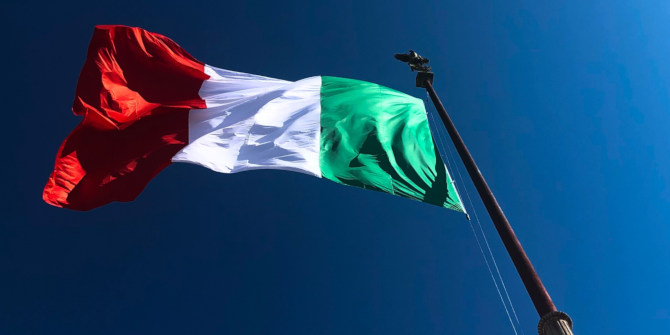 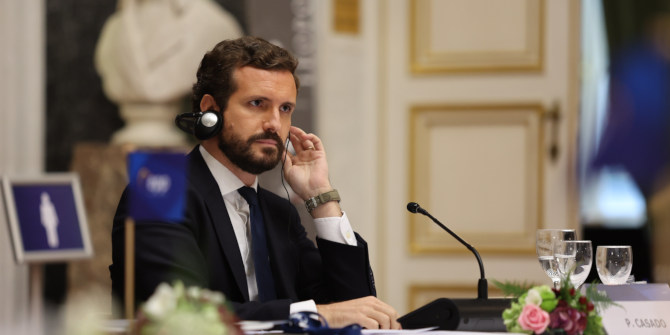