Macron gambles on reducing unemployment through greater flexibility for employers

Macron gambles on reducing unemployment through greater flexibility for employers

French President Emmanuel Macron has pledged to reform France’s labour market regulations, but his proposals have been met with opposition from some political figures and trade unions. Nick Parsons explains that against the backdrop of falling popularity, Macron is essentially gambling that by giving employers greater flexibility, he can push down the country’s unemployment rate.

On 31 August, the French Prime Minister, Édouard Philippe, and the Minster of Labour, Muriel Pénicaud, presented the contents of the decrees that will reform the French Labour Code. As announced in his presidential election campaign, these represent a central plank in President Emmanuel Macron’s strategy to reduce the rate of unemployment in France from its current 9.5% to 7.5% by the end of his five-year term of office.

This is to be achieved by giving greater flexibility to business, particularly to the small and medium-sized companies that employ some six million people in France. Indeed, French employers have long argued that the voluminous Labour Code – some 3,500 pages long – creates labour market rigidities that result in a reticence to hire, and therefore in high unemployment levels in France. The package of five decrees, containing 36 measures, should come into force towards the end of September.

The reforms notably aim to simplify collective bargaining in small companies by removing the need for any trade union oversight during negotiations in companies of less than 50 employees. Previously, negotiations could only take place with an employee ‘mandated’ to negotiate by an external union where they were not present in any workplace of between 11 and 50 employees (above 20, this needed to be an elected employee). Any subject for negotiation can also be approved in small companies through a referendum on the initiative of the employer. Although this gives greater freedom and scope to company-level bargaining, a branch level agreement can stipulate that company-level agreements cannot derogate from dispositions agreed at that level in certain areas.

In another measure to respond to demands from smaller employers in particular, greater clarity is given over compensation payments from employment tribunals in cases of unfair dismissal, with scales linked to length of service, and lower limits for companies employing less than 11 people. The time limit for claims is also reduced from two years to one year. The lack of any ceiling on payments was often cited by employers in small and medium-sized companies as a major obstacle to employment.

Laying off workers is also made easier for multinational groups as redundancies only need to be justified with reference to the national situation in the sector of activity and no longer with respect to the global performance of the group. On the other hand, the legal compensation for redundancy is raised by 25%. The use of temporary ‘project contracts’, common in the construction industry, will also be expanded to give greater flexibility to employers.

In general terms, the decrees build upon the controversial 2016 Labour Law, also known as the El Khomri Law after the then Minister of Labour, which gave greater scope to company-level bargaining. Whereas the 2016 law gave rise to a sustained opposition movement on the streets of France throughout the year, however, such a response is by no means certain this time around. The left-wing CGT trade union has called for a national protest against the reforms for 12 September, and Jean-Luc Mélenchon’s La France Insoumise has called one for 23 September. Elsewhere, however, responses have been more muted.

The left-leaning Force Ouvriere (FO), which along with the CGT was at the forefront of the protests against the Labour Law, broadly welcomed the decrees, although not agreeing with all the measures. A continuing role for the branch to provide a framework for company-level negotiations seems especially important in explaining this about turn, as was the intensive round of consultative meetings between the Ministry of Labour and the unions over the summer in preparation for the decrees. The latter, especially, was contrasted with what was seen as a lack of consultation over the 2016 Labour Law.

On the other hand, the centrist CFDT union, which was generally supportive of the 2016 Labour Law, surprised observers with its critical response to the announced reforms. In particular, the possibility for employers to organise referendums in the workplace is a major concern as it is seen as permitting unilateral employer control, although limiting unfair dismissal payments and justifying redundancies through reference to the national rather than global situation also seems to have weighed upon its reaction.

Equally important in all the union reactions are strategic calculations. Unions compete against each other in professional elections that determine their representativeness, and therefore their capacity to sign collective agreements, particularly at the national inter-sectoral level where agreements can be transposed into law. At the end of the 2013-2016 cycle of elections, reformist unions had a majority despite their support for what were seen as the pro-employer policies of Macron’s predecessor, François Hollande. If as argued by the CGT, Macron’s decrees result in a deterioration of working conditions and do not resolve the unemployment problem, the CGT oppositional stance may bear fruit over the next cycle of elections.

On the other hand, the CFDT’s reformist stance under Hollande’s presidency was successful in that it enabled the union to supplant the CGT as the largest union in the private sector. Support for labour market reform is always perilous in France, however, and its critical reception of Macron’s reforms may be a means of avoiding the image of being too close to the government after its support for the 2016 Labour Law. However, despite its criticisms, the CFDT, in line with its self-portrayal as a ‘responsible’ negotiating union, will not join the CGT in oppositional mobilisation. The success of the CFDT reformist line may also explain why the FO has abandoned its opposition to labour market reform, leaving the CGT largely isolated in opposition, with only smaller unions, the radical Solidaires and the CFE-CGC managerial union, joining it in condemning the reforms.

Macron’s popularity has plummeted since his election to the presidency, so the CGT may hope to capitalise on what has been a difficult summer for the President. In a recent visit to Romania, Macron claimed that the French do not like reform. In the short-term, the gamble is that frustration with decades of high levels of unemployment may nevertheless provide a window of opportunity for change. He was, after all, elected with a clear message on labour market reform and, following the presidential and parliamentary elections, can claim that he has the democratic legitimacy to act quickly through these decrees.

Opinion polls suggest that he may win this gamble. The French are largely in favour of his reforms, with only the limitation of unfair dismissal payments not receiving majority approbation. The mobilisations planned by the CGT and La France Insoumise for September therefore look unlikely to derail the new President. In the longer term, however, the gamble is that greater flexibility will create employment and soak up unemployment. This would not only reinforce Macron’s position, but also that of the reformist unions, making future reform more likely. If it doesn’t happen, however – and there is a growing body of evidence that labour market deregulation is not the answer to the unemployment problem – many may wonder what they have traded flexibility for and join the CGT on the streets. 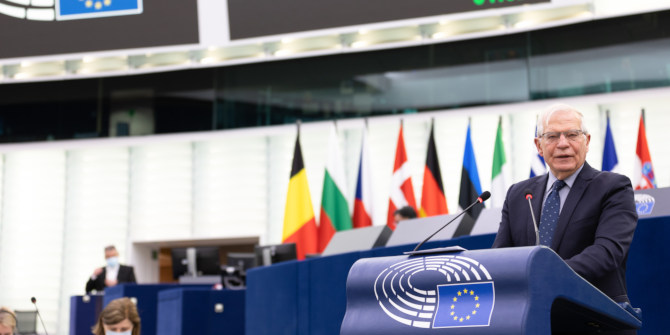