Numerous studies have attempted to measure the relative bargaining power that each EU member state has when making decisions in the Council of the European Union. But as Klaas Staal writes, the extent to which a state’s preferences match those of other member states can be just as important as its bargaining power. Drawing on data from a new study, he illustrates that large states such as Germany, Poland, and the UK regularly take positions that are against the majority, while the change in Council voting weights from the Nice to the Lisbon Treaty can also only be understood by measuring the change in voting weights for a state’s most frequent allies.

Traditionally, studies of influence on decision making, and thus the promotion of national interest, are based on Banzhaf and Shapley voting power indexes. In our contribution, we address two theoretical shortcomings in the traditional approach. Firstly, these approaches ignore policy preferences, and secondly, Member States can express dissent not only with a no-vote, but also with an abstention (in our paper, we additionally discuss the role of vote statements that national governments can use to express dissent over a Commission’s proposal in the Council).

We consider the votes cast in the Council under the Treaty of Nice, using the information that can be found in the Monthly Summary of Council Acts published by the Council Secretariat. From February 2004 until December 2012, there were 1,762 votes. In 585 of these, one or more Member States did not support the Commission’s proposal with an unconditional yes-vote. As the amount of dissent expressed by a no-vote is not twice as large as the amount expressed by an abstention, one has to use a non-parametric measure to describe the alignment in voting behaviour between two Member States. We therefore calculate Spearman’s rank correlation coefficient using the levels of disagreement (e.g., yes-vote, abstention, no-vote) that can be found in the Monthly Summaries.

Two findings stand out. First, the traditional literature based on voting power indices, by neglecting the alignment of policy preferences between Member States, may underestimate or overestimate influence on decision making in the Council. We show that the traditional approach typically underestimates influence for the smaller Member States Estonia, Greece, Latvia, Lithuania, Portugal and Romania. In contrast, the traditional approach tends to overestimate the influence of large Member States. The latter tend to take positions against the majority more often and are then outvoted. The most striking case is the United Kingdom, but this also frequently occurs to Germany and Poland. The levels of support Member States receive for their positions are depicted in Figure 1. 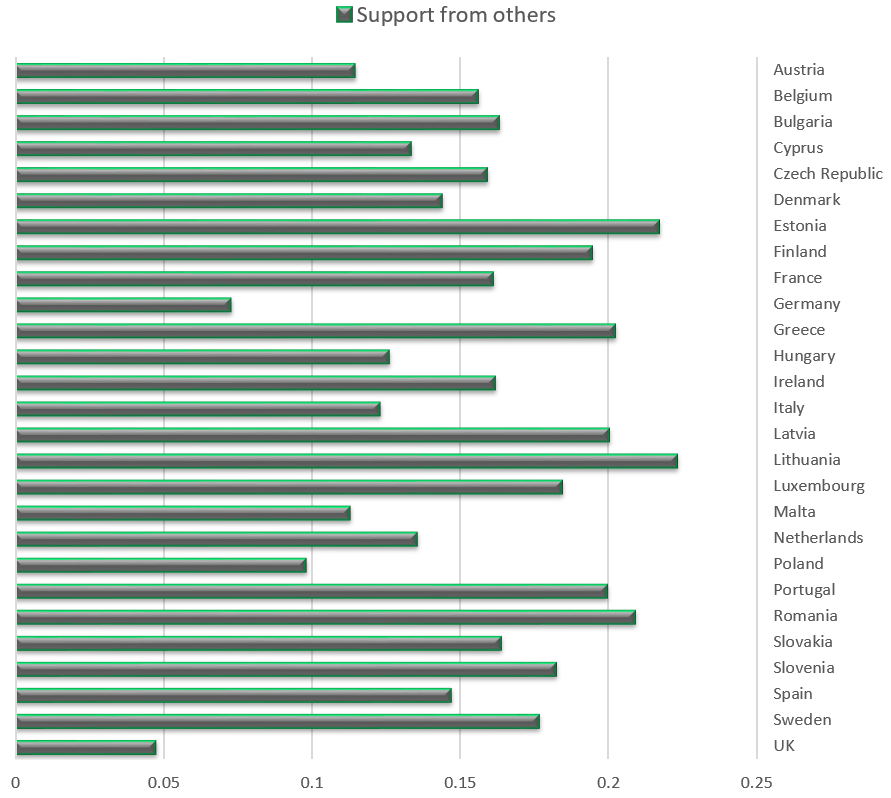 The second finding concerns the shifts in influence on decision making due to changes in voting weights from the Nice to the Lisbon Treaty. The Treaty of Lisbon increases the weights of the four biggest Member States and decreases the weights of most of the smaller countries. These shifts, however, have more intricate implications on influence on decision making than the simple changes in voting weights suggest, as illustrated in figure 2.

Figure 2: Effects of changes in voting weights in the Treaty of Lisbon 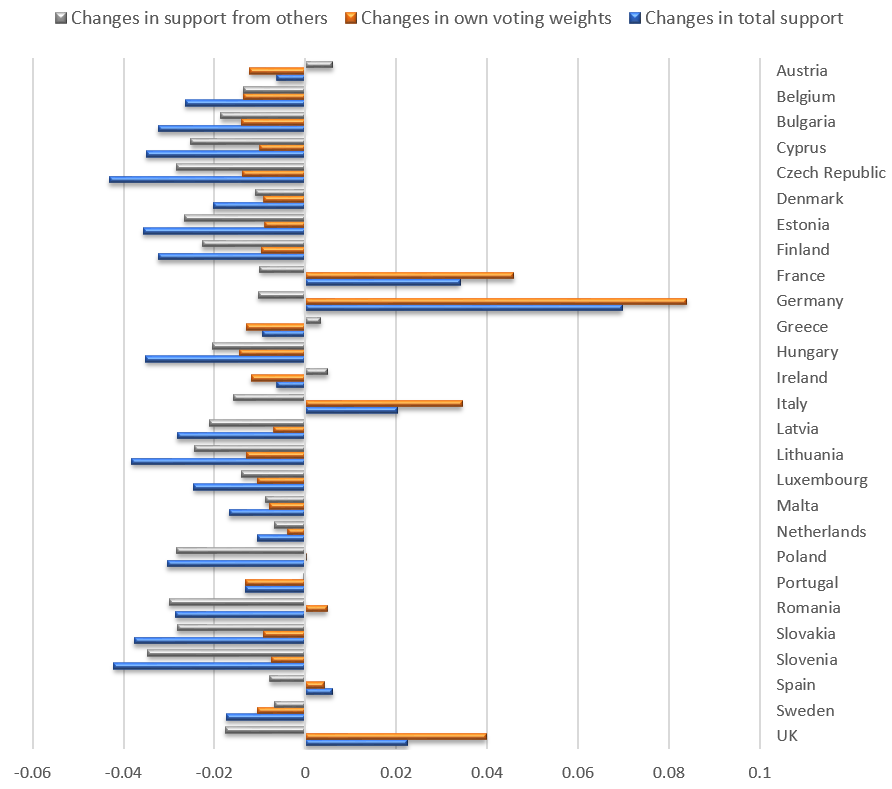