The UK’s foreign minister, Boris Johnson, is set to address the Conservative Party conference today amidst suggestions that he is deliberately undermining Theresa May’s leadership of the party. George Kassimeris argues that for all the criticism Boris receives, he has demonstrated a capacity for scheming and ruthlessness that Machiavelli would have applauded, and which could yet take him into Number 10.

Don’t be fooled by Boris Johnson’s latest antics in Myanmar. Earlier this year, while inside the Shwedagon Pagoda, the most sacred Buddhist site in the capital Yangon, the UK foreign secretary started uttering the opening verse to The Road to Mandalay, including the line: “The temple bells they say / Come you back you English soldier.”

Yes, footage of the foreign secretary’s impromptu recital of a colonial-era poem, shot by Channel 4 as part of a documentary on Mr Johnson, was utterly embarrassing and completely against basic diplomatic protocol. And yes, the British ambassador was 1000% correct in asking him to stop. But such flag-waving nostalgia on display was not as impulsive as it looked. In fact, it was likely not impulsive at all.

Boris, in my view, knew what he was doing. In fact, contrary to popular belief, little that Boris Johnson does, says, or writes is impulsive or careless. Every statement, every intervention and every ‘gaffe’ has been calculated with precision to get Johnson eventually where he desperately wants to be: Number 10 Downing Street.

Let’s take, for example, his now infamous 4,000-word essay (manifesto is perhaps a better description) for the Daily Telegraph in mid-September, laying out his political vision on Brexit, days before his boss, Theresa May, was scheduled to give a much-anticipated speech on her Brexit policy in Florence.

The timing of the article said everything you needed to know about Johnson’s ambitions. For it was specifically designed to provoke, undermine and infuriate an already vulnerable Prime Minister. If Theresa May were to fire Johnson, she would instantly make him a martyr and even more dangerous. The whole idea of bringing Boris into the cabinet was precisely because it was thought that from inside he could be controlled and contained. So, she didn’t. And so it goes on.

Johnson has been called many things – an egomaniac, a narcissist, a charlatan, a clown (traits, it has to be said, which characterise many of those who inhabit the Westminster village) – but he seems to fully understand the relentless nature of present-day Brexit politics, and its sheer remorselessness. He is convinced that he will regain both his credibility and the ownership of the Brexit issue (both of which he lost during the Michael Gove leadership episode) only if he imposes the dual reality that Theresa May is unable to set the Brexit political agenda and that she is so irrevocably damaged that she is incapable of leading the Tories into the next election without losing badly. A dual reality which, in all honesty, becomes clearer with every passing day.

We are witnessing a power struggle, a vicious war in a Tory party that is rapidly losing its political confidence to deal with the biggest economic and political challenge the UK has faced since the Second World War, fought out between a Prime Minister who seems to lack the authority to set the political agenda and her main party political opponent who, sensing that the force is with him, will keep pushing, keep strengthening his language, and keep adding to his list of demands. His interview with the Sun newspaper on the eve of the Conservative Party Conference in Manchester, when he insisted the proposed transition period when the UK leaves the EU must not last more than two years ‘ and not a second more’ is a case in point.

Ambitious politicians always operate in compromised territory, living on the edge, taking risks, pushing the limits, constantly varnishing and distorting the truth. Only when one begins to look at Boris Johnson in these terms does it become apparent just how brilliant a political operator he really is. For all the drama and political theatre of the last few months, he has demonstrated a capacity for scheming, manipulation and ruthlessness that Machiavelli would have applauded. 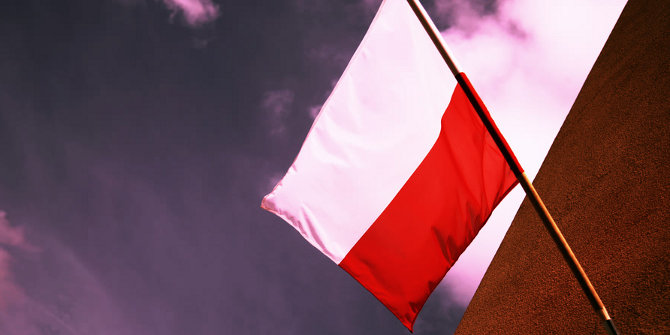