The EU is committed to promoting gender equality across the world, but how effective are these efforts in non-EU countries? Presenting evidence from a new study of public opinion in Bosnia and Herzegovina, Douglas Page illustrates that the EU’s attempts to promote gender equality can have a potentially polarising effect on public opinion. He writes that the best strategy would be for the EU to use its capacity to help women’s rights directly, such as by funding and training inspectors who can help improve workplace conditions for women.

In the current era of rising authoritarian populism, human rights for marginalised people are under attack. Women, ethnic and racial minorities, LGBT people, and immigrants face politicians who are hostile to their rights. In this context, the European Union is promoting the rights of women, and has done so since the early years of European integration.

European institutions have contributed to the promulgation of important policies such as equal pay between women and men and equal treatment in the work place. In particular, the EU tells countries that are applying for EU membership to comply with its social policies. However, existing research has not gauged citizen responses to the EU’s gender equality agenda, nor has it gauged responses among those who support their state’s independence from the EU. Support for national sovereignty with respect to the EU may influence opinion formation on these important policies.

In Bosnia, an applicant for EU membership, there are higher levels of pay inequality between women and men in comparison to most EU Member States: the average pay gap is 16 percent in the EU, against an average pay gap in Bosnia of 20 percent. Despite a legacy of gender equality rules from the Communist era, Eastern European countries have higher levels of inequality in pay between women and men. The Bosnian government passed a gender equality law in 2003 which includes provisions for inequality in pay, but the gender equality councils and agencies were understaffed and underfunded, producing limited action on behalf of women’s rights.

Equal pay between women and men is a contested policy in Bosnia that is linked to the country’s EU membership application, and public opinion does not match the EU’s aspirations. The European Commission’s 2015 report for Bosnia indicates that equal pay is not even guaranteed among civil servants due to the lack of transparency regarding salaries; that there are enduring large differences between female and male participation in the labour force (46 and 72 percent, respectively); that there is higher unemployment among women (31 percent in comparison to 25 percent among men); and that women are underrepresented in senior management positions.

In order to examine the EU’s effects on public opinion regarding equal pay, I conducted a survey experiment which randomised whether equal pay was addressed as an EU criterion for membership and whether the policy outcomes for equal pay were addressed as going badly (inequality in pay remaining worse in Bosnia in comparison to other European countries). Hence, I examined two ways in which citizens can resolve the incongruity between their EU biases (support for EU membership or their state’s independence) and their preferences regarding equal pay.

Firstly, they can adjust their evaluations of an EU promoted policy to align with their support for EU membership or independence. Secondly, they can also adjust who they think is responsible for objective conditions concerning gender inequality, based on their EU biases. If independence supporters receive information concerning bad conditions, they can blame circumstance and are less likely to hold their government responsible, in comparison to those who support EU membership. The relationship between policy evaluations and EU biases is critical for women’s rights, because the EU’s policy interventions may undermine citizens’ support for rights and undermine the EU’s goals.

The findings lend mixed support for these expectations. I did not find evidence that receiving information about the EU frame alone could trigger biases with regards to equal pay. However, I did find empirical support for the expectation that citizens adjust who they think is responsible for objective conditions when policies have an EU frame. The EU frame affected independence supporters who assigned less responsibility to their government for inequality in pay. This finding suggests that the EU’s involvement in women’s rights may lead some members of society to believe their government should deal with these rights less.

Overall, this study speaks to potential polarising effects from the European Union’s involvement in women’s rights, and the continuing importance of the public debate about the role of women in society. In the context of the limited implementation of EU social policies, the EU should use its capacity to help women’s rights directly, such as funding and training inspectors who can help improve workplace conditions for women.

Note: For more information, see the author’s accompanying journal article in the Journal of Common Market Studies. This article gives the views of the author, not the position of EUROPP – European Politics and Policy or the London School of Economics. Featured image credit: Pixabay (Creative Commons) 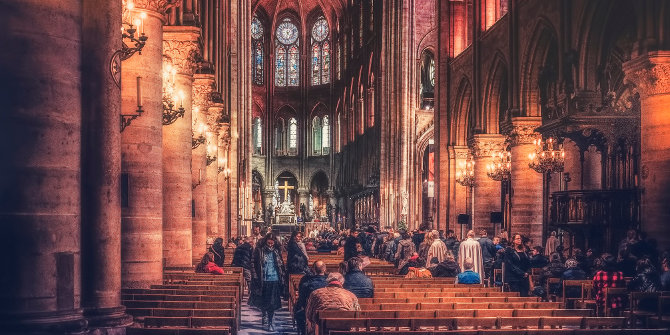