The Czech Republic held parliamentary elections on 20 and 21 October, with ANO, led by Andrej Babiš, emerging as the largest party. Jan Rovny argues that although there are some distinct features of ANO and the Czech party system, the country’s political outlook now has broad similarities to its two central European neighbours Hungary and Poland.

The Czech parliamentary election of 20 and 21 October brought the Czech Republic closer in line with her central European neighbours, Poland and Hungary. Both Poland and Hungary have come into conflict with the EU’s institutions in recent years. And while the Czech Republic retains a certain unique national character, there are three major reasons why its political outlook now looks more like its two neighbours after this weekend.

A Czech blend of populism

The elections signalled the rise of a new populist figure who now dominates the political landscape. The indisputable winner of the elections (with 53 seats more than the second party) was ANO, a formation of oligarchic businessman, Andrej Babiš, which is a populist grouping built around opposition to traditional political elites. Most contemporary populism tends to combine with a particular political programme. In Poland, the governing PiS party is deeply committed to Catholic conservatism and nationalism with all its policy implications. In Hungary, Victor Orban and his Fidesz party, has even developed his own political doctrine of ‘illiberal democracy,’ which he consistently fills with nationalist and authoritarian overtones.

The case of ANO is somewhat different. ANO is more of a pure populist party which is hard to pin down to any stable position or political label at all. The election programme contained a good number of specific proposals, such as building roads, or cutting taxes on specific goods, such as beer, or services, such as hair cuts. But ANO deliberately avoids the traditional party function of issue aggregation. It provides no clear indication of its general political leaning or identity.

Take a big issue, such as European integration. Although the pre-election programme of ANO appears to be explicitly pro-European, Babiš has opposed the adoption of the euro, denounced EU migrant quotas, and generally criticised European integration using discourse that is all too reminiscent of the radical right. ANO’s key catch concept of `pragmatism’ seems to boil down to a striking and explicit absence of any ideology, suggesting that it is primarily a political arm of Babiš’s business empire, making it more like a Ukrainian, rather than a central European style party.

Not much left of the left

The election saw a historic collapse of the political left. The once dominant social democrats (CSSD) have been reduced to a mere 15 seats in the parliament, while the radical, unreformed communist party (KSCM) received their worst result since the party’s founding in 1921, also securing a mere 15 mandates. The demise of the social democrats was expected. Over the past four years, they have struggled in coalition with Babiš and ANO, failing to sell their political achievements, while Babiš – as vice-prime minister and minister of finance for most of these four years – miraculously managed to maintain his anti-elite challenger edge, while building ANO’s programme around `his’ government achievements.

The result for the communists, on the other hand, was much more interesting. The KSCM has been the dominant protest party in the post-1989 Czech party system. Sticking to its communist orthodoxy as well as its name, the party has attracted those with lower incomes and the unemployed, with particular successes in post-industrial and rural areas, and among older voters nostalgic for the securities of communist dictatorship. As such, the party has dominated the hard left, authoritarian corner of the political landscape, effectively precluding any lasting success for radical right parties. The radical Republican party, which stuck around in the mid-1990s only to collapse, is a case in point. But this trend appears now to be over, with the KSCM losing over 50% of its previous electoral support, most likely to the benefit of the radical right SPD.

This is important in the Czech political context. My research with Jonathan Polk shows that, unlike Poland and Hungary, whose politics have always been dominated by cultural matters related to either religion or nationality, the Czech system has traditionally – really since the start of its democratic existence in 1918, and then again after 1989 – been dominated by economic competition. As the Czech Republic is a highly secularised and ethnically homogeneous country with no significant pockets of extra-territorial nationals, the left and the right have vied over economic policy, privatisation, and public services.

Now, with the left decimated, the economic divide in parliament is much less pronounced. On the individual level, the fact that many previous communist voters likely gave their vote to the migrant-bashing SPD, suggests that these people came to see the political world in ethnic, rather than in social class terms (the fact that the Czech Republic received a mere 2,892 asylum applications in 2015 is largely irrelevant). The parties represented in parliament are thus going to differ more on cultural issues, migration, the approach to Czech sovereignty, and related views on European integration. This is likely to pivot political competition in the Polish and Hungarian direction.

My forthcoming research with Lenka Rovná demonstrates an increase in the salience of cultural issues in the Czech Republic. This change brought new formations into the parliament. The new parliament will have nine political parties, as opposed to the previous seven. The notable newcomers are the Pirate Party, and the already-mentioned radical right SPD – whose leader, Tomio Okamura, sat in the previous parliament with another political formation.

These two parties are in many ways direct opposites. The Pirates represent the dejected, educated urban liberals particularly in Prague, the SPD did well in the post-industrial areas of northern Bohemia and Moravia. The social bases, as well as the political outlooks of these two parties represent a new divide visible in much of the post-industrial developed world. The Pirates call for cosmopolitan openness, while the SPD, who are openly supported by France’s Marine Le Pen, calls for closure based on national sovereignty, highly restricted immigration, and an exit from the EU.

Importantly, it is not clear who the real opposition will be to Andrej Babiš and ANO. While ANO holds 78 of the 200 parliamentary seats, the second party, the conservative ODS, has a mere 25, followed by the Pirates and SPD with 22 seats each. A handful of conservatives, socialists, Christian democrats, and Pirates are unlikely to make much common headway in opposition to ANO. The Czech parliament is consequently starting to resemble the Polish, and particularly the Hungarian one, where there is no obvious and effectively organised opposition to the governing parties.

Czech politics has been reshuffled in the emotionally charged atmosphere of the migration crisis, despite few migrants actually making it to the country. The rise of the populist ANO with its chameleon-like ability to be an anti-establishment party in government; the collapse of the left parties and, with them, the dominance of economic competition between parties; and the fragmentation of parliament leaving ANO with little concerted opposition, all serve to put the Czech Republic in line with Poland and Hungary. What remains to be see is the kind of government that ANO manages to put together. One hopes that this government will not pursue illiberal policies like those of Poland and Hungary, but we could well see the Polish PiS, Hungarian Fidesz, and Czech ANO form a new populist alliance in Europe. After all, Czech Pilsner goes rather well with both Hungarian goulash and Polish pierogi… 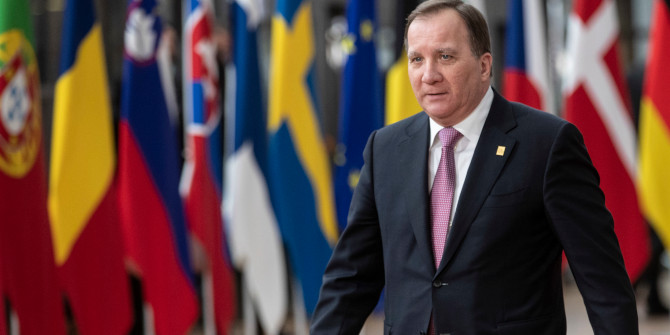