Latvia held parliamentary elections on 6 October. As Jānis Ikstens writes, the result was notable for the emergence of new challengers, as well as for the disappointing performance of parties from the ruling coalition. However, given the lack of obvious coalition options, the next government may well be a short-lived one.

In the early hours of 7 October, it became official – Latvia had followed in the footsteps of many other European countries where populists had made significant electoral gains. This happened against the background of healthy economic growth and a lower voter turnout.

Preparations for the 2018 parliamentary elections began well in advance as the Saeima, the 100-strong, unicameral Latvian parliament elected on the basis of flexible party lists for a term of four years, introduced further restrictions on who can submit candidate lists as far back as 2016. It was established that only parties having been founded no less than 12 months prior to the election day and numbering no less than 500 members would have that right. The ruling coalition justified the move as an attempt to provide voters with political alternatives in a timely fashion, but it could also be seen as an attempt to restrict political competition to the advantage of incumbents.

Regardless of the new regulatory framework, sixteen parties/associations submitted candidate lists in each of the five electoral districts. That constituted an increase from the 13 lists registered for the previous three consecutive parliamentary elections. In a survey conducted by KantarTNS in late August and early September, less than 0.5 per cent of respondents said they did not intend to vote in the elections because they could not identify a party that addressed issues relevant for the respective respondent.

The election campaign was a noisy one, but weak on substantial policy debates. The tone was dictated by the populist KPV LV party that rather skillfully used every opportunity to criticise the government and the political elite in general, often issuing ad hominem attacks against both politicians and journalists. Newcomers like ‘For Development’, the Progressives, and the New Conservative Party gladly joined the chorus of criticism, albeit their style of communication was more refined. They all advocated policies favouring the rule of law and greater transparency in political decision making. In addition, the New Conservative Party ran on a socially conservative platform with a dose of Latvian nationalism. The Progressives and ‘For Development’, in turn, pursued left-leaning, libertarian policies.

The governing parties (Union of Greens and Farmers, National Alliance, and Unity) failed to impose their own agenda and to capitalise on the growing economy that allowed for an 8.4 per cent year-on-year increase of wages in the second quarter of 2018. The pro-Russian Harmony party that kept a tight grip on the municipal government of the prosperous city of Rīga, which has been plagued by corruption scandals, recruited a range of erstwhile politicians with an ethnic Latvian background in an apparent effort to expand the party’s appeal.

The campaign saw a shift in the use of communication channels. The use of television continued to erode after paid-for TV advertising during the last thirty days of an election campaign was prohibited ahead of the 2014 elections. The incumbent parties appeared to rely on outdoors campaigning while the challengers took the use of social media to an unprecedented level. However, only about half of those who responded to the exit poll conducted by the University of Latvia said they followed the campaign closely or somewhat closely. Moreover, some 40 per cent of the respondents noticed major differences among political parties during the campaign. Yet, about a third of respondents revealed that they made a decision on their favourite party within a week or less before the election day.

Ultimately, the challengers won a race which was characterised by a continued decline in turnout (54.6 per cent) – KPV LV and the New Conservative Party gained 16 seats each and ‘For Development’ secured 13 seats. Although the public’s desire for new politicians appears to be a factor behind the challengers’ success, they are not necessarily ideal representations of genuinely new parties. The New Conservatives and ‘For Latvia’s Development’, a constituent part of ‘For Development’, unsuccessfully contested the 2014 parliamentary elections; the political party ‘For!’ was set up by a group of seasoned members of parliament; and one of the leaders of KPV LV was elected to the Saeima back in 2014.

Moreover, the aggressive campaigning of the populist KPV LV resonated best among young and male citizens, while ‘For Development’ seemingly mobilised better-off segments of the population with libertarian views. The New Conservatives, in turn, recruited for their candidate list two former high-ranking officials of the Anti-corruption Bureau who had earned a reputation as resolute fighters of political corruption. Surveys carried out in the summer of 2018 indicated that the success of ‘For Development’ would be unthinkable without the presence of Artis Pabriks, a member of the European Parliament, on its candidate list. Similarly, the flamboyant Artuss Kaimiņš mobilised support for KPV LV.

Note: Only parties with seats in parliament are shown in the table, vote share rounded to one decimal point. Source: https://sv2018.cvk.lv

Although the pro-Russian Harmony party retained the largest number of seats in the parliament (23 seats), its support base among Slavic minorities continued to diminish, highlighting an important long-term challenge for the party’s leadership, particularly in view of the party’s failed efforts to mobilise significant parts of the ethnic-Latvian population.

Parties from the ruling coalition suffered a surprising setback given Latvia’s booming economy. While the polls did not find many voters who questioned the policies of the current cabinet headed by Māris Kučinskis (Union of Greens and Farmers), corruption scandals, the perceived inefficiency of the government, and a preference for ‘new faces’ in Latvia’s politics likely contributed to the downfall of the governing parties. This setback will be most felt by the Union of Greens and Farmers, which risks being excluded from the new coalition and may face a leadership challenge. The Unity party, in turn, should regard its result as a major success after a painful and protracted process of leadership change.

The arrival of new players has not changed a staple of Latvian parliamentary politics – Harmony is not considered ‘coalitionable’ by the other parties represented in the Saeima due to its pro-Moscow policies and long-standing cooperation with Vladimir Putin’s United Russia party. The New Conservatives and KPV LV both would like to lead the next cabinet, and it is the latter that, surprisingly, has acted more prudently and statesmanlike so far. Also, both parties blame the Union of Greens of Farmers for shortcomings of the ‘old’ political elite and want to relegate it to opposition. More recently, ‘For Development’ has indicated unease about the first round of political negotiations and launched parallel consultations in an apparent effort to secure support for a cabinet led by its representative.

Most pundits agree that the coalition building process will be complicated and may take a long time, therefore, it is too early to speculate about the shape of the next cabinet. However, Latvia’s pro-Western foreign and security policy will likely remain unchanged even if the populists push for a different course. For them, sharing the executive responsibilities may constitute a particular challenge, but leaving KPV LV outside the coalition at this point in time would create a loud parliamentary opposition keen to use constitutional instruments to obstruct the work of the government.

Social emancipation efforts by ‘For Development’, such as the legalisation of same-sex marriage and a revision of ethnic integration policies, would likely meet with resistance from the New Conservatives and the National Alliance, adding tensions within the government. Moreover, the latter two parties may take a more restrictive line on social issues as they seek to compete for the same segment of religious voters. Thus, a variety of conflicts will be built into any future coalition, which might render the next cabinet short-lived. Yet again. 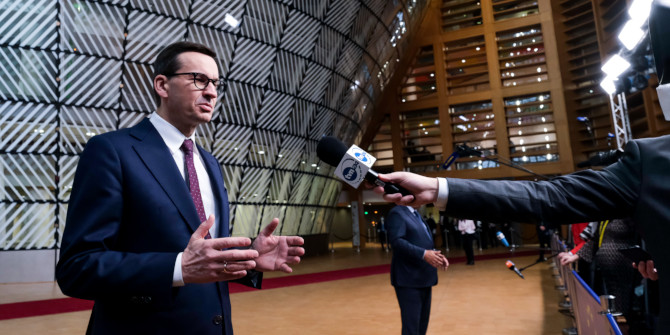