As 2018 comes to a close, it still remains uncertain how Brexit will be implemented, or whether a new election or referendum will be called before the issue is resolved. Helen Parr assesses what the long-term impact of Brexit is likely to be on British politics in the years and decades to come.

The politics of Brexit are the politics of the post-Margaret Thatcher, post-Cold War Conservative party, projected onto the nation. Mrs Thatcher integrated Britain more deeply into what was then the European Community (EC).

She advocated the single market and signed the Single European Act. In 1988, at the College of Europe in Bruges, she made a speech usually taken as evidence that her commitment to Britain’s membership of the EC was wavering, saying “we have not successfully rolled back the frontiers of the state in Britain, only to see them re-imposed at a European level with a European super-state exercising a new dominance from Brussels”.

In that line can be found the wishes of many of the Conservative Brexiteers. They do not want EU membership with opt-outs, Conservative policy since John Major. They do not want ‘one nation Conservatism’. Many of them seek to reduce the role of the state, they envisage a world in which Britain is the hub of a global network of free trade; and they would prefer to reduce tax, regulation and the kinds of protections for workers that the EC began to introduce when Thatcher uttered her famous line.

David Cameron called a referendum to defeat the Brexiteers. He did not anticipate that the free market Brexiteers and UKIP would create such a dynamic campaign, galvanised by Nigel Farage’s argument that EU membership meant uncontrolled immigration.

Like Cameron, Theresa May put party politics first in developing her Brexit policy. At Lancaster House in January 2017, she established that Britain would seek to withdraw from the single market, thus ending free movement of people, and end the jurisdiction of the European Court of Justice. This was generally regarded as a ‘hard’ Brexit, but the 2017 general election, the realities of negotiating with the EU, the Irish border and May’s caution to mitigate the consequences of a sharp break with Britain’s largest trading partner have qualified this to an extent.

The result is a withdrawal agreement that satisfies nobody, other than May and those around her who argue that it is better than the alternatives. It means Britain will leave; avoid the rupture of a ‘no deal’ exit, but it probably envisages that Britain’s future relationship with the EU will be close.

The agreement states that during the transition period, until the end of 2020, Britain will remain in the single market and customs union while not participating in EU institutions. In this time Britain’s future trading relationship with the EU will be negotiated, based on a ‘single customs territory’ and possibly on deeper regulatory alignment in some areas. If there is no satisfactory agreement, then the ‘backstop’ will kick in: a legally binding mechanism which will keep the UK or Northern Ireland in a customs arrangement and single market for goods to prevent a hard border in Ireland.

The Conservative government has therefore determined current Brexit politics. Since Thatcher spoke at Bruges in 1988, Labour became the party of Europe, accepting that through the EU it could better protect the rights of workers, it could better challenge the free flow of capital, it could better stand up for issues of major global significance such as climate change.

British politics is currently stuck. The Conservative Brexiteers have tried and failed to unseat May. Labour has tabled a vote of no confidence in the Prime Minister and will have to wait the outcome. The Article 50 period ends on 29 March, and there is no prospect of negotiating a different deal before then. If a marginally modified version of May’s deal does not get through parliament, Britain could leave without a deal if nothing intervened to stop it.

Parliamentarians could insist on amendments that could suggest a softer Brexit; or could call for a second referendum. Both of those options require concentrated political will. May wishes to avoid a second referendum, as it would heighten the risk of a Conservative split. She wants to show her policy to be the one to unite Britain after the 2016 poll. That referendum, designed to heal a Conservative fissure, has sharpened political division.

Whatever happens now, neither party could presume its disagreements will evaporate. The primacy of the referendum risks undermining one of the traditions of representative parliamentary democracy, that MPs should represent all their constituents, not just the most vocal.

British membership of the EU is talked about largely in terms of its impact on the economy, but it has always been a political question. Since the Conservatives first attempted to take Britain into the European Economic Community in 1961, and since Labour tried to do so again in 1967, successive governments have accepted that British influence in world politics has flowed through British membership of the EC/EU.

The centre of British politics has worked with the sense that Britain’s modernisation – its future direction – depended upon its membership of the EC/EU. That modernisation has, of course, been lopsided and incomplete, one of the reasons the referendum brought the result it did.

The process of unpicking and refashioning what Britain is, how its society and economy are organised, how it governs itself and the relations between its four nations, how it positions itself in relationship to the EU and the rest of the world, will last decades. The intensity of period since 2016 might fade; but it will define Britain for the foreseeable future.

Note: This article originally appeared at UK in a Changing Europe. It gives the views of the author, not the position of EUROPP – European Politics and Policy or the London School of Economics. Featured image credit: Number 10 (CC BY-NC-ND 2.0) 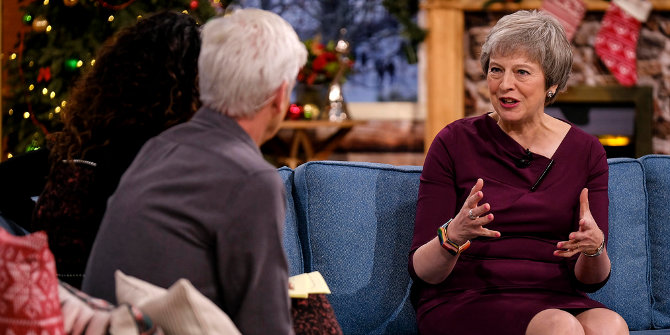