As a response to the migration crisis in 2015, the EU established ‘Operation Sophia’, a naval mission intended to disrupt established human smuggling networks in the Mediterranean. The mandate for Operation Sophia is due to expire at the end of this month, yet with divisions among member states, there is no agreement on whether it will be extended. Julia Himmrich writes that the multiple adjustments that have been made to Operation Sophia’s mandate show the use of the military in dealing with migration has clear limitations. She outlines three key recommendations for improving Europe’s ability to respond to migration through the Mediterranean.

The EU’s anti-trafficking and anti-smuggling naval operation in the Mediterranean, EU NAVFOR MED Sophia (Operation Sophia), is due to finish at the end of March and it is unclear whether or not it will be extended. The operation has had limited success due to its confused mandate and unrealistic expectations of what a military deployment can reasonably achieve in managing migration. As the migration crisis has now passed, the EU needs to reframe its overall approach to managing migration through the Mediterranean and strictly limit the roles assigned to the military to those it is suited to fulfil.

The ambiguity about Operation Sophia’s future is partly the result of the deepening political conflict between member states over disembarkation of migrants saved at sea. Italy is refusing to allow migrants rescued by Operation Sophia to land at its ports – as originally stipulated in its mandate – leading other member states to question its future. The current political standoff is symptomatic of the underlying problems in the European Union’s migration policy, where external quick fixes are often sought rather than long term internal solutions. 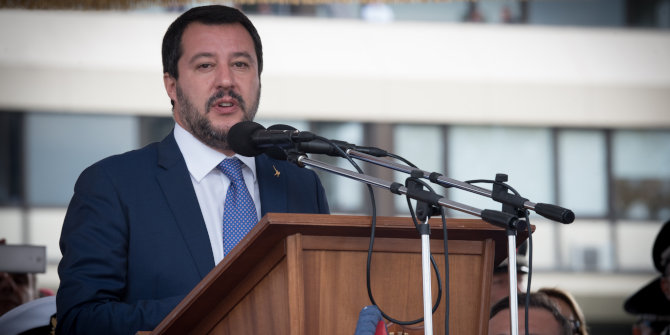 In 2015, member states resorted to military deployment with Operation Sophia in response to the increased migration flows triggered by the Syrian civil war. This came out of the perceived need for Europeans to be seen to ‘do something’. The mission was given an ambitious mandate: to detect and monitor migration networks; to board, search, seize, and divert vessels suspected of being involved in human smuggling activities in international waters; to enter Libyan territorial waters to fulfil similar objectives; and to take necessary measures against vessels and assets, including operating on Libyan territory.

However, implementing the full mandate proved difficult due to the inability to act on Libyan territory. In response to some of these concerns, the operation shifted its priorities to intelligence gathering, maritime security, training of the Libyan Coast Guard, and surveillance of illegal trafficking of oil out of Libya. Through the Crime Information Cell, activated in the summer of 2018, Operation Sophia has become the key information sharing point working alongside two EU agencies, Europol and the European Border and Coast Guard Agency (Frontex).

There are also normative concerns of involving the military in a ‘soft issue’ such as migration with personnel not adequately trained for humanitarian tasks or authorised to fulfil law enforcement tasks. Moreover the use of military assets could be seen as detracting from other European defence commitments. A specific challenge has been search and rescue missions (SAR): although not part of its mandate, vessels serving under Operation Sophia have had to fulfil SAR obligations under international law.

The multiple adjustments to Operation Sophia’s mandate show that the use of the military in dealing with migration has clear limitations, implying that the crisis response approach in 2015 was ill advised. There are five clear lessons to be learned from this experience:

First, the use of the military in response to migration, smuggling, and trafficking activities has operational limitations and needs to be reconsidered. Due to the lack of authority on law enforcement, soldiers are unable to arrest traffickers. They also lack specific training to deal with humanitarian emergencies and trafficking victims. Second, military can only undertake a supportive role towards national and EU agencies working on law enforcement and search and rescue. Third, this experience shows that future military involvement needs to be limited to crisis response. Fourth, there is a need for a comprehensive civilian solution regarding search and rescue in the Mediterranean connected to a political settlement on disembarkation and resettlement. Finally, the EU needs to put an end to the uncoordinated approach to decision making on migration among member states and to break down the boundaries between initiatives under the Common Security and Defence Policy (CSDP) and those emanating from the area of Freedom Justice and Security (FSJ).

The launch of Operation Sophia is part of the externalisation of European migration policy. The difficulty of implementing Operation Sophia’s original mandate shows that aspects of the external dimension of migration policy are at odds with the sovereignty of its neighbours and, in some respects, also with international law. Following the haggling between member states over disembarkation, the June 2018 Council conclusions included a proposal of so-called “regional disembarkation platforms” in North African countries to avoid disembarkation in the EU. This was, however, immediately rejected by the relevant states.

Notwithstanding that collaboration with third countries – especially countries of origin and countries of transit – is necessary, Europe needs to prioritise its internal response. Instead of CSDP, EU agencies such as Europol, Frontex, and the European Asylum Support Office, as well as national law enforcement, and coast guards need to be central to this approach.

Drawing on the challenges faced by Operation Sophia, the following would improve Europe’s ability to respond to migration through the Mediterranean and address both the internal and external political issues related to migration:

First, future CSDP missions should play to the military’s strength and expertise and be geared towards supporting civilian actors.

Second, because a renegotiation of the Dublin Regulation seems very unlikely, a specific political agreement directly linked to any new military mission to succeed Operation Sophia would be needed to establish the process for disembarkation and resettlement for those saved at sea.

Finally, member states need to improve the coordination between foreign and security policies and those under the umbrella of and Justice and Home Affairs. Here particularly the work in the Council can be effective through, for example, coordinated or parallel meetings of relevant working groups. This could be led by the Political and Security Committee and the Standing Committee on Operational Cooperation on Internal Security.

This article is based on a recent policy brief written by the author and published by the Dahrendorf Forum. 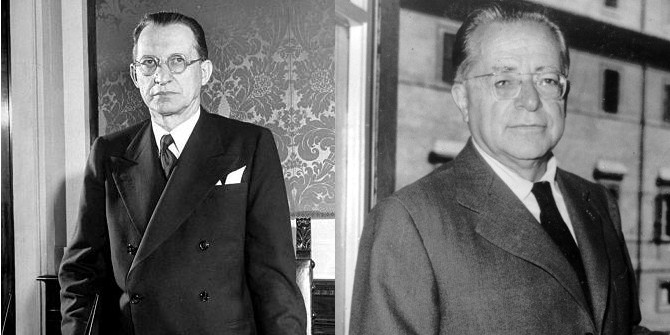