The powerful role of German business was brought into the Brexit debate during the referendum campaign by Leave campaigners as they brushed off predictions of hampered trade with the EU in a post-Brexit world. They argued that German carmakers would surely make their interests heard. But as John Ryan argues, this did not happen and Germany will not allow Brexit to compromise the EU’s core principles.

Many Brexiteers assumed that German big business would lobby its government in a way that frictionless trade would continue to be guaranteed in a Hard-Brexit scenario. This scenario was to be a falsely optimistic view by Brexit campaigners; still, it was carried into the following government led by Theresa May after the referendum. As symbolism plays an important role in diplomacy, the Prime Minister took her first trip abroad not to Brussels, but to Berlin in July 2016, seeking goodwill by the German chancellor and favourable conditions for the upcoming Brexit negotiations.

This has not materialized as German interests in the context of the EU have led it to put its weight behind the EU’s chief negotiator instead. In the past, the UK often overestimated its ability to win support from Germany. There have been a number of occasions where the UK believed it had German backing, but it turned out not to be the case. For example, the UK thought it had the support of Germany in the negotiations on the Fiscal Pact as well as the appointment of Jean-Claude Juncker as Commission President. On both occasions, Germany decided to change its position and leave the UK isolated.

Not for the first time in the history of the EU, the British government overestimated how far Berlin could or would help them. Above all it failed to recognize to what extent its demands clashed with fundamental German interests in preserving the integrity of the single market and, indirectly, the EU itself.

The UK is a vital trade partner for Germany and is the country with which Germany has the largest trade surplus. The automotive industry is especially important: the 800,000 vehicles sold in the UK accounted for a fifth of all German car exports in 2016. The UK is Germany’s third largest export partner with €90 billion in sales in 2016. The country’s nominal exports to the UK increased by 50% between 2010 and 2015. No less than 7.5% of all German goods exports were sold to Britain in 2015, a large number given that the UK does not purchase many machine tools or other heavy products of the sort Germany also specializes in, unlike emerging economies. With subdued domestic demand, Germany and the EU depend on trade-induced moderate growth including close trading relations with Britain. Nine EU countries send at least 5% of their total exports to the UK. In 2015, Germany’s trade surplus with the UK alone was a staggering €51 billion, about 20.5% of Germany’s entire trade surplus.

Germany‘s key industry is that of automakers. Within Europe, Britain is by far their biggest market. Auto manufacturers based in Germany export three times more cars to Britain than they are to China, according to their trade association’s data. The auditing firm Deloitte believes that the number of German cars sold to Britain could drop from 800,000 to 550,000 annually after Brexit without frictionless trade.

The latest developments regarding the potential No Deal Brexit have left German policy makers and the German public unprepared for how it may affect them. A No Deal exit could become a major problem for the German government.

Germany stands to be the hardest hit member of the EU if the UK crashes out of the bloc without a deal. A study by economists at the Halle Institute for Economic Research (IWH) and the Martin Luther University of Halle-Wittenberg shows that a hard Brexit could put some 100,000 German jobs on the line. Workers in Germany’s car industry would be at particular risk in the regions of Wolfsburg and lower Bavaria, where Volkswagen and BMW have factories.

The United Kingdom was among the top five export destinations for German companies in 2017 and saw over €85 billion ($96 billion) worth of goods shipped from Germany, Europe’s largest economy and exporter. The study only captures the jobs that would be lost because of a slump in exports resulting from, among other things, customs duties that would be levied by Britain on German exports in the event of a No Deal Brexit. Job losses resulting from other factors such as a fall in British investments in Germany are not reflected in the figures.

Despite this gloomy outlook in a No Deal Brexit scenario, German business has held strongly to its pro-EU-27 stance. Business associations have expressed concerns and have urged politicians to find solutions in order to maintain frictionless trade and maintain jobs, but not at the expense of compromising the integrity and principles of the single market.

German elites and the public are on the same page when it comes to the future relationship between the EU and the UK: that the EU should try to maintain a good relationship with the UK but it should not make any compromises on its core principles. Chancellor Angela Merkel understands that the success of the UK and the EU are interlinked, both politically and economically, but that her political interest first and foremost is in keeping the EU-27 together. The German corporate sector has grudgingly accepted this argument.

Note: This article originally appeared at our sister site, LSE Brexit. It gives the views of the author, not the position of EUROPP – European Politics and Policy or the London School of Economics. Featured image by Steffen Voß, (CC BY 2.0)

John Ryan – LSE
Professor John Ryan is a Visiting Fellow at LSE IDEAS. He has been a researcher at CESifo, Munich, Germany, St Edmund’s College, University of Cambridge and the German Institute for International and Security Affairs, Berlin, Germany. John is working as a senior partner in consultancy as a Brexit adviser for EU, Gulf and Asian clients. 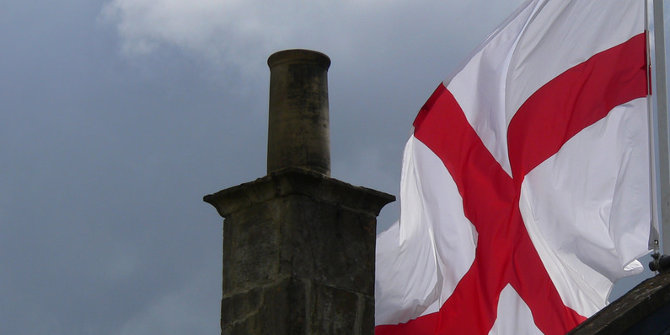 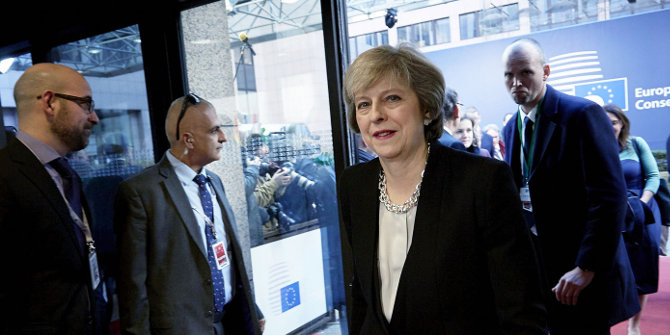