A second round of voting on alternative Brexit proposals is due to take place today in the UK’s parliament. James L. Newell writes that many across Europe have been left wondering at how the UK’s political system could end up in such a confused state over Brexit.

The situation has left many wondering why the UK’s political system has ended up in such a mess. The answer is five-fold. First, the Democratic Unionist Party, on which May relies for her parliamentary majority, has refused to support the agreement because it perceives the arrangements for avoiding the reimposition of a hard border with Ireland, which no one wants, as dividing Ulster from the rest of the UK. Hard right Brexiteers perceive the transition arrangements as not going far enough in actually delivering Brexit. Labour, like the Conservatives, have large numbers of passionate ‘Remain’ supporters so it too has refused support for the agreement (while not adopting an unambiguous Remain position).

Second, therefore, both main parties’ supporters are deeply split. The most recent polls suggest, now, a majority in favour of Remain – but less because 2016 Leave voters have changed their minds than because those who didn’t vote, or were too young to vote, are by two to one skewed towards Remain. Among 2016 Leave voters of both parties, the most favoured option is departing without an agreement; among Remain voters, another referendum in the hope of overturning the 2016 outcome (or simply revoking article 50). What unites Leavers and Remainers (80 and 85% respectively) is the belief that ministers are doing a bad job of tackling Brexit.

Third, then, the public is sharply polarised on Brexit, the centre ground sparsely populated. Thanks to the 2016 referendum itself and its aftermath, Britain’s relationship with the EU, in or out – an issue on which there was relative indifference – has become a massively salient identity issue: it is about what it means to be British.

Fourth, therefore, the situation reflects the failure of the main political parties over the years to perform their pedagogical function – of enabling their followers to see themselves as citizens of a UK-in-an-integrated-Europe – largely because of British elites’ historic ambiguity towards Europe, which has meant that whenever some further measure of EU integration has come up for discussion, the main political parties have been profoundly split.

Fifth, then, the situation reflects the classic inadequacy of majoritarian democracy of the Westminster kind when it comes to the governance of a society divided by a cross-cutting, existential cleavage as deep as the one surrounding Brexit.

Given that none of the possible outcomes – leave without an agreement; remain, or any of the numerous ‘compromises’ – will heal the divide, Brexit looks likely to remain a salient and deeply divisive issue for a long time to come. Therefore, no answer to the question of what should happen now can be offered that enables the writer to be neutral in the debate.

This writer’s answer is built on four premises. First, Brexit is an act of collective insanity perpetrated by the losers of globalisation who have taken their revenge for having been abandoned by Labour following the emergence of Tony Blair in the early 1990s and his embrace of the neo-liberal agenda. Second, democracy is not just, or even mainly, about the aggregation of preferences but it is at least equally about deliberation and the protection of minority rights. Third, an overwhelming majority of parliamentarians campaigned for Remain in 2016. Fourth, politicians have a dual responsibility: not just to represent public opinion but also to guide it. They are elected to lead.

Therefore, that majority of MPs that would ideally want Britain to remain in the EU should find their backbones and act to keep the UK in the EU notwithstanding 2016. Referendum outcomes are not legally binding; only a little more than a third of the electorate voted Leave in 2016; 17.4 million people (the number voting Leave in 2016) can be wrong. Only the most biased observer would refuse to acknowledge that Leavers’ demand for respect for ‘the will of the British people’ as expressed almost three years ago is in most cases disingenuous and self-serving.

Much if not most of what happens now, depends on the Labour Party. On 27 March, a motion calling for a second referendum was defeated by 27 votes, the number of Labour MPs refusing to support it being – 27. The Brexit project has been spearheaded around nationalist, anti-immigrant themes, by a decisively acting hard right – in opposition to which Labour has in most cases betrayed all of the left’s usual lack of self confidence. If it cannot now find the courage to tell its Leave-supporting voters that they are mistaken about where the solution to their problems lie; if it cannot join its Scottish National Party, Liberal Democratic and Green party opposition colleagues (as well a minority of Conservatives) in campaigning openly to stop Brexit from happening, then it is likely that future historians’ judgements of it will be damning in the extreme.

Note: The article gives the views of the author, not the position of EUROPP – European Politics and Policy or the London School of Economics. 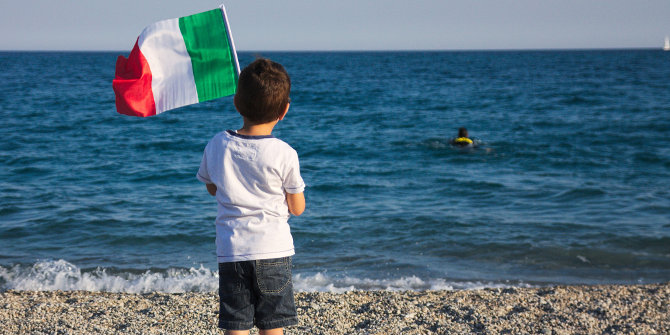