European Parliament elections were once famously characterised as ‘second order national elections’, but were the 2019 elections different? Felix Wiebrecht and James F. Downes write that although the results were shaped by the distinct features present in each of the 28 states taking part, there were at least five key trends visible across Europe.

The 2019 elections were billed as key elections for the future of Europe. This message seems to have resonated with some voters as there was a general increase in voter turnout across Europe. As a whole, the elections produced the best turnout for twenty years. The refugee crisis, Brexit, growing antagonism between the European Union and the United States under Donald Trump, and the pressing issue of climate change are only some of the factors that appear to have encouraged the European electorate to come out and vote – both in favour and in rejection of the European Union.

As an embodiment of Euroscepticism, the populist right parties were expected to continue their rise and increase their presence in the European parliament. Across Europe, these parties increased their vote share and secured victories in France, Italy and the United Kingdom. Articulating a strong rejection of the EU has paid off for some parties, especially in countries in which immigration is still considered to be the dominant issue. However, although they have improved their results compared to previous elections, their gains were lower than most projections. While the Austrian Freedom Party for example has suffered from its recent scandals, other more structural reasons may also include the apparent contradiction of attempting to get elected to an institution that these parties would like to see abolished.

Green parties made even bigger gains than the populist right. Led by the German Greens, who were able to double their vote share, Green parties had positive results in France, the United Kingdom and Finland. This group seems to have benefited particularly from the salience of concerns over climate change and environmental protection. In some countries, these issues have recently replaced immigration as the most important concern among voters. In addition, Green parties have also presented themselves as the most vocal defendants of the ideas and values of Europe and the European Union.

Perhaps the biggest winner of the night was the Liberal party family, which will form the third biggest faction in the new European Parliament. It remains debatable whether this represents a Europe-wide trend as the group benefited in particular from the result of Emmanuel Macron’s La République En Marche in France, which was running in its first European election. The Liberal Democrats in the United Kingdom were also a notable winner, but this may be credited to the particular national circumstances present in the UK. Nonetheless, similar to Green parties elsewhere in Europe, their success was built on strong support for the European Union – and an explicitly anti-Brexit stance in the case of the Liberal Democrats.

Traditional centre-left and centre-right parties suffered significant electoral losses at the ballot box. Labour and the Conservatives were marginalised in the United Kingdom, just as the Socialists and Conservatives were in France, while the Social Democrats and Christian Democrats also received some of their worst electoral results in nationwide elections in Germany. These electoral declines and widespread anti-incumbency effects will be reflected in the composition of the new European Parliament, where the centre-left and centre-right will no longer hold a majority. Electoral volatility and party fragmentation are now the order of the day, with the wider EU project under threat.

Implications for the future of the EU?

The EU is currently at a crossroads and faces numerous challenges. There are two prominent explanations in the political science literature for the decline of the EU project among citizens. The first, provided by Liesbet Hooghe and Gary Marks, is the “EU overreach” hypothesis. Broadly stated, this suggests that as the EU has become more complex in its multi-level governance framework, it has also become more distant from ordinary voters in EU member states, generating problems for the integration project. A second and often competing hypothesis associated with Peter Mair and Stefano Bartolini focuses on the lack of confidence that voters have in ‘mainstream’ national politicians and how this has manifested in increased levels of ‘Euroscepticism.’

Much has been made recently about the impact of the populist radical right on the decline of European integration. But due to political in-fighting, the radical right has always had great difficulty in collaborating and achieving ideological unity. This infighting is also present among pro-EU forces inside the European institutions who are presently contesting two competing visions: the creation of a bigger and more ‘technocratic’ EU, and a shift toward a more scaled down alternative. Resolving these debates will be highly significant for the post-2019 EU political landscape.

James F. Downes – Chinese University of Hong Kong
James F. Downes is a Lecturer in Comparative Politics in the Department of Government & Public Administration at The Chinese University of Hong Kong. He is also a Senior Research Fellow at The Centre for Analysis of the Radical Right (CARR) and an Associate Fellow at The Center for Research & Social Progress (Italy). He also provides regular analysis for CNBC on European politics. 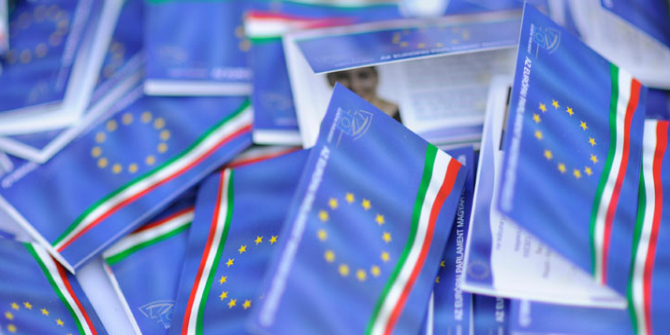