Services, as opposed to goods, may provide the opportunity for trade diversification that the world is seeking. Saul Estrin and Daniel Shapiro write that facilitating trade in services, particularly knowledge-intensive ones, will require developing strong global cities as trade hubs.

Canada represents an interesting example of our argument. In recent years, the country has expressed interest in reducing its dependence on trade with the US. Reflecting the priority attached to this goal of trade diversification, Canada has now appointed a Minister of International Trade Diversification and is pursuing trade agreements with more distant partners, including the Comprehensive Economic and Trade Agreement (CETA) between Canada and the European Union (EU), and the Comprehensive and Progressive Agreement for Trans-Pacific Partnership (CPTPP) between Canada and 10 other countries in the Asia-Pacific region.

Indeed, the various countries that have ratified the CPTPP have stated as one objective the ambition to develop diverse and more distant trade and investment partners in the face of the rise of China, and the possibility of becoming overly dependent on that market. These activities parallel the UK efforts to geographically diversify its trading partners as a consequence of Brexit. Trade Secretary Liam Fox interprets his remit as identifying and ultimately signing new trade deals, and in 2017 suggested that the British government will immediately agree 40 free trade deals with other non-EU countries the minute Britain leaves the European Union. 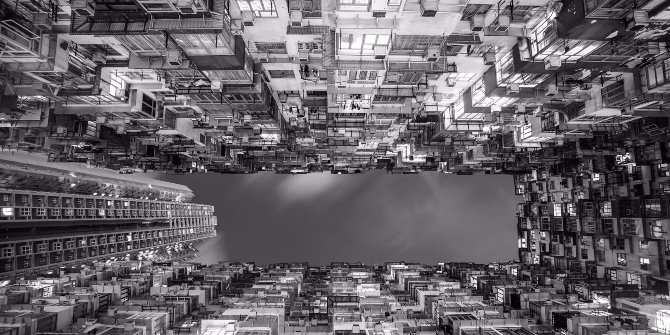 Credit: Image by 12019, under a Pixabay licence

Our Canada-UK collaboration – comprising researchers from the LSE and Simon Fraser University’s Beedie School of Business – surveyed recent academic and practitioner data and publications on trade and foreign direct investment (FDI) flows in order to assess the role of distance. We conclude that if you are trading in goods, physical distance still matters. Moreover, the evidence suggests that trade agreements between distant countries may not be sufficient to offset the costs of distance.

Although it is true that trade in services is less affected by geographic distance, there is evidence that it is more affected by other measures of distance. International business scholars have identified a series of more general distance measures including cultural and regulatory distance between countries. These are sometimes referred to as CAGE distance, which accounts for cultural, administrative and economic differences between trading nations in addition to geographic distance. For example, commonalities along several of these dimensions have facilitated exchanges of various types among Commonwealth countries, despite the vast geographic distances that separate them. However, in general, because trade in services involves the movement of people along with knowledge and capital, these social, political, and economic dimensions take on a heightened role and can inhibit trade in services. Trade agreements now seek to minimise these costs by including specific clauses with respect to trade in services, but these have proved difficult to negotiate because they require a higher degree of regulatory alignment, which can be politically controversial.

Thus, the evidence suggests that the impact of distance on trade depends on the nature of what is being traded (goods or services), and how one measures distance. We then asked whether it matters where distance is measured from. This seems an obvious question since when one talks about trade one mostly thinks of countries. However, we found that the majority of trade in services, particularly knowledge-intensive services, in fact originates in, and is traded with, a relatively small number of international metropolitan regions, sometimes referred to as global cities. Most trade in services, it turns out, happens between cities rather than between countries.

Global cities not only attract knowledge-intensive service firms, they have the capacity to spawn the kinds of companies that will become global exporters of services. The important lesson to be drawn from cities is that they draw attention to the links between innovative activity and internationalisation, while at the same time they blur the policy distinction between innovation and trade policy. Policies that promote innovation are not entirely separate from those that promote diversified trade. When countries help their global cities to foster knowledge-based activities they will also promote diversified trade in services.

Note: This article first appeared on the LSE’s Department of Management Blog and LSE Business Review. It gives the views of the author, not the position of EUROPP – European Politics and Policy or the London School of Economics.

Saul Estrin – LSE
Saul Estrin is Professor of Management and Founding Head of the Department of Management at LSE. His areas of research are emerging markets, with a particular focus on entrepreneurship and international business issues. Professor Estrin has published more than one hundred papers in scholarly journals as well as numerous chapters and reports. He is co-author of the policy brief on FIRES-reform strategy for the UK.

Daniel M. Shapiro – Simon Fraser University
Daniel M. Shapiro is Professor of Global Business Strategy at the Beedie School of Business, Simon Fraser University. He is also co-editor of the Multinational Business Review and co-director of the Jack Austin Centre for Asia Pacific Business Studies. He has published five books and monographs and some 100 scholarly articles on international business and strategy, corporate ownership and governance, foreign investment and MNEs, industrial structure, and various aspects of public policy.