Populist parties across Europe often support direct democracy, for example through frequent referendums. Do their voters support these initiatives too and why? Tina Freyburg, Robert Huber and Steffen Mohrenberg distinguish between citizens who support direct democracy as a way of giving power to ‘the people’ and those, known as stealth democrats, who do so out of scepticism that politicians can be effective. They find that both sets of attitudes independently are associated with support for direct democracy, and argue that the distinction is crucial to furthering the debate about populism in Europe.

What do ‘the people’ really want? Questions concerning citizens’ ‘true’ preferences and their involvement in the political process are omnipresent in current political debates in Europe and even more in the UK.

For their part, populist leaders and their parties often see themselves as the (only) representatives of the popular will of the people and claim to incarnate their interests and their most pressing demands. In a somewhat paradoxical way, while claiming this leadership role over a rather passive people, most populist politicians also tend to invoke the need for an unmediated relationship between them and the people as a whole. In doing so, they often emerge as champions of a direct democratic ideal that would, as they put it, give people not only a voice but a say in political affairs through, for example, frequent referendums on specific policy issues. Inevitably, this leads to the question: do populist-leaning citizens want (more) direct democracy?

Who counts as a populist?

The most widely used definition of populism describes it as consisting of two dimensions: people-centrism and anti-elitism. In the eyes of populist individuals, society is regarded as a dichotomic entity made up of ‘the people’ on one hand and ‘the elite’ on the other. Consequently, to be considered as populists, individuals must both see the people as homogeneous and morally superior, and simultaneously dismiss the elite as corrupt and self-serving.

It is essential to distinguish this populist attitude from so-called ‘stealth-democratic’orientations. Although both populists and stealth democrats are united in their rejection of elite rule (anti-elitism), only populists also perceive the people as upright or ‘good’ (people-centrism). Instead, stealth democrats tend to show disdain for the people, not caring much about who governs, as long as the ‘right’ political decisions are taken. So far, academic studies on populism have tended to conflate stealth-democratic and populist attitudes, either by regarding stealth-democratic attitudes asinherently populist in nature or by arguing that support for direct democracy and populism is driven by a stealth-democratic outlook.

In fact, populist and stealth-democratic support for direct democracy can be seen as underpinned by two distinct patterns of preferences. On the one hand, citizens that display stealth-democratic attitudes are rather passive and reluctant to get involved in politics. They tend to support statements such as ‘elected officials would help the country more if they stopped talking and just took action on important problems’, and value non-political experts or business people taking control of decision-making. Accordingly, they view direct democracy mainly as a (necessary) last-resort mechanism. It serves to keep the government in check or to overturn ‘bad’ policy-making. In contrast, populist-leaning citizens regard direct-democratic procedures as a way of ensuring the direct involvement of the people in the political process. Direct involvement can thus be seen as either replacing representative democracy or, as Nigel Farage once put it, ‘working as a valuable safety net when the political class have got too far out of touch with political opinion’.

In our contribution to Party Politics, we revisit the relationship between populist attitudes and support for direct democracy after discounting for stealth-democratic traits. Using survey data on 4,000 individuals collected in four Western European democracies (France, Germany, Switzerland and the UK) with considerably different political features, we find, as we expected, that citizens who display populist attitudes favour stronger direct-democratic procedures. These citizens display traits relating to both the people-centrist and anti-elitist dimensions introduced earlier. Respondents sharing stealth-democratic views also appear to back direct democracy, as well as reject constitutional boundaries limiting the scope of direct-democratic instruments. Moreover, by distinguishing between populist and stealth-democratic views of the respondents we are able to demonstrate that populist support for direct democracy is not dependent on the respondents’ stealth-democratic orientation.

Furthermore, the levels of support for direct democracy appear to vary significantly across countries and depending on whether one openly supports a populist party in their home country or not. This can be seen as an indication that the citizens’ preferences regarding direct democracy are in constant negotiation with their political and historical contexts.

In general, our study indicates that populist as well as stealth-democratic individuals support direct-democratic procedures. However, these attitudes are not only conceptually different, but also display distinct associations with individual support for direct democracy. This implies that people-centrist and anti-elitist orientations of individuals can independently predict their support for direct democracy.

Drawing a distinction between populist and stealth-democratic attitudes can and will help enhance conceptual clarity and avoid ambiguous descriptions of terms when conducting populism-related research. Moreover, this can open the way for reassessing issues, such as the relationship between political parties and their policy positions vis-à-vis their voters’ attitudes. These and further aspects relating to the supply side of politics merit further research. Lastly, such a conceptualisation could also add significant nuance to the public political debate on populism that remains so relevant in Europe.

Note: This article originally appeared at our sister site, Democratic Audit. It gives the views of the authors, not the position of EUROPP – European Politics and Policy or the London School of Economics. Featured image credit: Abi Begum/(CC BY 2.0) 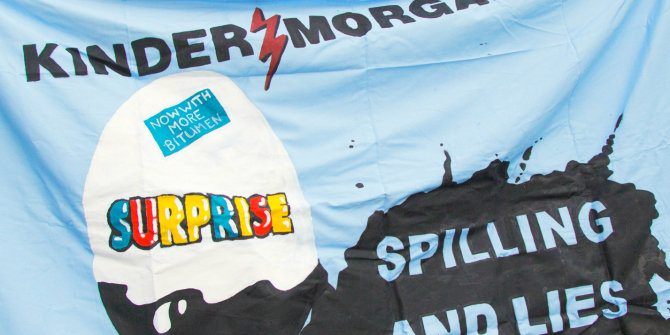