In Visions of Empire: How Five Imperial Regimes Shaped the World, Krishan Kumar analyses five key historical empires – the Ottoman, the Habsburg, the Russian/Soviet, the British and the French – making the case for how the ideas and ideologies of each shaped their mode of imperial rule and enduring influence. Due to a lack of clarity in the book’s central thesis and its reliance on secondary rather than primary sources, Sumit Guha is left unconvinced. 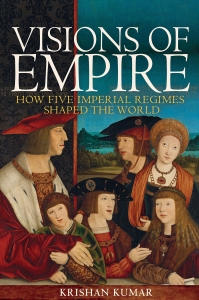 The history of empires, and of the states that founded them, formed the core of world history from the nineteenth century onward. The field has thrived ever since. Decolonisation after World War II, the Cold War and the rise of many new nationalisms answered empire-centric histories with nation-centred ones. Paradoxically, the unravelling of what was revealed to be a nakedly imperial system in the Soviet Union renewed interest in empires. The apparent place of the United States as the new world empire has enabled many facile analogies. Delusions of empire had clearly percolated to the George W. Bush White House too, where a senior official told Ron Suskind in 2004 that empirical study was now obsolete:

We’re an empire now, and when we act, we create our own reality. And while you’re studying that reality – judiciously, as you will – we’ll act again, creating other new realities, which you can study too, and that’s how things will sort out. We’re history’s actors […] and you, all of you, will be left to just study what we do.

This mentality arguably contributed to the US invasion of Iraq, which quickly bogged the country down in a bloody and expensive quagmire.

Many have indeed studied empires and now Krishan Kumar has written a near 600-page work which is, broadly speaking, sympathetic to the empires he considers. The author is a professor of sociology, not a historian, and so one expects analytic rigour, if not archival depth. I also realise that a reviewer should not demand a book that the author did not intend to write: I will therefore assess Visions of Empire in terms of what Kumar declares that it will achieve.

The subtitle, ‘Shaped the World’, indicates that the book will tell us about empires’ lasting global effects. The preface shifts that a little, describing the book’s purpose as being ‘to show how empires were ruled, in particular how their ruling peoples conceived their task in running these vast, rambling, and diverse enterprises that we call empire’. Kumar declares that he aims not to detail the mechanics of imperial rule, but to ‘examine the ideas and ideologies that governed the thinking and at least to some extent, the policies of imperial rulers’. He then qualifies further that ‘how far they were able to carry these out, how far indeed they intended to do so, varied from empire to empire…’ (xii-xiii, my emphasis). A few pages later the ‘main concern is the outlook and attitudes of the ruling peoples during the period of actual imperial rule’ (6, my emphasis).This introduces a persisting confusion between ‘rulers’ (who may be a foreign family, like the Hanoverians or the Habsburgs) and ‘ruling peoples’ – a much larger number of people, defined, it appears, by speaking the same language. This involves a silent merging of two very different sociological categories: ‘dynasty’ and ‘nation’. A dynasty is composed of its founders and those recognised as legitimately begotten descendants. The marriage of two dynastic heirs, if followed by the birth of (usually) a son, would unite two dynastic domains regardless of how far apart they were geographically or ethnically. Dynasties long preceded nations and disregarded their boundaries. Nations only emerged as political entities across Europe and America around 1750-1800.

Setting such confusions aside, we may see this as a comparative project in the history of imperial ideology. The book is highly reminiscent of Anthony Pagden’s Lords of All the World: Ideologies of Empire in Spain, Britain and France c.1500-1800, which appeared over twenty years ago. That book laid out the ways in which the ideologies of empire had been debated across the early modern world. Pagden presents a lucid thematic analysis of ideas of conquest and rule held by leading intellectuals and policymakers across three empires and several centuries. But Pagden’s work wisely ended in 1800, just when the intermingling of nationalism and empire began.

Kumar’s project is similar but more grandiose. He analyses five empires (not counting the Roman, which occupies 36 pages in the book). Unlike Pagden, however, Kumar looks at each of the five in separate chapters. He begins with the Ottoman Empire (c.1400-1919), followed by the Habsburg dynastic realms, the ‘Russian and Soviet’, the British and, finally, the French empires. The choice, as he acknowledges, is to some degree arbitrary, but he believes these five are ‘the most important of the modern empires’ (xv, my emphasis). That is a shaky historical claim: it implies that their shaping of the world was more significant than that achieved by the American or Chinese empires, each of which expanded over vast territories between 1700 and 1900 and assimilated or destroyed large populations in the process. Nor should we fail to mention that these two are still with us and increasingly rivals for world dominance.

Now, logically, the first step in studying the ideas of the ‘ruling peoples’ is to identify those peoples. Let us start with the Ottomans. The specialists such as Kemal H. Karpat have long established that ‘Ottoman was the name of the dynasty and that was synonymous with the state, which was considered to be the Sultan’s mülk or propert […] Turk was the name given to a great variety of tribes and commoners speaking one of the Turkic Oguz dialects’. The Sultan ‘owned’ his state and empire and named it after his founding ancestor ‘Osman’; he constantly recruited followers and servants from across his domains. Osman was but one of many such Turkish chiefs. Once his lineage prevailed, however, it built on the Inner Asian heritage of the Turks. The clue is in the (unmentioned) fact that the empire consistently conducted its administration in Turkish, even if this was strongly inflected with Arabic and other languages. One might have made the argument that Sunni Muslim Turks were the ‘ruling people’. If so, it is in the enormous archive that they left behind that Kumar might have found their ‘ideas and ideologies’. But instead he largely paraphrases what western Europeans said about the empire. The contrast of Ottoman marital and reproductive politics with those of its neighbour in Habsburg Austria is also left unexplored. The Ottomans ceased to marry into other ruling families. They instead begot heirs from select enslaved women who might then be manumitted. Male heirs had, however, to fight their way to the throne against other sons. The loss of a kingdom by default of heirs (as happened to the Habsburgs in 1700) was not possible.

The Ottomans’ immediate neighbour was the long-surviving Habsburg dynasty, which at one time governed the entire Spanish empire as well as much of Europe. Here the focus shifts entirely to a ruling family. But this succession of kings and one notable queen cannot be defined as a ‘ruling people’. The power politics of early European states were impossibly entangled with accidents of biology and the Roman church’s ban on divorce and polygyny. There is no other way to account for the same dynasty (for a time) ruling Chile and Croatia.  If the English Queen Mary I (1553-58) had borne an heir while married to the Habsburg Philip II of Spain (Consort 1556-58), then England too might have been part of that empire. Provinces, cities and states often changed hands not because of the wishes of any ‘ruling people’, but purely as a result of the sterility or fertility of a dynastic marriage. Kumar quotes the saying ‘tu felix Austria, nube’ (‘Thou, happy Austria, marry’) twice (163, 173), but does not acknowledge that the way the empire took shape by marriage and inheritance shatters the idea of this empire having ‘a ruling people’. The major rupture, for example, between the kingdoms of two branches of the Habsburg dynasty occurred because of the death, without heirs, of Charles II, the last Habsburg king of Spain, in 1700.

Still, if any single empire of Kumar’s set of five is judged to have enduringly ‘shaped’ the modern world, it would be either the British or Spanish one in the Americas. The first shaped the United States and Canada; the second, the vast lands south of the US border. But Kumar devotes a single chapter to the Spanish and Austrian Habsburgs together. In the last part, he slides solely into a discussion of Austria as centred on Vienna. Contrary to his announced agenda, thinkers cited here are scarcely ever the imperial elites or policymakers: they are largely later historians, novelists like Robert Musil and figures such as Karl Renner, who had something positive to say about the Austro-Hungarian empire. This chapter is followed by chapters on the Russian-Soviet, British and French empires. With these three at least, we may find an arguably identifiable ‘ruling people’: the speakers of Russian, English and French respectively.

The book periodically returns to the concept of ‘imperial nationalism’ in a Hegelian mode. This is something present when ‘a nation – not always consciously  – gets its sense of itself and its purpose in the world by becoming the vehicle of a principle that is larger than itself, typically in an empire with a ‘‘world-historical’’ or universalist mission’ (287). With the French and British empires, we do get some presentation of elite views of their empire and its future – the original agenda of this book. Britain and modern British society are Kumar’s particular area of study, and this chapter is therefore the best documented. Here he cites major English thinkers of the imperial period, including Edmund Burke, James Mill, Thomas Macaulay, John Seeley and Winston Churchill. Kumar however bridles at Bernard Porter’s argument that the empire concerned only a few upper-class men and the masses cared little for it. But he has no real criticism of the very specific evidence that Porter put forward, beyond saying that empiricism ‘can be a crude thing’ (322). He presents many caveats about how evidence should be assessed, but little reference to or assessment of the evidence itself.

Much of the book reads like a digest of notes from select secondary sources rather than a sustained argument. Apart from ‘cherry-picking’ evidence, the book also never develops a consistent response to specific critics (Edward Said or the aforementioned Porter, for example). The comparative and analytic frame found in works as diverse as Niall Ferguson and Pagden is lacking as well. The Epilogue offers an unconscious acknowledgement that the book has not been a good vehicle for its own ‘world-historical mission’. An Epilogue is where one would expect to find the distilled evidence for how these five empires shaped the world; instead, it ends weakly with a plea for the continued study of empires. 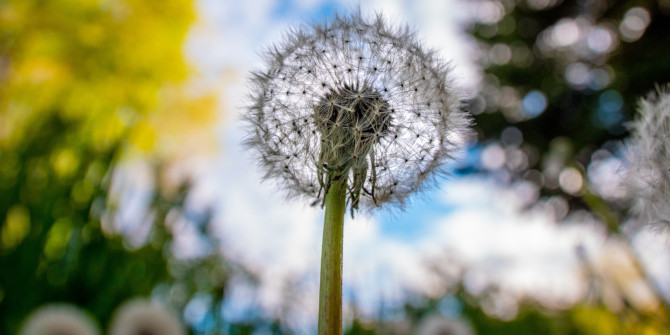 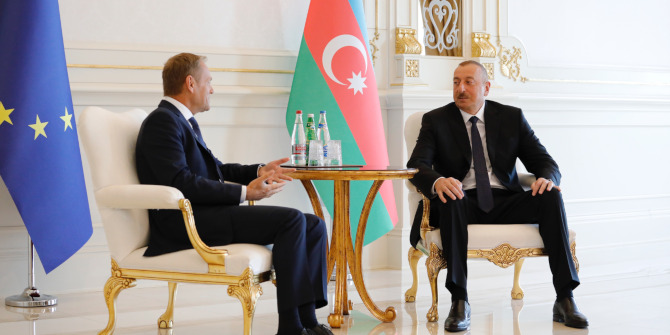