The disengagement of the United States from multilateral cooperation and a rise in ‘illiberal’ politics across the globe have led many observers to conclude the liberal international order is in a state of decline. Drawing on a new study, Mette Eilstrup-Sangiovanni and Stephanie C. Hofmann argue that what we may be witnessing is not necessarily the breakdown of the existing order, but rather its transformation into a broader, more inclusive system of global governance, reflecting the need to accommodate new actors and problems.

The “liberal” global order may be in need of therapy. After all, some say it is in rapid demise. Others insist it remains as strong as ever. Not only is the vigour of the liberal order hotly debated, but its very constitution is questioned. Is the order about economic and/or political freedoms? Is it a global order or merely a club of western (or westernised) democracies who diffuse and/or impose their standards on others? Lastly, one might wonder whether the liberal order presents a self-sustaining normative system, or whether it is part of a larger system in which principles like sovereignty co-exist with liberalism. These questions and doubts are a recipe for an identity crisis.

In a recent study, we critically examined the global order since 1945, identifying three foundational elements that have done most of the ‘ordering’ of international relations: national sovereignty, economic openness and rule-based multilateralism. These values and norms do not combine to form a harmonious system, but exist in a tense relationship as they can combine in different – and sometimes clashing – ways. For example, principles of multilateralism and economic openness have frequently clashed with norms of sovereignty, and vice versa. Thus, economic liberalism has never been absolute, nor has respect for national self-determination been consistent. Still, we concur that if one or more of these principles were to lose their prescriptive force and be systematically violated, this would constitute a crisis of the existing order.

What is in crisis?

One source of anxiety about the state of the liberal order is the United States’ disengagement from multilateral cooperation, and pursuit of unilateral policies. Such anxieties take for granted the centrality of American power and leadership to effective multilateral cooperation. However, U.S. leadership has arguably never been as critical to the functioning of existing multilateral frameworks as this view assumes. While the U.S. took the lead in crafting major economic pillars of the post-war order (including the Bretton Woods institutions and the GATT), it has been a reluctant sponsor of many others.

For example, Washington has long been sceptical of intrusive multilateral arms control beyond the nuclear realm, and has declined to sponsor multilateral cooperation to uphold “liberal” values in regard to the displacement of people and freedom of movement. When it comes to cooperation on environmental protection, sustainable development and human rights, global leadership has often rested with countries other than the U.S. In short, U.S. involvement in the global institutional infrastructure has been fractional and conditional for many decades, suggesting that multilateralism, sovereignty and economic liberalism can be upheld without U.S. sponsorship. 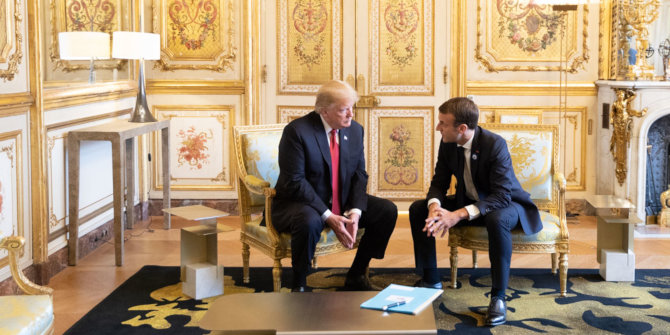 Others worry about a broader “crisis of multilateralism”, citing unilateral withdrawals from multilateral fora, growing deadlock in major international institutions such as the UNSC or WTO, and a general lack of compliance with existing international rule-sets. Here again, there are grounds for scepticism. Recent assessments of international treaty withdrawal suggest that exit from international agreements is neither a new phenomenon, nor definitely increasing. While a few high-profile cases of exit have attracted much attention, a slight increase in the overall number of treaty withdrawals must be seen in light of rapidly growing numbers of treaties as well as states in the international system, a point we will come back to later.

Second, we must be careful not to conflate the fact that specific international organisations are challenged by exit or deadlock with the institutional order itself being in crisis. Since 1945, existing international organisations have continuously been abandoned or dissolved while new ones have been created to replace them. Third, while some cases of exit or non-compliance may signal disregard for multilateralism as such, it is important to note that states historically have often used exit as a means of contestation and a way to build pressure for reforming existing international agreements. Indeed, the ability to contest individual international institutions and push for their adaptation through (threats of) exit provides an important means of securing their continued legitimacy.

A third concern recognises that multilateral cooperation is on the rise in many areas, but holds that institutional proliferation has led to the fragmentation of international law, and entrenched regionalism. Thus, some worry that the previously “inclusive” multilateral system is giving way to a fragmentated system of competing regional blocks and separate “spheres of influence”. Others have argued that institutional fragmentation threatens multilateralism by encouraging forum shopping. Again, such worries often lack systematic support.

A fourth alleged sign of crisis is that liberalism as such is in decline, as illustrated by the rise of illiberal populist forces in many countries across the globe. When considering the force of this argument, it is important to consider whether political liberalism has ever been constitutive of the post-war global order. To our mind, the global order is liberal insofar as it promotes economic openness and interdependence between most countries worldwide, and to the extent that it is in principle open to participation by most states. However, we do not see the order as embodying a firm doctrine of political liberalism based on the promotion of human rights, democracy, or free movement of people. After all, the meaning and importance of these terms remain heavily contested and many participants in the construction of the global order since 1945 have been non-democracies. We also note that efforts to promote political liberalism have often clashed with norms of sovereign equality – a foundational aspect of the current global order.

The contemporary global order is changing. This is ‘natural’. Today’s world is politically, economically and technologically more complex than when the institutional pillars of the order were agreed in the 1940s and 1950s. This has led to contestation, and change. On balance, however, what we may be witnessing is not necessarily the breakdown of the existing order, but rather its transformation into a broader, more inclusive system of global governance, reflecting the need to accommodate new actors (some of which are more reactionary and authoritarian) and problems. The system is ‘growing up’. The dispersion of material power in the international system, cited by many as a critical challenge, has been associated with greater heterogeneity of preferences and resulting disputes. However, it has also led to growing participation in core international institutions, and to the proliferation of new institutions through which diverging preferences can be arbitrated.