The ongoing dispute over whether a new Scottish independence referendum should take place reflects very different interpretations of Scotland’s sovereignty, writes Anthony Salamone. Questions of whether Westminster or Holyrood can determine if a new referendum is held are distinct from the issue of independence itself, and will most likely continue to be contested at least until after the next Scottish parliamentary elections.

Independence is the predominant issue of Scottish politics, with a significant amount of business at Holyrood filtered to some degree through its prism. Even the most consequential matter of the day – Brexit – has become more a proxy for ongoing arguments over Scotland’s constitutional future than an impetus for substantive reflection on its relationship with the rest of Europe.

While Scotland’s opposition to leaving the EU has been clear and consistent, Brexit has been instrumentalised as a centrepiece in Scottish discourse on power and autonomy. Nevertheless, Brexit has transformed the independence debate by raising the serious prospect of a further referendum much sooner than otherwise would have been expected. Brexit has also ensured that the outlook for Scottish independence is completely changed from 2014. The UK’s pursuit of departure from the EU contrasts sharply with Scotland’s likely application for EU membership under an independence scenario. This substantial divergence creates new questions – particularly about Scotland’s path to EU accession as a third country and the potentially harder border between Scotland and England – which have only begun to be meaningfully discussed.

First Minister Nicola Sturgeon has stated her intention to hold a referendum by the end of this year. Last month, she made a formal request to the Prime Minister for the powers to hold a legally valid plebiscite. Alongside the request, she published Scotland’s Right to Choose: Putting Scotland’s Future in Scotland’s Hands, the Scottish government’s written case for holding a new vote. Its tenets include the UK’s withdrawal from the EU against Scotland’s democratic will, the current pro-independence majority of the Scottish Parliament and Scotland returning an overwhelming majority of seats for the Scottish National Party (SNP) at the recent UK general election.

Boris Johnson has responded with a one-page letter rejecting a new referendum, without any great detail. Even if the UK government were to agree, at this stage it would be logistically challenging to organise a deliberative referendum for 2020.

Separate to the arguments over whether Scotland should become independent, the debate on whether an independence referendum should be held reflects strongly dissonant interpretations of the United Kingdom as a state, the functioning of its constitution and the locus of democratic authority. Scotland’s recent precedent of holding the 2014 independence referendum has, perhaps unsurprisingly, formed a cornerstone of the present debate. The Scottish government has consistently sought to replicate the same major steps as before: the devolution of power to hold a referendum, a formal agreement with the UK government on its conduct and outcome, and the delegation of its main parameters to the Scottish Parliament (instead of the UK level).

In light of the current disagreement over holding a new referendum, this precedent poses a salient question – why did the 2014 referendum happen? In one explanation, the SNP won an outright majority at the 2011 Holyrood election (the first time a party had done so) on a headline manifesto commitment to hold an independence referendum. The UK government facilitated the necessary processes to make the prospective referendum legal, in a straightforward implementation of the democratic will of the people of Scotland. Scottish institutions ultimately undertook the referendum.

In another explanation, the UK government decided, in view of the SNP’s majority victory at that election, to agree with the Scottish government that an independence referendum should take place. Since the constitution is a reserved matter, the UK government undertook that determination at its sole discretion as the ultimate guardian of Scotland’s interests, with the UK the state and Scotland a component part.

These two competing interpretations of the basis for the 2014 independence referendum are underpinned by markedly different logics. The first interpretation implies that sovereignty rests with the people of Scotland and it supports the premise that the UK is a multinational state, not a nation itself. The second interpretation suggests that sovereignty instead rests with UK institutions (the UK Parliament, UK government, the Crown-in-Parliament) and it presupposes that the UK is a single nation in which the powers of sub-state entities like Scotland are permanently delimited unless the central institutions decide otherwise.

These conflicting points of view lead to alternative definitions of what constitutes a mandate for an independence referendum. Under the Scottish sovereignty approach, the people of Scotland decide through elections whether a referendum should take place. While Scottish or UK elections could be relevant, the status of the Scottish Parliament as the national legislature of Scotland makes it the logical venue for such determinations. In short, a majority in the Scottish Parliament in favour of holding an independence referendum represents a mandate for one to take place.

Under the UK sovereignty approach, the UK government decides both whether a referendum should happen and what measures it chooses to apply to make that decision. These could include the results of elections in Scotland, opinion poll evidence on support for independence and separately for a referendum, the amount of time since the last referendum, and the positioning of civil society, business and popular movements. The mandate derives from the UK government’s central interpretative authority of Scotland’s interests and its executive powers of the state.

The chasm between these two perspectives is wide – and it is difficult to imagine how it might be bridged. Reflective considerations of democracy and sovereignty were obviated in 2011 by the UK government’s expeditious decision not to obstruct the Scottish government’s efforts to deliver a referendum. By contrast, since the EU referendum the Scottish government has made two formal requests for referendum powers (in March 2017 and December 2019), neither of which has been successful to date. No obvious solution presents itself in the case of such disagreement between the Scottish and UK levels.

The Scottish government will only proceed with a valid and recognised referendum. Legal recourse has never been attempted, but it could prove perilous for the independence movement if the courts decided in favour of UK institutions. The UK’s evolutive constitution provides no mechanisms to resolve this kind of dispute – except perhaps to theoretically assert UK parliamentary sovereignty.

Yet the UK government cannot escape the precedent of the 2014 referendum, which was an exercise in popular sovereignty. Viewed in that way, the vote was not simply a decision by the people that Scotland should not become independent, but their affirmation that Scotland should remain part of the UK. It follows that popular consent on Scotland’s participation in the UK could be revoked in future.

The best way forward lies in separating views on independence from criteria for a referendum. Those criteria would have to be agreed by both the Scottish and UK levels. A third party, such as the Electoral Commission, could be appointed to make determinations on whether they had been met. Making the calling of an independence referendum procedural rather than political would place the focus on satisfying the criteria instead of contesting their definition.

This debate will persist until either a referendum is agreed or the next Holyrood election scheduled for May 2021 takes place. After the election, the calculus will shift depending on the results, how the new Scottish government proceeds and how the UK government responds. London should not assume that views in Scotland on independence and a mandate for a referendum align. If a consensus emerges in Scottish politics after the next election in favour of a new independence referendum (separate from views on independence itself), the UK government might find that unity hard to ignore. It is perfectly possible – indeed, likely – that a new referendum is eventually agreed while leaving the issue of competing interpretations of sovereignty completely unaddressed. Nevertheless, that question will linger for the UK – regardless of Scotland’s constitutional future.

Anthony Salamone
Anthony Salamone is Managing Director of European Merchants, a Scottish political analysis firm in Edinburgh. His academic and policy expertise focuses on EU politics and institutions, Scottish politics, Brexit and UK politics. He is a Member of the Edinburgh Europa Institute and Honorary Fellow of the Scottish Centre on European Relations. 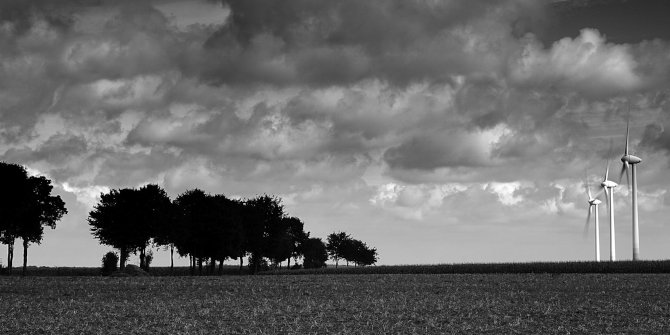