How should academics approach their roles as public intellectuals in light of decreasing trust in experts and growing need for their expertise? Peter J. Verovšek argues there is a need to ensure the strategic competition for media power does not destroy the quality of public debate that is necessary to maintain a functioning representative democracy. Academics should view themselves as guardians of the public debate.

In addition to the significant damage it has already done, the British government officially estimates that the UK economy will sacrifice another £130bn in lost GDP growth over the next 15 years under the terms Boris Johnson’s Withdrawal Agreement. While this loss of 6.75% of GDP under Johnson’s deal is smaller than the estimated 9.3% losses under a no-deal scenario (which may still come to pass on 1 January 2021), both of these options pale in comparison to the relatively paltry 3.9% turn to the negative previously expected from the agreement negotiated by Theresa May.

Surprisingly, these dire economic predictions do not seem to have moved the needle of public opinion. On the contrary, in their manifestos leading up to the 12 December general election, both the Conservative and the Labour Parties promised steep increases in future (post-Brexit) social spending at a time when economic growth and tax receipts are both expected to fall.

One possible explanation for this apparent apathy is British voters care more about cultural issues than they do about their pocketbooks. While such cultural accounts are plausible, they are also insufficient. After all, the Brexiteers in Westminster are not actually arguing that it is worth paying the expected costs of leaving the EU to protect Britain’s identity and cultural heritage. Instead, they are denying that these losses will even occur. Even though increased global trade cannot make up decreased trade with Europe, Michael Gove has repeatedly argued that Britain will be richer after it has ‘free[d] itself from the table d’hote of EU membership’, allowing it to ‘dine à la carte across the globe’.

The prevalence of such optimistic economic claims not only reflects the voting priorities of a large portion of the public, but also signals a broader turn towards a politics of ‘post-truth’. Indeed, the rejection of government estimates by both the public and the government itself seems to reflect a broader scepticism towards experts. This attitude is summed up perfectly in Gove’s statement during the referendum campaign in 2016 that ‘the people have had enough of experts’.

Despite its rhetorical effect, this conclusion is too hasty as there are also important countervailing trends. To start with, this increasing scepticism towards experts in the public sphere has been accompanied by a growing need for expertise in business. Students (and their parents!) are responding to the pressures they see in the labour market by turning away from the humanities towards STEM fields in the hope that degrees in science, technology, engineering and mathematics will help secure employment after graduation.

These developments are also having an increasing impact on how the higher education sector thinks about the relationship between academic research and society. For example, universities in the UK increasingly expect scholars to engage in public outreach and ensure that their research has measurable ‘impact’ beyond the academy. There is also some empirical evidence to suggest that the public has maintained a broadly positive attitude towards experts.

As a result of these considerations, how should academics approach their roles as experts and public intellectuals in light of these somewhat contradictory trends? The first and most important conclusion is this: it is not the role of experts or public intellectuals to tell the public what to do or else. Not only does such preaching tend to generate a backlash among those who resent being dictated to by ‘the elite’; it also unnecessarily invokes the so-called TINA doctrine (‘there is no alternative’), which rhetorically robs voters of their capacity to see themselves as co-authors of the potentially coercive laws that govern their lives.

Where does this leave us? At a time when news corporations and social networks are seeking to increase their advertising revenue by using techniques including polarised debates, clickbait, and ‘fake news’, most journalists, commentators, talking heads and influencers depend on small communities of highly engaged individuals living in echo-chambers and epistemic bubbles in order to keep their ratings up. In this increasingly siloed public sphere, politically and financially unaffiliated public intellectuals and experts need to ensure that the strategic competition for media power (and the profits that come with it!) does not completely destroy the quality of public debate that is necessary to maintain a functioning representative democracy.

Because their livelihood does not depend on their engagement or on the concrete policy positions they take, experts and public intellectuals should understand themselves as neutral guardians who ensure that public debate is not driven off the rails by the profit motives of the corporate (social) media. This is the conclusion of some of the twentieth century’s foremost political thinkers and public intellectuals. For example, Jürgen Habermas, whose work is devoted to exploring the importance of the public sphere in legitimising modern democratic societies, concludes that public intellectuals are called to speak out ‘when current events are threatening to spin out of control – but then promptly, as an early warning system. […] They have to be able to get worked up about critical developments while others are still absorbed in business as usual.’ Similarly, Michel Foucault argues that experts ought to ‘provide instruments of analysis, to locate lines of weakness, strong points, positions where the instances of power have secured and implanted themselves’.

While public intellectuals and experts cannot tell citizens ‘what is to be done’, they can and should act as what Pierre Bourdieu calls ‘defenders of the universal’, who ensure that all viewpoints are considered and that debates are based on factual information, not lies and wishful thinking. In this way, they can help to ensure that the public opinion that filters its way into parliamentary debates (and ultimately into law) is not based merely on the commercial interests of the media power of private corporations. In modern, industrialised, democratic societies, experts and public intellectuals are therefore called to help ensure that public deliberation proceeds in such a way that we can figure out what the people think under the best conditions possible.

There are several different steps that we can take to help encourage better, more productive debate in our digital age. The stakes are high. If we do nothing the threat is not only that lies will triumph over truth. Even worse, we may lose the shared, open public sphere that binds us together within a single political community, within the ‘common world’ that makes politics possible in the first place. Insofar as it is possible to combat these trends by pushing for solutions and finding ways to reestablish the framework for a shared debate, it is the duty of public intellectuals and experts to do so. 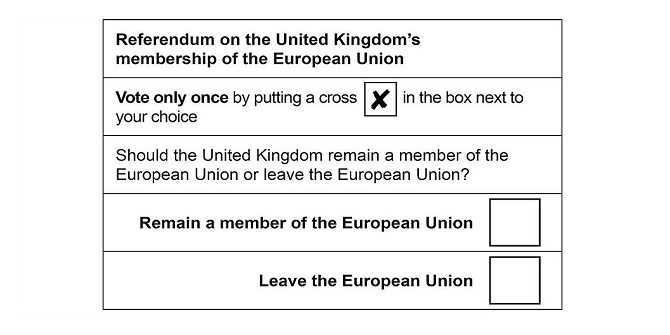