Covid-19 will have major economic consequences for Europe, but how large will the costs prove to be? Iain Begg outlines the difficult economic choices the outbreak poses for policymakers and analyses the long-term effects the economic downturn is likely to have.

Rapidly rising unemployment rates and warnings from many businesses about their viability testify to the looming economic threats from the Covid-19 health crisis. A sharp recession is already underway and could see a double-digit percentage decline in global GDP in the next quarter, with no real sense of when it will end or how a recovery can be achieved.

Unlike the financial and sovereign debt crises a decade ago, this ‘corona’ recession is the result of a deliberate choice by policymakers to put the economy into hibernation. From the perspective of public health, few question the wisdom of this policy, but it will have lasting effects and will require careful handling if long-term economic damage is to be minimised.

More poignantly, policymakers have to be sensitive to the social risks emanating from economic contraction. There is a well-established link between poverty and poor health, raising the deeply unsettling prospect of a second wave of health problems deriving from the economic impact of Covid-19, rather than the virus itself.

As explained in a new policy note published by Funcas, three distinct, though over-lapping, economic effects can be anticipated. The first is macroeconomic, with the sharp fall in GDP expected to lead to a rapid increase in both public and private indebtedness, potentially leading to renewed financial instability.

Policymakers, seasoned by their experiences of a decade ago, have been quick to respond. Coordinated action by central banks has seen interest rates slashed, vast new injections of liquidity, and renewed quantitative easing. The US Federal Reserve, for example, has promised new measures worth $4 trillion – some 20% of GDP.

Massive fiscal stimulus packages have also been agreed. In Germany and the UK, the headline totals are for measures in excess of 20 percent and 15 percent of GDP, respectively. Spain, having already announced initiatives worth around 8 percent of GDP has just added a raft of additional measures, while the $2 trillion US stimulus is more than double the amount of the Obama administration equivalent in 2009.

The second economic effect stems from the uneven incidence of the lock-down of economies. Aviation, tourism, leisure activities and non-food retail face an extended period of inactivity. Apart from the direct effect of the virus on the worst affected localities – such as Bergamo and adjacent parts of Lombardy, Madrid, New York and Wuhan – the economic woes could be severe for localities, regions or entire countries dependent on these sectors.

Although there will be some offset from the few sectors expected to gain from efforts to contain the virus – not least health care and the industries supplying it with equipment, consumables and so on – the risks to companies in locked down sectors are acute. Those with heavy overheads, whether large or small, will quickly exhaust their working capital and face insolvency.

For policymakers there will be a balancing-act: they need to provide support to keep companies – or even entire sectors, such as aviation – afloat while being alert to the need to avoid interventions likely to leave a legacy of zombie companies when the crisis abates. Governments already heavily indebted, notably Italy, face the further challenge of ensuring their own solvency.

The fiscal stimulus packages, in varying ways, take account of these considerations, with a mix of grants, loans and loan guarantees. The US has earmarked emergency loan funding for airlines and other directly hit sectors. Germany has created a massive contingency fund for corporate bailouts, together with provisions to fend off hostile takeovers of German companies made vulnerable by large drops in share prices, including by direct purchase of the company’s equity. Spain and the UK extended their initial packages to cover the self-employed.

Third, the effects on households will be profound, though again very uneven. Job losses will mean loss of income and the lockdown will deter the search for alternative jobs, likely in any case to be scarce. Households committed to payments for rents, utilities and other regular outgoings based on previously credible expectations of a certain level of income will find themselves in financial jeopardy. Many lenders and landlords have – so far – shown understanding, and it has been encouraging to see employers acting harshly being pilloried. But how long can this last?

Here again, policy responses have been forthcoming. The US, for example, has promised a cash payment to all taxpayers earning less than $100,000 per year – in effect a form of basic income – albeit only as a one-off. Several European countries have relaxed the terms for accessing benefits and many have also introduced provisions to prevent evictions.

Challenges for the EU

For the EU level, the crisis poses distinctive challenges. The European Central Bank has already acted, in concert with other leading central banks, and is plainly ready to do more. But in fiscal policy, the EU level is heavily constrained. It can help, though only marginally, to reinforce the fiscal stimulus effort by accelerating spending from the EU budget and maybe a bit more through loan guarantees. It has also signalled that obligations under EU fiscal rules and restrictions on use of state aids will be eased or waived.

But in other respects, reconciling standard ‘old’ concerns about what the EU should be empowered to do and the ‘new’ realties is proving tricky. The unsatisfactory outcome of the 26 March European Council, at which proposals for new or amended financial and budgetary instruments were on the table, left many politicians in Italy and Spain seething. The Eurogroup has now been charged with coming up with revised proposals before Easter.

While it is tempting to think the EU should use its own budget to support action in member states, the harsh reality is that every euro spent by Brussels has to come from member state budgets. For this reason, policy innovations based on borrowing offer much greater scope for effective action. The two key proposals are to enable the European Stability Mechanism (ESM) to broaden its mandate to provide loans to countries to fund the emergency measures, and to create new ‘Coronabonds’ as a collective measure to help fund governments.

The ESM route ought to be straightforward, but there is the awkward complication of its rules requiring governments availing themselves of loans to accept conditions on reforming their economies. Italy, the most immediate likely case, has been adamant that this is unacceptable. Coronabonds would, de facto, be a form of debt mutualisation, a step towards fiscal union which has been staunchly resisted up to now by the Eurozone’s creditor countries. It may be, in keeping with the EU’s longstanding propensity only to move forward in times of crisis, that this will be the time to make the quantum leap.

While the policy responses, despite the difficult circumstances of so fast-moving a crisis, have been impressive, attention must soon turn to what happens next. The main challenges for the medium and longer term can be summarised under three main headings: exiting ‘economic hibernation’, mitigating the ensuing macroeconomic fallout, and limiting the damage to the worst affected sectors and to households.

Ending the lockdown will require careful judgement of when the health imperatives need to give way to the economic concerns. Health is, quite rightly, uppermost today, but there will come a point when the knock-on social consequences of prolonged downturn become more of a concern. Pity the decision-makers who have to make this judgement of Solomon.

In macroeconomic terms, there can perhaps be more grounds for optimism. The term ‘macro-prudential’ came to prominence in 2009 as the financial crisis was unfolding, covering the interplay between fiscal conditions and financial stability. All governments will emerge from the crisis with increased debt, while financial systems are likely to be more fragile, including as a result of a fresh upsurge in non-performing loans. But the authorities do at least know what it takes to counter this and there is also the prospect that the recession will be v-shaped: a sharp rebound after the initial sharp fall.

The outlook for households and companies is where attention may have to be focused. The term ‘hysteresis’ is used by labour economists to capture the phenomenon of unemployment leading to detachment from the labour market and erosion of skills, detracting from employability. Here again, policymakers have a toolbox to use, including active labour market policies. However, they also need to be aware that it will be a slow process.

In the present context, a more troubling scenario would be if an equivalent of hysteresis applied to employers because their detachment from their markets damages their ability to do business. Few will previously have experienced inactivity in anything like this form – akin to a lengthy strike – for what could be a lengthy period has a similar effect in eroding their ability to compete. This is where new thinking is arguably most needed.

In one of his most renowned publications, The Economic Consequences of the Peace, Maynard Keynes bemoaned “a Peace which, if it is carried into effect, must impair yet further, when it might have restored, the delicate, complicated organization, already shaken and broken by war, through which alone the European peoples can employ themselves and live”.

Note: This article also appears at the Dahrendorf Forum. It gives the views of the author, not the position of EUROPP – European Politics and Policy or the London School of Economics. Featured image credit: Jorge Franganillo (CC BY 2.0) 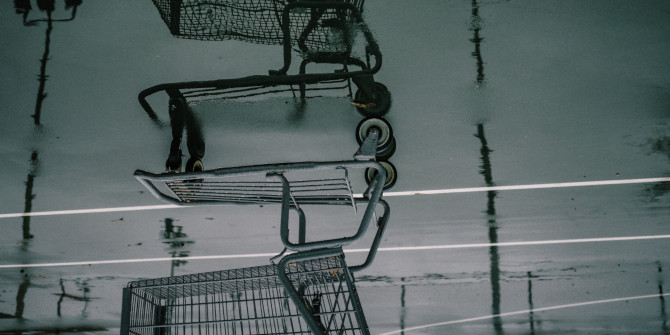 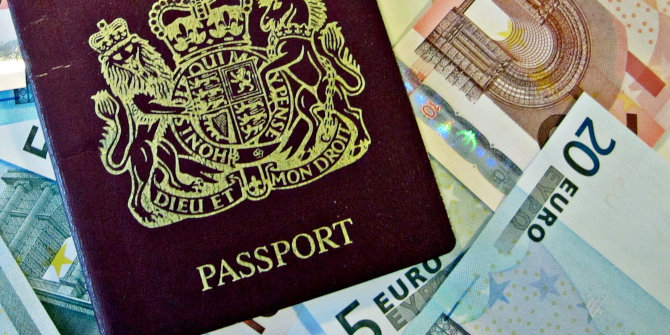 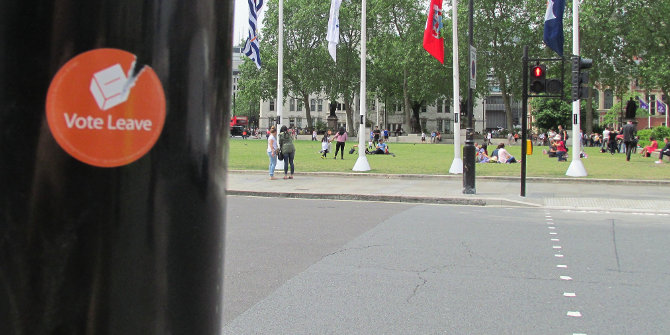