Independent experts have played a prominent role in the responses of European governments to the Covid-19 outbreak. But while there appears to have been broad public support for the involvement of experts in policymaking during the crisis, are there potential implications for democracy? Drawing on a new book, Eri Bertsou presents five lessons learned from research on technocratic politics and the role of independent experts in democratic systems.

During this time of crisis, the role of independent experts has been at the centre of the political response in nations around the world. Governments have leaned on scientific expertise, such as the prominent role of Dr Anthony Fauci, Director of the National Institute of Allergy and Infectious Diseases, in the US response to the pandemic, or Boris Johnson’s repeated assurances that the British response plan was based on scientific evidence and expert advice.

Citizens also want to see and hear from experts in times of crisis. In many cases people would rather see independent experts taking decisions directly, by-passing partisan politicians. Many who would otherwise accept the importance of pluralist views in political debate and the “inefficiencies” of democratic politics, argue that during times of crisis, the rules of the democratic game can change. Under such conditions, they are more interested in effective action that would lead to the best outcomes rather than in the usual democratic processes. This change in attitudes can manifest itself as heightened support for the existing leadership, what is known as the “rally around the flag” effect. It can manifest as increased demands for a technocratic or national unity government and a pause to party politics. In some cases, as happened recently in Hungary, it can also manifest itself as an acceptance of authoritarian measures that effectively negate a country’s democratic status.

As the public health crisis unleashed by Covid-19 turns into an economic and political crisis, the role of independent expertise in democratic politics will become an important question once more, reigniting debates as to which experts we can trust, what their role should be in our democracies and whether governments can absolve responsibility by following scientific advice. In a recent book focused on the relationship between technocracy and democracy, we studied the role of independent expertise in political systems and assessed what the effect is of technocratic politics on democracies around the world. We can draw together at least five key lessons from this research.

1. Independent experts are key parts of modern democratic systems – even if technocratic power is often described as a counterweight to democratic power.

The political role of independent experts is legitimated through the specialised knowledge they possess and the “neutral” position they occupy vis a vis political conflict. Independence and scientific expertise allows technocrats to advocate for responsible governance – efficient and optimal outcomes that are an integral part of democratic political systems.

2. Technocratic expertise can be non-partisan, but not apolitical.

The moment independent experts operate within politics, make political decisions, or are involved in the decision-making process, they become political actors. Political decisions are formulated to achieve specific goals and have important implications, often redistributive in nature. A review of all technocratic and technocrat-led governments in Europe by Marco Valbruzzi shows that the vast majority assume political power to achieve a specific set of goals, or remit. These goals need to be transparent. The same applies to technocratic bodies, such as the European Central Bank. Two studies of EU technocratic bodies presented in the book by Reinout van der Veer show that technocratic actors do show responsiveness to external demands.

3. False dichotomies: an important caveat of independent expertise in politics.

The belief that there can only ever be a choice between a ‘correct’ decision or a ‘wrong’ one is a false dichotomy. It makes opposition to technocratic advice impossible. If one argues against a recommendation that is derived through objective, rational and scientific analysis, then they must be ‘wrong’ by default. This ‘black-or-white’ view of the world is often shared between those with technocratic and populist political attitudes (the difference is that the latter group moralises the dichotomy as one between ‘good-or-evil’). However, this masks the true nature of politics and scientific expertise. Firstly, the correct course of action depends on the goals set, and secondly, true scientific inquiry rests on proving and disproving hypotheses to advance knowledge. Debate among independent experts and the wider community regarding methods and goals is always necessary.

4. Technocratic expertise can have a positive impact in many democracies.

Studying the effect of technocratic politics within democratic systems shows that most of the time, technocrats are invited in democratic politics to address shortcomings and failures. A study of the portfolios of finance and social welfare in 13 European democracies between 1980-2010 by Despina Alexiadou shows that technocratic ministers are more successful than their partisan counterparts in passing legislative reforms that are deemed necessary by the administration, but have a high political cost. In the Latin American context, Eduardo Dargent shows evidence from Peru and Bolivia where technocratic actors often co-exist with partisan politicians. However, the policies they initiate often tend to be closer to the concerns of the people than those advanced by elected politicians.

Technocratic cabinets emerge in the presence of a crisis, when the existing partisan actors are unwilling or unable to respond to the social, economic or structural failures of the system. Similarly, citizen support for technocratic governance is strongly shaped by their trust in the political system and their evaluation of the system’s democratic performance. The lower their trust in political actors falls, the stronger their preference for independent experts. A study on the effects of technocratic government appointment in European countries by Joshua Tucker and Jan Zilinsky shows that the experience of such a government does not undermine citizen support for party-based democracy, as long as the democratic cabinets that follow are perceived to battle corruption and govern effectively. 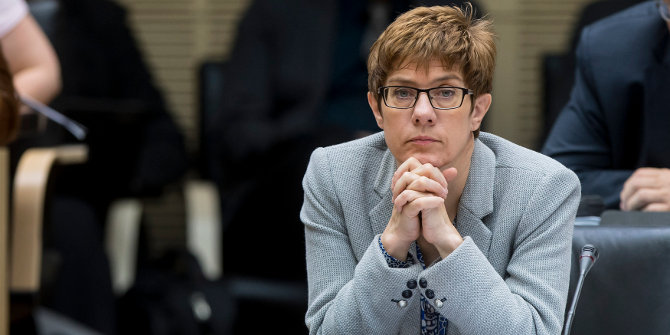