The European Commission has proposed a €750 billion package of grants and loans to aid the EU’s recovery from Covid-19. Iain Begg explains that much will now depend on whether the proposal can secure the backing of the so called ‘Frugal Four’ of Austria, Denmark, the Netherlands and Sweden.

‘Solidarity is back’, according to Manfred Weber (leader of the centre-right European People’s Party in the European Parliament) in his immediate response to the proposals announced on 27 May by Ursula von der Leyen for an ambitious recovery package, to be known as ‘Next Generation EU’ (NGE).

Her plan builds on the proposal put forward the previous week by France and Germany for a €500 billion recovery fund to provide grants to regions and sectors most severely affected by the crisis. The new Commission proposal ups the ante by adding an additional €250 billion for loans.

As a result, the collective EU response to the crisis is shaping up to be massive. The EU has been criticised in the past for being slow to react and for being unable to marshal resources commensurate with the scale of problems. This time is looking very different and has one crucial feature, namely how it will be funded.

It will, for the first time, allow the European Commission to borrow from the markets to finance its spending. Details are not yet fleshed-out, but this borrowing will be ‘repaid over a long period of time throughout future EU budgets – not before 2028 and not after 2058’. In the EU’s chronology, the later date is the very distant future, although some may notice it would be the hundredth anniversary of its founding. Apt?

If, and it remains a big ‘if’, these plans come to fruition, the overall EU fiscal stimulus proposed will become €1.3 trillion, approaching 10 percent of EU GDP in 2019. It comprises the €540 billion for loans agreed six weeks previously, the €250 billion of loans announced today and the €500 billion of grants announced for the NGE initiative. It would complement already large national stimulus packages.

In addition, the Commission is hoping to secure agreement for the next Multi-annual Financial Framework (MFF), perhaps riding the wave of the pressing need for something to be done and the new spirit of boldness.

Somewhat opportunistically, the Commission also wants to try, yet again (and von der Leyen was vigorously applauded by her MEP audience for mentioning it), to introduce new EU taxes. She mentioned levies on digital companies (Trump will love that…) and on those who cause environmental damage.

Von der Leyen asserted that adding the proposed MFF (€1.1 trillion between 2021 and 2027) takes the headline total to €2.4 trillion. The latter figure is somewhat disingenuous because it is not ‘new’ money and will be spread over seven years. Moreover, the conventional EU budget has to be funded by contributions from member states, many of which are already facing budgetary strains.

Care has been taken to label the resort to borrowing as a temporary solution for exceptional times, and not a ‘Hamiltonian moment’, referring to the decision in 1790 by Alexander Hamilton, Treasury Secretary, to mutualise the debt of US states. Even so, the many fiscal hawks across Europe will view it with trepidation.

Foremost among them are the ‘Frugal Four’ – Austria, Denmark, the Netherlands and Sweden. They had reacted to the Franco-German proposal with that eccentric EU device, a ‘non-paper’, in which, while acknowledging the need for a rapid collective response, they insist it must be in the form of loans, not grants. They also reiterated their well-known demand for a smaller MFF and the continuation of the various rebates from which they benefit.

The sole concession suggested by the ‘frugals’ is ‘frontloading’ of MFF spending. However, they explicitly rejected in advance what is now the NGE proposal to base the fiscal stimulus on allowing the EU to borrow, stating in bold font: ‘What we cannot agree to, however, are any instruments or measures leading to debt mutualisation nor significant increases in the EU-budget.’

Thus far, youthful Austrian Chancellor Sebastian Kurz has been the most vocal, berating the Franco-German plan and rejecting the idea of a ‘debt union’. Connoisseurs of German will know the word ‘schuld’ in German has a double meaning of ‘debt’ and ‘guilt’.

Germany has also long been uncomfortable about allowing anything that looks like common debt, making its support for the new approach all the more noteworthy. Clearly there has been a sea-change and the mood in Germany reportedly backs the Commission, with even hard-liners like former Finance Minister Schäuble said to be in favour.

The depth of anger in Italy is part of the explanation and there are real fears about whether a failed EU response would be a gift to euro-sceptical populists. For Angela Merkel, soon to leave the stage, this may be about her legacy: she will not want her political obituary to dwell on her failure to preserve EU unity and the survival of the euro.

Can it all work? Clearly, with the EU budget requiring unanimity, the ‘frugals’ can block it, but they will now come under immense pressure to concede, and the debate will be fractious. One MEP, Isabella Adinolfi of Italy’s Cinque Stelle party, in responding to the Commission announcement said they should be known not as ‘frugal’, but ‘selfish’.

Perhaps in an attempt to head off resistance from some current beneficiaries, the NGE announcement alludes to additional money for cohesion policy (a carrot for poorer regions) and rural development (for which, read ‘farmers’). Poland and other central and eastern European countries, uneasy about much of the NGE going to the south, will have been paying attention.

Germany, though, holds the key: its economic weight within the EU is more than double that of the frugals who, together account for under 10 percent of the EU population. As a convert and prime mover in the NGE, Germany can both claim to be making the biggest contribution and point to the broader gains from a successful European recovery. Against these arguments, the stance of the frugals looks not only dated, but out of touch with EU citizens.

Expect a combination of a charm offensive and painful arm-twisting. The one significant incentive available is rebates: all four frugals were accorded them (as was Germany… and the UK) in the last MFF. Although Brussels is keen to end these ‘corrections’, retaining them might facilitate a solution.

What the Commission proposes is bold and, many would argue, necessary both internally and globally. The European Union is a member in its own right of the G20 and a stimulus of this magnitude will be welcome well beyond the EU’s border. It deserves to succeed.

Note: This article first appeared at UK in a Changing Europe. It gives the views of the author, not the position of EUROPP – European Politics and Policy or the London School of Economics.

Iain Begg – LSE
Iain Begg is a Professor at the LSE’s European Institute and co-Director of the Dahrendorf Forum. 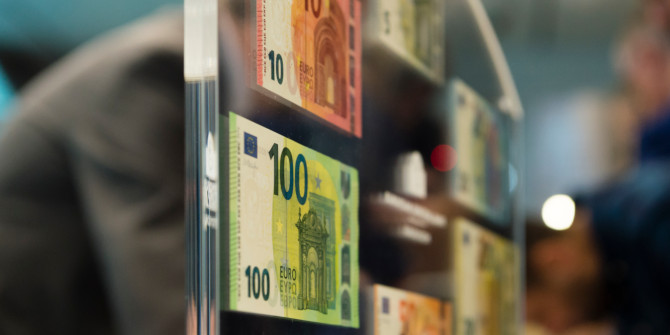