The eastern Mediterranean has seen a number of disputes over gas exploration and maritime boundaries. Moritz Neubert and Umut Yüksel write that jurisdictional ambiguity lies at the heart of the problem. However, despite the legal uncertainty and contradictory interpretations that exist between states, there remains a judicial way out.

Natural gas exploration and exploitation activities carried out by the Republic of Cyprus, Israel, and Turkey continue to raise tensions in the eastern Mediterranean. Yet, what appears to be competition over resources is in fact a manifestation of broader regional antagonisms. Opposing governments seek to isolate and disadvantage one another through conflicting claims and confrontational actions across interdependent issue areas. The existence of unsettled and disputed maritime boundaries incentivises governments to take action to bolster their claims.

One way to break the confrontational cycle is the judicial settlement of maritime boundary disputes. Pundits frequently point to the Greek-Turkish rivalry as the root cause of animosities within the region. A solution of this question has scope for paving the way for further rapprochements across the region, allowing governments to return to a diplomatic and inclusive process to decide upon the extraction and usage of natural resources for the benefit of all states in the region.

The disputes in the eastern Mediterranean play out in various interconnected issue areas. A key element of current disputes concerns the distribution of natural resources, primarily gas and oil.

In January this year, Greece, Italy, and Cyprus signed an accord to construct the EastMed pipeline which would carry natural gas from Israel to Europe. The US and EU welcomed this agreement as another step towards diversifying European energy supplies away from Russian sources. The Turkish government saw it, along with the EastMed Gas Forum, as another attempt to sideline the two existing Turkish pipelines Türkstream and Tanap.

In parallel, the Turkish government signed a Memorandum of Understanding with the Libyan Government of National Accord (GNA) on delimitation of the maritime jurisdiction between Turkey and Libya, which would significantly impede the project’s realisation. The EU rejected the agreement and a US State Department official described it as “unhelpful” and “provocative”. The agreement with the GNA has further increased Turkish stakes in the Libyan conflict. Consequently, it stepped up its military support to the GNA in the hope of halting the offensive by forces loyal to Khalifa Haftar.

Athens and Nicosia are continuing to build a diplomatic front vis-à-vis Turkey and the GNA. On 11 May this year, the Ministers of Foreign Affairs of Cyprus, Egypt, France, Greece and the UAE adopted a Joint Declaration denouncing ongoing drilling activities, the MoU, and Turkish involvement in the Libyan conflict. Two days later, the GNA rejected the position adopted in the Joint Declaration through a letter to the UN Security Council.

Interdependencies and the risk of escalation

These developments demonstrate the interdependencies between issue areas and create the risk of reinforcing cycles of confrontational actions. More importantly, the recent actions are not simply political statements of largely symbolic value. They are difficult to reverse as they carry material and judicial implications. Neither Turkey nor the GNA can easily revoke a legally binding agreement. Similarly, defence procurement or pipeline contracts have a long implementation period and cannot be terminated without costs.

In addition, these actions follow an increasingly escalatory logic. Stand-offs between vessels chartered by private companies and navy ships; the deployment of aircraft carriers and frigates; or parties’ growing engagement in the Libyan conflict create the risk of military confrontation. As governmental actors are rhetorically, materially, and legally entrapping themselves, they constrain their options for future concessions or negotiated settlements. Addressing the drivers of disputes is the first step towards deescalation.

Jurisdictional ambiguity in the eastern Mediterranean

What fuels these actions is the jurisdictional ambiguity due to the lack of clearly defined maritime boundaries. Undefined boundaries provide governments with opportunities to make unilateral claims regarding their jurisdiction. These incompatible views regarding the exclusive jurisdiction over maritime zones, in turn, provide the justification for incompatible drilling licenses, the construction of pipelines, and related naval activities.

The main source of incompatible views in a semi-enclosed sea like the Mediterranean is that maritime boundary delimitation agreements are required as the states’ maritime zones overlap. What complicates matters is that the law of the sea can be used to justify different treatments of islands, of which there are many in the region.

Whereas it has generally been accepted that islands are entitled to generate maritime zones like a state’s mainland, several delimitation agreements and judicial decisions have given islands less than full or no effect, especially when islands of one state lie close to the mainland of another.

Turkey seems to have taken the view that no island is automatically entitled to full maritime zones. The agreement with Libya notably ignores the presence of Crete, the fifth largest island in the Mediterranean Sea. Athens maintains that this position is “geographically absurd” and contrary to international law. The lack of clearly defined boundaries and the availability of different legal arguments to support conflict claims also encourage states to conclude agreements with third states in an attempt to establish faits accomplis at the expense of their neighbours.

Turkey has vehemently opposed the treaties that Cyprus concluded with Egypt and Israel. Similarly, the Turkish delimitation with Libya has been opposed by other regional players. In fact, few would have considered these two countries to have overlapping entitlements to maritime zones. The agreement was made possible because of previously undelimited boundaries between Greece and Libya, and the legal uncertainty allowing Turkey to interpret the treatment of islands in its favour.

Despite the legal uncertainty and contradictory interpretations, there may still be a judicial way out. Referring the various disputes about maritime jurisdiction to an international court or tribunal may not only provide a legal solution, but also break the diplomatic deadlock and decrease tensions in the various issue areas. Adjudication allows disputes to play out via legal arguments instead of reciprocal drilling licenses and naval manoeuvres. The substance of a judicial ruling is likely to disappoint all parties, but also allows the governments to protect themselves to a certain extent from domestic backlash.

The central bone of contention concerns the legal interpretation of an island’s maritime boundary. As recent dynamics highlight, this concerns Turkey, Greece and Cyprus. Hence, they should be the first step in a solution. Given the outstanding question of Cyprus’ recognition, we propose to focus on the maritime boundary dispute between Greece and Turkey first.

The contours of a solution that an international court or tribunal would reach is not hard to imagine. Whilst some of the Greek islands close to the Turkish coast would not be given full effect, others would generate maritime zones in the same way as a state’s mainland. Thus, an island such as Kastellorizo may not be given a continental shelf, but Crete’s coast would likely be treated as if it was the mainland.

Although a judicial solution is possible and would not disproportionately disadvantage any of the parties, it appears unlikely that the Turkish and Greek governments would take this step on their own. Since Turkey is not party to the United Nations Convention on the Law of the Sea (UNCLOS), and Greece recently decided to leave delimitation issues outside of the application of compulsory dispute settlement methods under UNCLOS, neither state can litigate against the other unilaterally. Therefore, taking the dispute to an international court would require governments to sign an agreement delineating the contours of their dispute, on which they disagree as they consider diverging issues to be at dispute.

Against the background of this disagreement and persisting diplomatic tensions between the Turkish and Greek – as well as Cypriot – governments, we suggest a third-party to facilitate the conclusion of such an agreement. A potential third-party would, however, need to account for various political challenges.

Without prejudice to the specific arrangement, the UK may be particularly suited to play this role for three reasons. First, the UK remains a guarantor power for peace in Cyprus. Second, the UK is no longer an EU member state and has not aligned herself explicitly with either of the conflicting sides. It may, therefore, be perceived as more impartial. Third, the UK possesses good relations with Egypt and Israel which allows for an inclusive process. Thus, the UK is potentially the party most likely to successfully guide a diplomatic process leading to a judicial and political settlement.

The resolution of the maritime boundary dispute between Greece and Turkey through the involvement of third parties may well jump-start a significant rapprochement between the two countries. It is likely to enable meaningful cooperation between the two NATO allies and ease tensions in the eastern Mediterranean more broadly.

It may also lead to progress in the resolution of the Cyprus question and could pave the way to a multilateral exploration of gas resources and could, therefore, give rise to an inclusive EastMed Gas Forum. Accepting a judicial adjudication would, furthermore, demonstrate Turkey’s commitment to good neighbourly relations and, therefore, provide the space for a rapprochement with the EU.

In doing so, it could transform the prevailing situation of antagonistic relationships and escalatory actions to a climate in which governments pursue mutually beneficial policies and try to settle their disputes through diplomacy and adjudication instead of unilateral measures.

Note: This article gives the views of the authors, not the position of EUROPP – European Politics and Policy or the London School of Economics. Featured image credit: Monika (CC BY-SA 2.0)

Moritz Neubert – University of Mannheim
Moritz Neubert is a PhD candidate in Political Science at the University of Mannheim (Germany) and a Research Associate at the Global Governance Centre at the Graduate Institute, Geneva. He is currently contributing as a Research Assistant to the project “Fighting Together, Moving Apart? European Common Defence and Shared Security in an Age of Brexit and Trump”.

Umut Yüksel – Graduate Institute, Geneva
Umut Yüksel is a Postdoctoral Researcher at the Graduate Institute, Geneva. He is currently working on the impact of international adjudication and how legal uncertainty shapes the ways in which states manage their mutual maritime boundaries. His policy-related work on law of the sea matters was previously published in the National Interest. 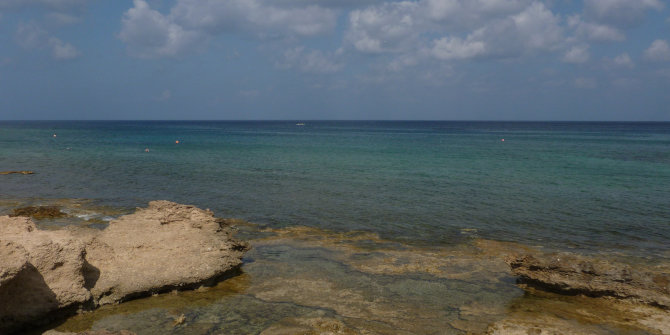